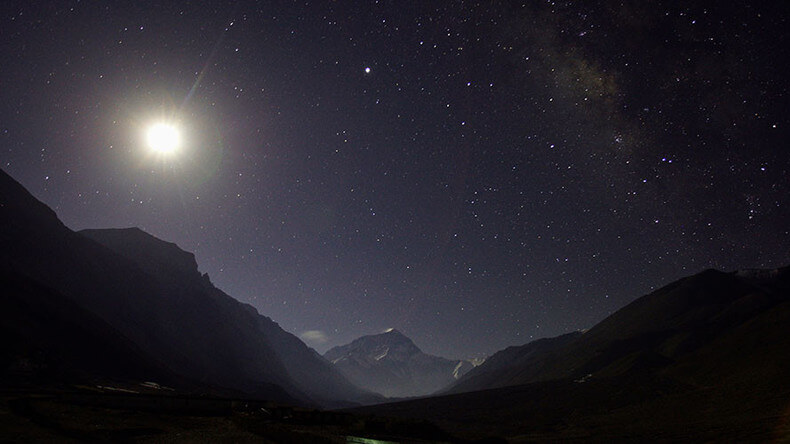 Although we usually have a pretty good handle on all the different kinds of blips and blobs detected by our telescopes, it would be unwise to assume we’ve seen everything there is to see out there in the big, wide Universe. Case in point: a new kind of signal spotted by radio telescopes, which has astronomers scratching their heads.

© Norris et al., arXiv, 2020 Four of these strange objects have been detected. All of them are circular in shape, and three are particularly bright around the edges – like a ring, or a bubble that is more opaque around the edges.An international team of astronomers led by astrophysicist Ray Norris of Western Sydney University in Australia has nicknamed them ORCs – short for “Odd Radio Circles” – in a new paper posted to arXiv and submitted to Nature Astronomy, where it awaits peer review.”Circular features are well-known in radio astronomical images, and usually represent a spherical object such as a supernova remnant, a planetary nebula, a circum-stellar shell, or a face-on disc such as a proto planetary disc or a star-forming galaxy,” the researchers write in their paper.”They may also arise from imaging artifacts around bright sources caused by calibration errors or inadequate de-convolution. Here we report the discovery of a class of circular feature in radio images that do not seem to correspond to any of these known types of object or artifact, but rather appear to be a new class of astronomical object.”The ORCs were first spotted in data collected during the late 2019 Pilot Survey of the Evolutionary Map of the Universe (EMU) conducted using the Australian Square Kilometer Array Pathfinder, one of the world’s most sensitive radio telescope arrays.When scientists began looking at the images collected, they spotted a strange, faint circle. They then spotted another, and then another still. Once might just be a glitch. Three seems somewhat more significant.Even so, it could still be a quirk of the instrument, or a local detection, like the time the Parkes Observatory was detecting a microwave oven. That seems unlikely, given the stringent efforts to maintain a radio quiet zone at the ASKAP site, but it’s not completely out of the question.

That possibility was put to rest when the fourth ORC was discovered – in archival data, collected in 2013 with the Giant MetreWave Radio Telescope, a few years before ASKAP was switched on. Follow-up observations of ORC 1 and ORC 2 using a different telescope, the Australia Telescope Compact Array, also revealed the objects.

And they certainly are odd. All four ORCs are at high galactic latitudes, at some distance from the galactic plane, and are around 1 arcminute in diameter. That’s around 3 percent of the size of the Moon in the night sky, but since we don’t know how far away they are, that may not mean much.

All four are also only visible in radio wavelengths – they are completely invisible in X-ray, optical, or infrared wavelengths.

It’s possible that they could be linked to galactic activity, but only two of the ORCs have an optical galaxy near the centre of the radio emission. One of the ORCs looks somewhat different – ORC 3 appears to be more of a uniform disc, compared to the more ring-like appearance of the other four.

As for supernova remnants, the problem is with numbers. The EMU survey only looked at a small patch of the sky, and detected three ORCs. For that to be likely, there would need to be at least 50,000 supernova remnants in the Milky Way. We know of only around 350.

The team believes that whatever is causing the ORCs is likely outside the Milky Way, like a giant spherical shockwave from some massive event.

“Several such classes of transient events, capable of producing a spherical shock wave, have recently been discovered, such as fast radio bursts, gamma-ray bursts, and neutron star mergers. However, because of the large angular size of the ORCs, any such transients would have taken place in the distant past,” the researchers write in their paper.

“It is also possible that the ORCs represent a new category of a known phenomenon, such as the jets of a radio galaxy or blazar when seen end-on, down the ‘barrel’ of the jet. Alternatively, they may represent some remnant of a previous outflow from a radio galaxy.”

There could also be more than one cause of the ORCs. It really is an intriguing mystery. But the scientists seem pretty convinced of one thing – that what we’re looking at is a new phenomenon or new detection of a known phenomenon, and not a repeat of that time in 2018 an astronomer “discovered” Mars.

We might not have to wait long to find out more. In their data, the team also identified six even fainter candidate ORCs that could be followed up, to help shed some more light on this strange phenomenon. Anyone got a really good radio telescope?