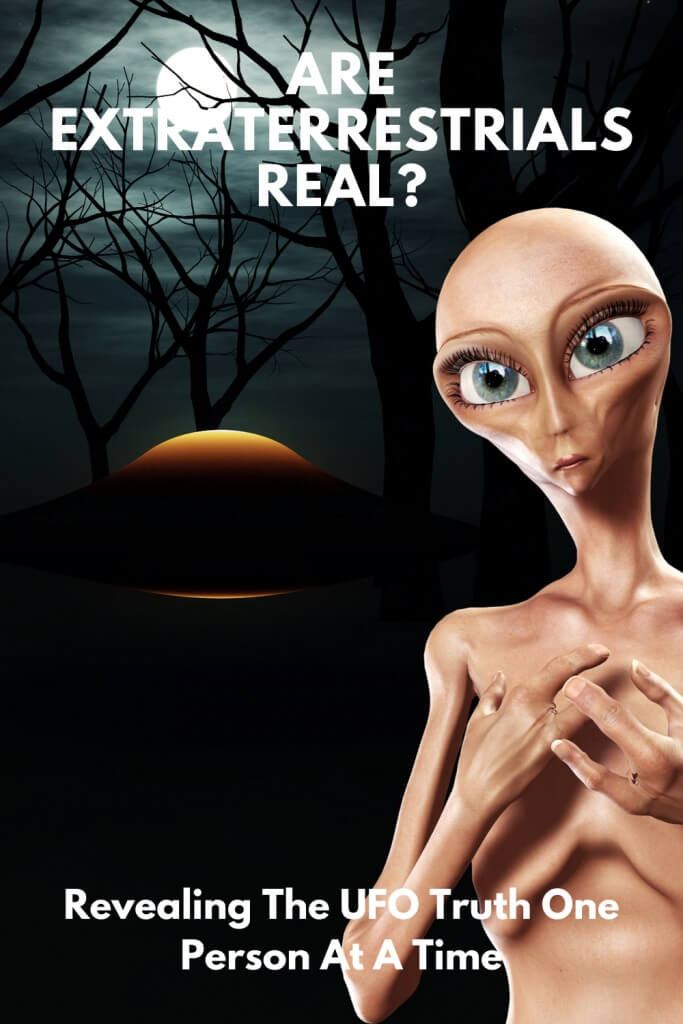 Asking are extraterrestrials real in a UFO forum is like preaching to the converted.

Fact is though, online forums can still be some of the most inhospitable places for a contact experiencer to tell their stories.

People now have no problem believing UFOs are real however, many still balk at someone talking about their contact experience with an ET.

UFOs are real but you’re not so sure if aliens are? Then who is piloting the ET craft?

Kosta Makreus and Hollis Polk have become somewhat of a “power couple” within the close encounter community.

Although it’s a moniker they perhaps would be uncomfortable with, the success they’re having worldwide encouraging people to seek the truth about ETs is staggering.

Are Extraterrestrials Real? More Than A Billion Believers Can’t Be Wrong

Since 2012, they have been at the forefront of a worldwide movement designed to take the power back from unscrupulous government authorities hell bent on keeping the ET truth from us.

Makreus and Polk are answering the “are extraterrestrials real” question one person at a time. They are empowering people to make their own contact with ET.

Eleven thousand peaceful groups in over one hundred countries is testament that yes, maybe their people’s movement is working.

Makreus and Polk head up the ET Let’s Talk community. In a recent interview with Aliens Revealed Live, Makreus says it’s become a fruitless waiting game expecting governments to come clean about the presence of extraterrestrials.

“For decades governments have covered up the presence of these Star Civilizations visiting Earth. People have waited in vain expecting our institutional authorities would disclose the extraterrestrial presence”.

“The People’s Disclosure Movement was created because by waiting, we the people have given away our power”.

“Since 2010, we have been taking back our power and bypassing governments to make our own contact with our Star Friends”.

“By communicating with the Star People, we become “knowers” instead of just believers and are active co-creators of a better future”.

According to Makreus, more than 1.3 billion adults around the world believe extraterrestrial civilizations exist and we should communicate with them.

More than 50,000 people are part of the ET Let’s Talk community.

Florida CE-5 organizer Mike Murburg said it best in an interview with Aliens Revealed Live earlier this year when describing the aim of the CE-5 movement.

Why Chase ET when you can invite him or her in for tea.

Goodwill And An Open Mind About ET

Makreus says the Let’s Talk community is open to everyone. Many who join are contact experiencers searching for a safe environment to relate their stories in.

But many members are also people who have never witnessed a ufo sighting or had a contact experience.

“What’s important is to have an attitude of goodwill and open mind about these experiences that you want to have”.

“It’s all about the consciousness and the vibration you’re putting out and the place where you’re at. That is what announces your presence to some of these civilizations who can detect you by your vibration and your frequency”.

“As Nikola Tesla said, the whole universe has nothing but frequency. So the secret sauce at the core of the CE-5 protocols is to have a loving intention, goodwill and openness to an invitation to meet these civilizations instead of having fear, criticism or wanting just to kick the tires and taking it lightly”.

“If you approach it in this very serious and loving manner, I find that most people do have experiences”.

“And that’s what’s really critical because then they become what I call believers in this phenomenon and maybe go from believers into knowers”.

“That’s a very powerful thing. Knowers are the ones who then start talking to their family, friends and colleagues and inviting them”.

“And that’s how the community grows organically as people try it on their own and they succeed”.

Ready To Know If Extraterrestrials Are Real?

Are extraterrestrials real? Hundreds of millions of people around the world believe they are.

The ET Let’s Talk community is introducing people to the ET experience every day.

I spent over an hour chatting with Kosta Makreus and Hollis Polk about their experiences.

In the following excerpt from our interview they talk about how they got started with CE-5 and their mission. You’ll also want to dial up the volume when Polk relates her experience. Five beings materialize and surround her while she sleeps in a bizarre ET encounter.