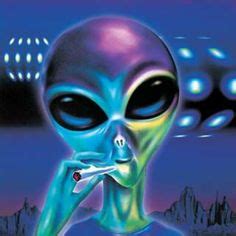 A former Pentagon official by the name of Luis Elizondo recently told the New York Times that the federal government has been actively investigating UFO sightings since 2007. He went on record to say that the Department of Defense’s shadow ops mission, known as the Advanced Aviation Threat Identification Program, was developed to find out more about the strange objects in the sky that some believe could be our link to intelligent life on other planets. Although the Pentagon says the program was terminated in 2012, Elizondo claims it is still very much active, just not widely funded.

Last year, a study conducted by Sam Monfort, a doctoral student in Human Factors and Applied Cognition at George Mason University, found that UFO sightings are at an all-time high in the United States. At the time of the report, the data shows there have been more than 104,000 documented sightings in the last century. But in the past 30 years, people have been reporting these bizarre flying objects with rabid enthusiasm. There is now an estimated 2,500 UFO sighting per 10 million people, according to the report.

It was just this week that a group of people traveling down a busy stretch of road in the Northern State of Baja California witnessed a uniquely shaped UFO from up above. The mysterious object, which appears more vertical than the traditional saucer shape, was, of course, captured on video. It has been making its rounds on the Internet, being discussed on a number of news aggregation sites and message boards by both believers and skeptics alike. Some are calling it a fake, while others are trying to rationalize the footage by attributing it to someone testing a jetpack and other boring scenarios.

But it is this latest UFO sighting that has experts, like Pedro Ramirez, on high alert. He says the presence of UFOs is only going to get stronger in this part of the world because extraterrestrials are concerned with our intentions in space. Making reference to the NASA and SpaceX programs, he told the CEN News Agency “Aliens are aware that we have made a number of space launches recently and have identified that we have been sending up ‘war material.’” He went on to explain that because these beings are “concerned by our activity, they have been increasingly monitoring our planet.”

“This year will be very important for those of us who follow this phenomenon closely,” he added.

It was inventor Nikola Tesla, the godfather of radio and other ground-breaking technology that would have freed societies from the grips of Big Power, who was convinced that he received a message from aliens during an experiment back in the 1920s.

The Nobel Prize winner told the press at the time that he had “a deep conviction that highly intelligent beings exist on Mars.”

“While experimenting in Colorado…I obtained extraordinary experimental evidence of the existence of life on Mars,” he said. “I had perfected a wireless receiver of extraordinary sensitiveness, far beyond anything known, and I caught signals which I interpreted as meaning 1—2—3—4. I believe the Martians used numbers for communication because numbers are universal.”

The $100 million Breakthrough Listen Initiative, which is on a mission to make contact with extraterrestrial intelligence, recently caught wind of a repeated burst of radio waves from a distant galaxy that was being investigated as a possible communication with a foreign world. Although researchers now believe these signals were not actual communications from an alien world, the group admits to being somewhat limited in its technology. Researchers with the organization said recently that the joint-shaped object that recently crossed Earth’s path did not seem to have been sent here by aliens. But then again, the group said they couldn’t rule it out. Anything is possible.

Final Hit: Take Me to Your Dealer

Although some UFO experts are of the opinion that aliens are watching us carefully to make sure our governments don’t do anything stupid to risk the sanctity of the mostly untapped regions of the universe, we have an alternate theory. They’re here for our weed!

Sure, there are stories among some Native America tribes that suggest the cannabis plant was a gift from aliens. But that was before. Cannabis is being grown at such a superior level these days, that has far beyond surpassed the ditch weed given to us by the star people to enjoy. We’ve peaked their curiosity, and it stands to reason that these enigmatic beasts are witnessing just how much fun we’re having down here with edible THC and dab machines that have the power to knock even the most well-traveled stoner to the ground. We’ve improved on space grass, and they want in. Can’t say that we blame them.