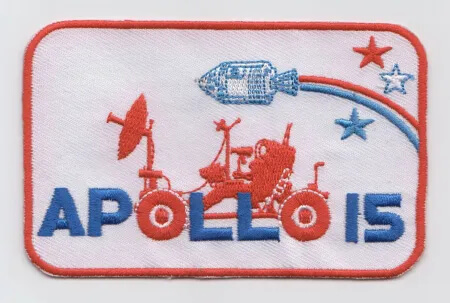 Apollo Remastered
This single photograph taken by the Panoramic Camera onboard the Apollo 15 Command Module (CSM), as it passed over the landing site, incredibly, captured the Lunar Module (LM) and Lunar Rover (LRV) parked up on the surface. We can also see the ALSEP experiments package and the tracks of the astronauts / Lunar Rover – the first vehicle tracks made on another world. The altitude of the CSM at this time was 106.72KM and this is is a crop of the full image. The start of the video shows a 42KM long strip of the Hadley-Apennine landing site. The time stamp of the photo shows 21:32, 1st August, 1971 which corresponds to a mission elapsed time of 151 hours and 58 minutes. The mission transcripts validate that the CSM, Endeavour, with Al Worden onboard passed over the landing site at his time. Scott and Irwin were onboard having completed EVA 2 and were preparing to bed down for the night: Worden: “Hello, Falcon. Endeavour.” Scott: “Hi, Endeavour…you’re broken…we’ll wait until you get closer overhead, so you get past the mountains.” Worden: “Okay, I’m just about overhead now.” Scott: “How are things going up there?…(we) got up the side of the mountain. Got a good look around…Oh, man, it was super, just super. We got some great pictures for you…I hope you can see these Rover tracks, because outside the LM here, it looks like a freeway!” Worden: “Yeah, I’ll bet it does.” Irwin: “Hey, Al, throw my soap down, will you? And my spoon!” Worden: “Understand the Rover’s doing fine?” Scott: “Well, the Rover is doing absolutely super…it’s really a super little machine.” Parker (Mission Control): “Okay, Al. Pan Camera, Off, please.” The photograph, of Irwin saluting the flag, remastered from the original flight film here, was taken the following morning and shows the LM and Rover in its same parking spot as seen from orbit overnight. The second part of the video highlights the size of Hadley Rille compared to the LM and landing site – at 1.5KM wide and 300m deep, it is thought to be a huge conduit that carried lava from an eruptive vent in the distant south. We can zoom in on Station 2, where the crew drove to earlier in the mission and took the incredible set of photographs (stitched into a panorama here). The view is back along the Rille and toward the LM, 3.8KM away, dwarfed by the 14,000-foot Mount Hadley, 16KM in the distance: Scott: “Oh, look back there, Jim!…. We’re up on a slope, Joe (CAPCOM), and we’re looking back down into the valley and…” Irwin: “That’s beautiful.” Scott: “The most beautiful thing I’ve ever seen.” 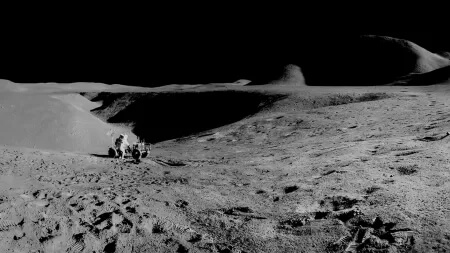 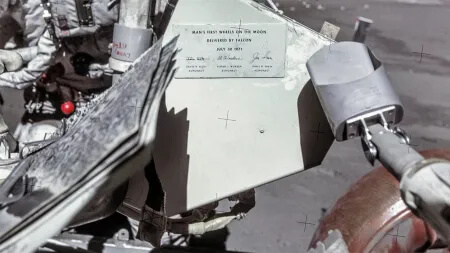 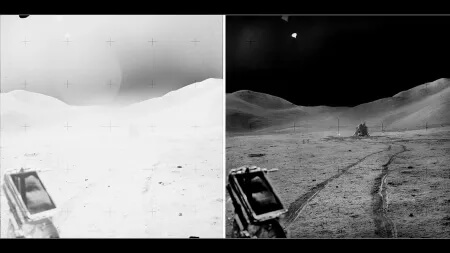