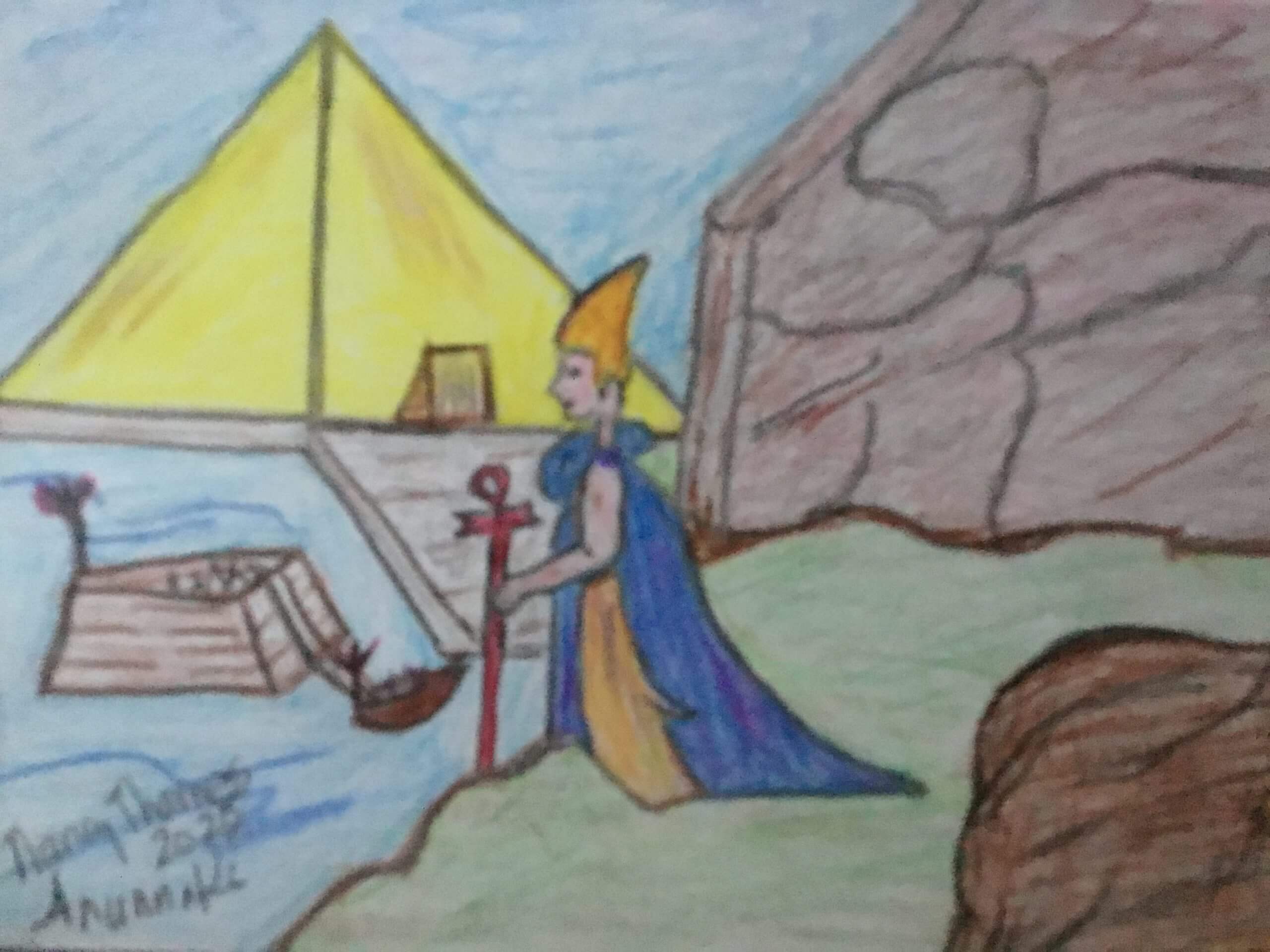 You must have head of Anunnaki on History Channel or youtube videos, relating them to ‘those who came from heaven,’ a vocabulary that was given by the Sumerians in Baghdad, Iraq. Yet, how are they related to Egypt? Is there any evidence of Annunaki being in Egypt? Can you think of one? Just one evidence? I am sure you know where I am going with this.  Anunnaki are also known as Manas in the Vedic scriptures, who flied in a craft, and had a great war in the sky. But, the real Anunnaki were a bit more complex than you think. Some articles have even claimed that,  Jordan Maxwell thinks its the Reptilians Race who are known as Anunnaki. I used the word ‘are’ because they are still present according to Jordan Maxwell and David Icke. But, that is not true. Anunnaki are not Reptilians. They were gypsies, yes, gypsies of this Universe. According to Dr. Micio Kaku, who explained 3 levels of civilizations, where level 3 were the gypsies, and went from planet to planet to consume its resources and moved on, may defined who Anunnaki really were, but, what on earth did they want from our planet; petroleum for their ship? was our planet a gas station with a snack bar for them? Anunnaki, according to my linking were in desperate need of a very valuable material on our planet, without which, they couldn’t had gone to their destination. The discovery of Baghdad battery and other technical gizmos discovered in the middle east is not just a freak of accident by our pre-historic humans, but, it’s a glimpse of our advance and sophisticated past. The most famous theory of Anunnaki is that they were the citizens of Nibiru

, and they came to earth when Nibiru made a pass by closest to earth. This is why they always show the diagram of the Planet X on the tablet of showing the Sumerians about the sky and their home.

The biggest reason why there are not many artifacts left on Anunnaki is because United States and the Roman Catholic Church posed meaningless war on Middle East, not to protect the people, or even the oil fields, but to collect all the data, artifacts and discoveries of ancient aliens. Even during the recent Iraq war posed by SOB Dick Cheney. Remember, in the Bush years, Dick Cheney had a bigger and more important role to play than even George W. Bush. He has been the most outspoken vice president in the history of United States during presidential years. It was Dick Cheney’s company that supplied majority of weapons during the Iraq war, and since he holds the higher degree of Freemasons than George Bush, his advice was taken far more seriously than Bush. The main purpose of the war was to collect the Anunnaki tablets from Saddam Hussein’s palace, which he had it hidden for generations. United States and other alias bought Mubarak in their pockets, and made sure that most of the secrets of Egyptian Pyramids and the discoveries around it were never to be shown to regular public. The huge skeletons that were found of humans ranging from 15 to 25 feet, were quickly hidden from public, and now only some photographs remain. This is why the only pictures of Anunnaki you see on interent and telveision shows like ancient aliens, are the one above, and a tablet of them showing the skies, but there are many, many more drawings, journals and gagets of Anunnaki left behind for humans to study.