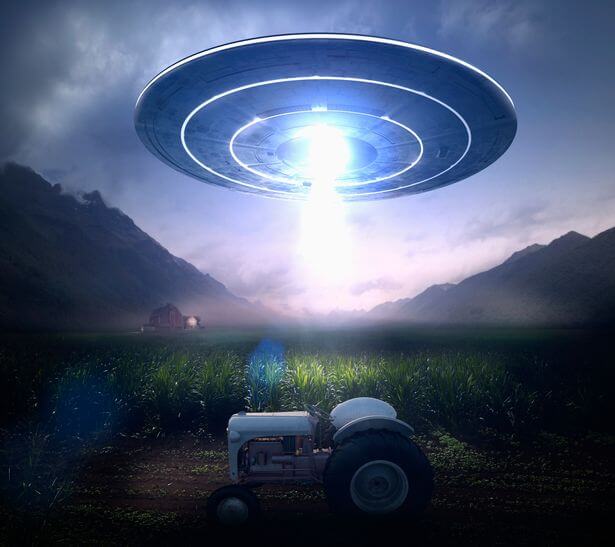 UFOs could be piloted by time-travelling humans, a professor claims.

Dr Michael Masters, an anthropology professor, claims decades of sightings and alleged abductions have been mistaken and are actually our distant descendants coming back to visit.

The expert presented the bizarre theory in his book Identified Flying Object as he investigates the truth about UFOs.

Dr Masters, from Montana Tech University in the US, has put forward this hypothesis because when humans have supposed close encounters with aliens, they always describe them in the same way.

Most recorded sightings report that the visitors are standing upright and walking, while they have five fingers on each hand and foot.

The potential extra-terrestrials also possess two eyes, a mouth and a nose and many claim they can communicate in our own languages.

Dr Masters reckons the reasons for alleged abductions could be researchers from the future coming back in time to investigate, or simply for tourism purposes.

He said: “The alleged abduction accounts are mostly scientific in nature. It’s probably future anthropologists, historians, linguists that are coming back to get information in a way that we currently can’t without access to that technology.

“That said, I do think that some component of it is also tourism.

“Undoubtedly in the future, there are those that will pay a lot of money to have the opportunity to go back and observe their favorite period in history.

“Some of the most popular tourist sites are the pyramids of Giza and Machu Picchu in Peru… old and prehistoric sites.

“The phenomenon may be our own distant descendants coming back through time to study us in their own evolutionary past.”

Dr Masters claims that alien abductions and medical examinations prove time travelers are anthropologists much like himself.

He reckons the possibility of UFOs being human time travelers from the future is a much more “simple” explanation than Earth being visited by aliens from another planet.

The professor said: “I continue to remain vigilant in my own skepticism.

“We know we’re here. We know humans exist. We know that we’ve had a long evolutionary history on this planet.

“And we know our technology is going to be more advanced in the future. I think the simplest explanation, innately, it that it is us.”

He said: “So, according to Masters, you just spin something fast enough and it will begin to warp space, and even send stuff backwards in time. This is a highly dubious claim.”

1 thought on “Anthropologist Dr Michael Masters thinks alleged alien abductions could actually be humans travelling back in time, potentially for both research and tourism purposes”