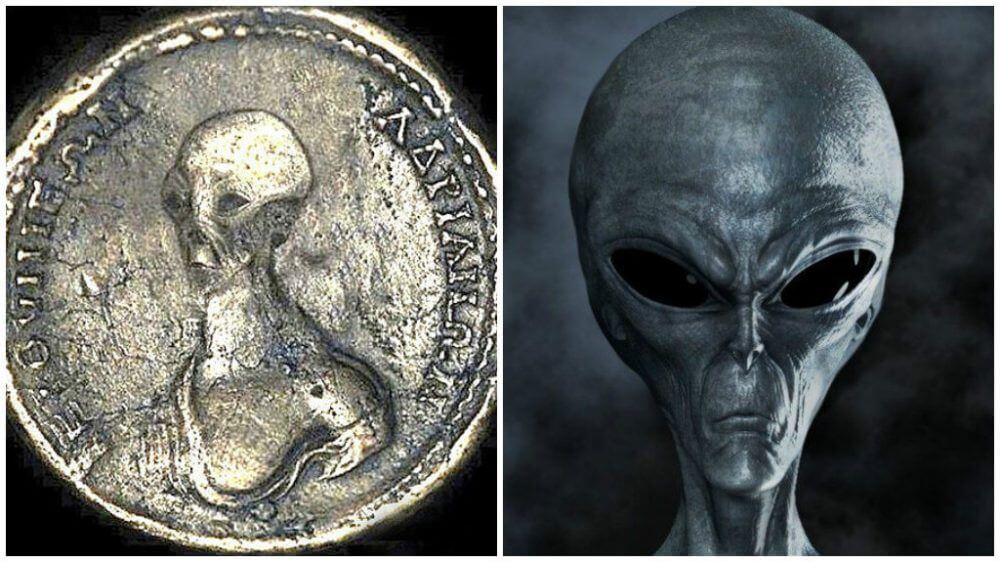 If you ever find yourself doubting the fact that the Egyptians were very close to the aliens that visited us in the past then look at these following bits of evidence which all prove the fact that there’s no doubt about it, the ancient Egyptians did encounter aliens and they were guided by them all along.

First of all, who built the pyramids if not the aliens with their alien tech? Slaves couldn’t have lifted the stones that weighed hundreds of tons and that’s a fact. Second of all, the alien artifacts that were discovered in Petrie’s Jerusalem home all proved that Egyptians were at least aware of aliens 4,600 years ago. Thirdly, Stuart Fleischmann, the Assistant Professor of Comparative Genomics at the Swiss University in Cairo and his team managed to discover proof that Egyptian pharaohs had their genomes manipulated through advanced technology. Fourthly, we have these strange alien coins which were discovered in an hour in southern Egypt. Fifthly, we have this carving which represents Egyptians building themselves a giant lightbulb. Eighthly, these 2,500-year-old Egyptian hieroglyphs were discovered far out of the Egyptians normal reach. They needed to cross the sea in order to get to Australia which is where they were plastered and they could only do so with extremely advanced technology. Last but not least, these necklaces that were discovered in Egypt were made out of meteorite bits.