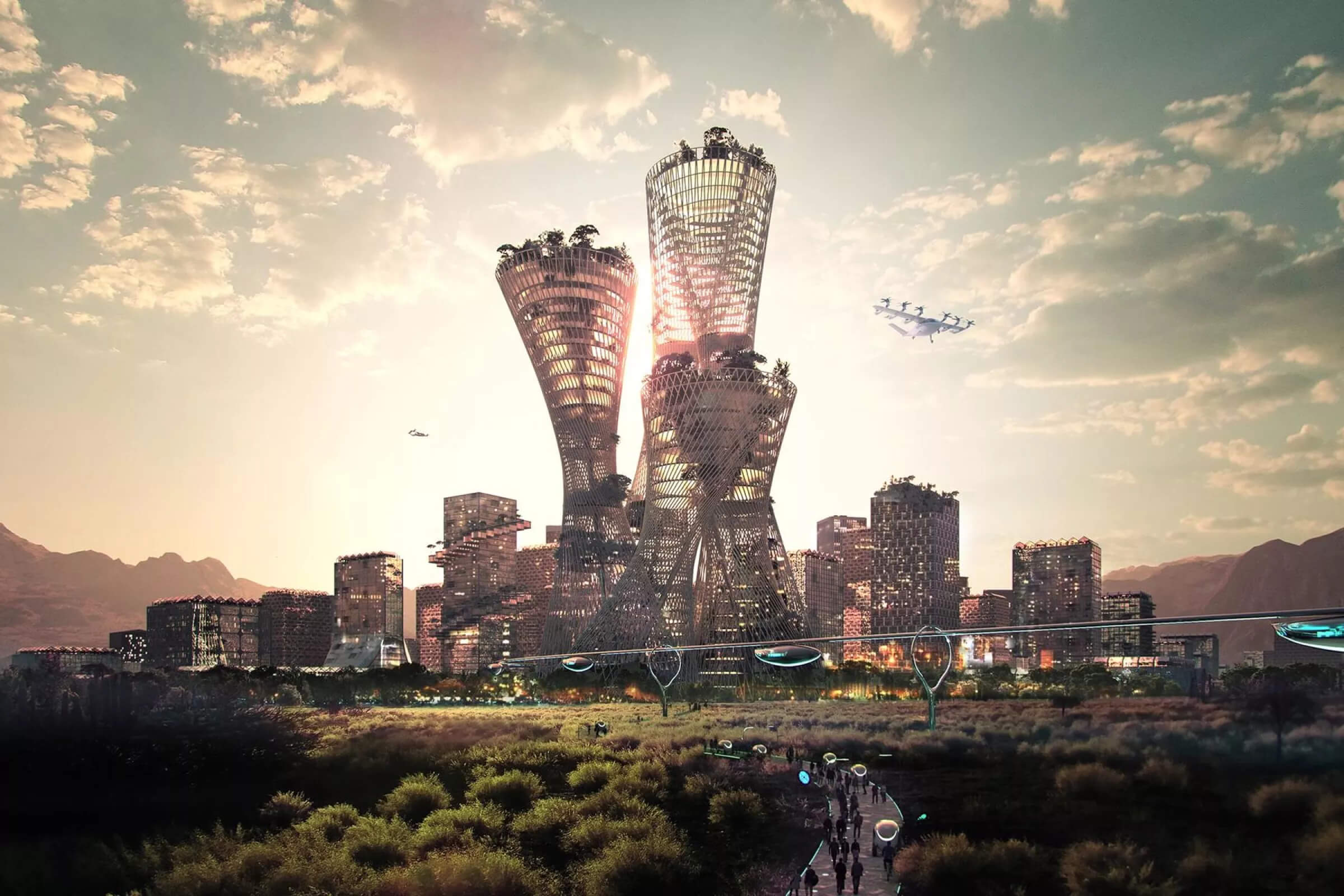 American entrepreneur Marc Lore has revealed an incredibly ambitious plan to create a new city from scratch in the United States. Named Telosa, the project is designed by the Bjarke Ingels Group (BIG) and, if built – which is by no means certain at this stage – would be located on an unoccupied site somewhere in the US, with the first residents moving in by 2030.

Lore, who is a former banker and successful businessman best known for selling his e-commerce site Jet.com to Walmart for US$3.3 billion a few years ago, insists the city will not be utopian in nature, though his pitch does bring to mind earlier experiments in utopian cities by European settlers in the USA.

“Capitalism has been an incredible economic model, but there are significant flaws, especially around income and wealth inequality,” says Lore. “Many of these flaws are a result of the land ownership model that America was built on. There’s a finite amount of land and that land was claimed generations ago – communities were created, tax dollars were used to invest in the land, and therefore the land increased in value over time with landowners not having to produce anything or take any risk. Land could essentially go from a barren piece of desert to a modern day city worth billions (or even trillions!).”

Lore’s response to this is something he calls Equitism, which in this case would involve acquiring a huge plot of land measuring 150,000 acres (roughly 60,700 hectares) that would be donated to a community endowment. This would then democratically manage income from ground leases and land appreciation to support city services, education, healthcare and more, without raising taxes.

Details are still very light at this early stage, however, the renders depict an idyllic city with farms and greenery filled buildings boasting energy efficient design features like solar panels and rainwater collection. A large tower called Equitism Tower would rise from a central park and also integrate lots of greenery. Pedestrians would be prioritized throughout the city, with transportation made up of cyclists, slow-moving autonomous cars, what looks like a suspended monorail and possibly even eVTOL air taxis.

The idea is to build the city in stages. The initial stage would cost over $25 billion and consist of a 1,500-acre (607-hectare) site housing 50,000 residents, then grow in size and cost to over 5 million residents and $400 billion over the following decades. Funding is expected to come from various sources including private investors, philanthropists, federal and state grants, and subsidies.

A location has not been chosen yet, though Nevada, Utah, Idaho, Arizona, Texas, and the Appalachian Region are all named as front runners – one key concern will be that it has natural resources like water too, which is a dire problem in some areas of the US.

To say that Telosa will be difficult to realize is putting it mildly and the potential pitfalls – and criticisms (especially with regard to the environment) – are considerable. Still, it’s definitely a project to watch. It’s also not without recent precedent. Bill Gates has previously revealed plans to build a city, while Prince Charles successfully created a town in England.