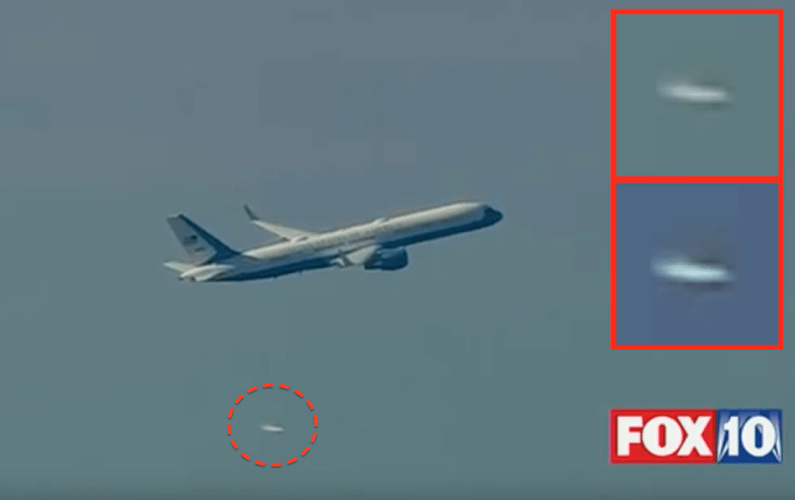 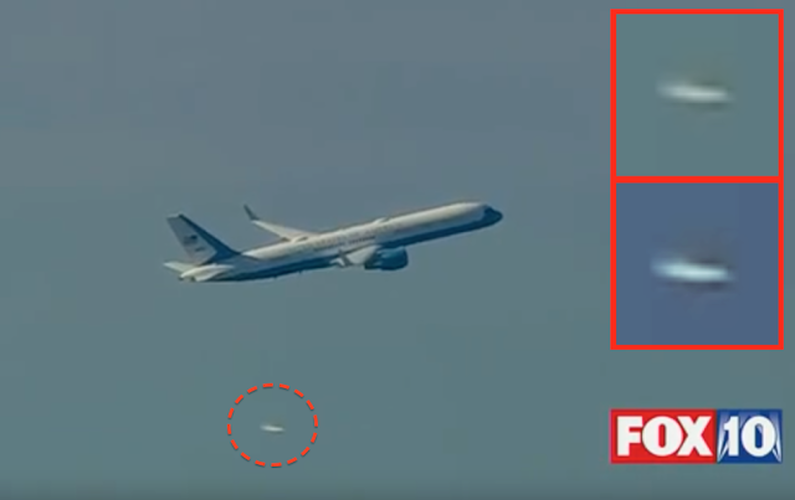 Another UFO was seen near trump, but this time it was seen nearly colliding with the jet itself. As you can see the UFO shot past at such a speed even the camera had difficulty focusing on it. Fox News was lucky enough to catch it and show it on national TV today. It looks like Fox News has found proof that aliens have a deep interest in Americas new president and what he has destined for the world.
The jet flies over a white disk at 1:50 into the video, then at 2:55 in the original Fox News video, there is another dark UFO that shoots past the jet and nearly hits it. I found the original and am placing it at the bottom of the post, but pause at the times I stated, and you will see them.
​
Last year we reported a UFO that was seen near the Trump helicopter and I told you then, and no one believed me, that if aliens were watch Trump, then it means he will get elected. It happened as I said it would. And now, again, we see Trump landing at the airport with a alien escort to watch over him. Now, the big question is, is Trump where he is today, because aliens were helping him achieve it? The alien power of metal manipulation of controlling others thoughts could make an average person into a Trump very fast.
Scott C. Waring