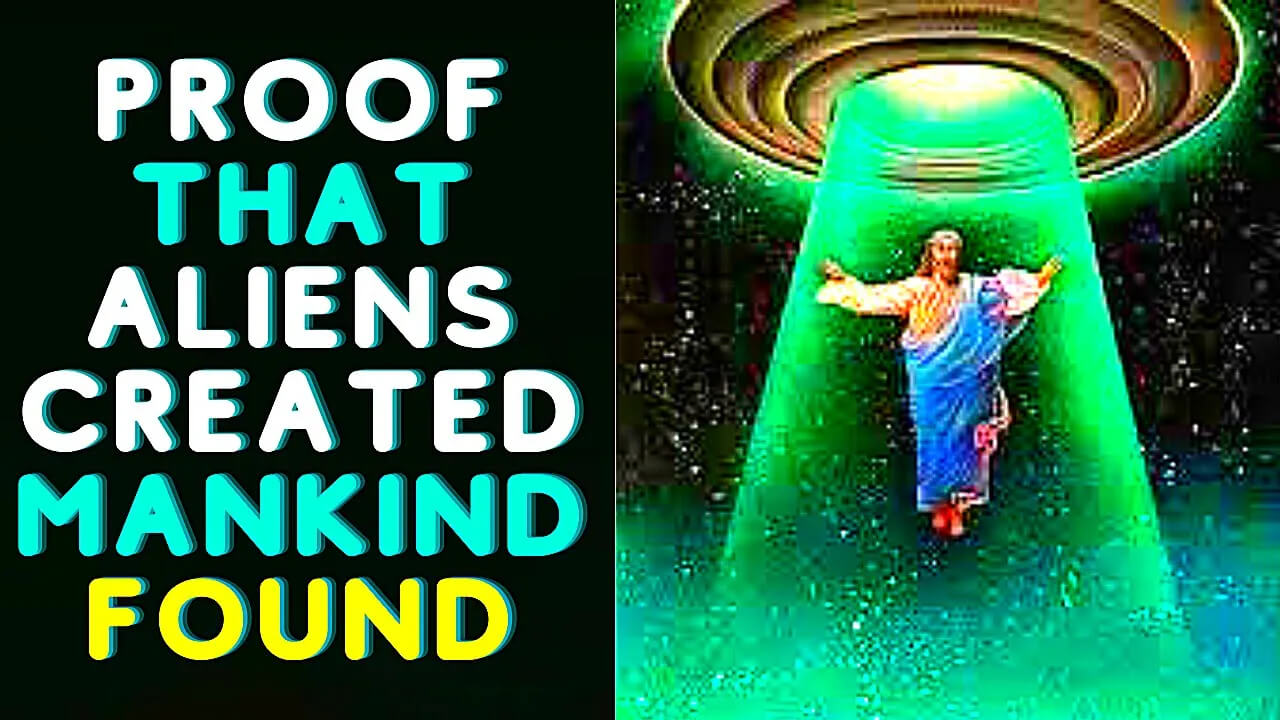 Ghosts That Hunt Back TV
4/4/21
Over the past decades, thousands of ancient Sumerian texts (written in cuneiform) have been discovered in ancient Mesopotamia, which we know as present-day Iraq. Its translations by renowned scholars and scientists around the world have revealed an incredibly detailed scientific account of the Biblical story of creation. In the 1960s, author Erich von Däniken put forward the radical premise that the gods and angels detailed in the stories of the Bible were actually ancient astronauts who had been misidentified. New archaeological discoveries are being made and presented that not only strengthen this theory, but also present new evidence that provides the most incredible answers to many of humanity’s deepest questions, questions such as ‘ who am I, where do I come from, and why am I here?” And this time, this collective wave of information brings with it scholars, scientists, and archaeologists who present strangely compelling evidence. These new translations suggest that aliens created humans.

People who translated later Bibles certainly left out an incredible amount of very important information. And as amazing as the translations seem, even now they somehow begin to make both logical and scientific sense.

Origin Of Humans According To The Bible | Ancient Aliens Created Humans

The Book of Genesis and the Hebrew Bible were based on the Sumerian creation story. For at least 2,000 years, Hebrew numerologists and students of Kabbalah have been searching the Old Testament for the great code of God.

An original manuscript of a rare Kabbalistic text, the Sefer Yetzirah, is also known as the Book of Creation. It is the oldest book in the occult Hebrew tradition. Describe how God created the universe and all living things using the twenty-two letters of the Hebrew alphabet. Recently it has been discovered that the twenty-two letters represent the twenty-two amino acids that are used as building blocks of human DNA.

The secret of the creation of humanity was the manipulation of DNA by the gods. How did the Sumerians know about human DNA more than 5,000 years ago? Now our accumulated volumes of knowledge say, most remarkably, that these writings are scientifically based and authentic and their content is demonstrable.

The Old Testament was based on Sumerian texts and cuneiform tablets dating from a period between 4,000 and 5,000 years ago. There are literally thousands of these retrieved records still waiting to be translated. They tell us in an intricate way everything about life during this time, from sales receipts and family affairs to their creation story. It is a story that clearly reveals that our biblical stories today are directly descended from these ancient texts, and there was much more that was left out of the biblical stories that we were all taught. As remarkable as it may sound, this is what it says.

The Hebrew Bible says that the creation of Adam and Eve was the beginning. There are detailed records of all generations from Adam to Jesus. These records indicate the age of each person when they had their children. So if you add up the dates in the Bible, it clearly shows that the Earth is a little over 6,000 years old.

The Sumerian version includes the birth of the universe more than 13.7 billion years ago. Scientists now estimate that this is the approximate age of our universe. How is it possible that the Sumerians knew this thousand years before our Bible was written? They clearly state that this was told to them by “those who came from heaven to earth”, or the Anunnaki.

The Sumerian creation story begins more than 4.5 billion years ago when the original Earth (Tiamat) collided with a large celestial body (Marduk) that formed our moon. Today’s scientists estimate that this event occurred about 4.5 billion years ago. How is it possible that this was written 4,000 or 5,000 years ago? How did they find out about all the planets in our solar system, including Marduk and Tiamat, and that their collision also resulted in the creation of Earth as we know it?

The planetary giants slammed into each other at an angle leaving the entire land mass on one side of the planet, known as Pangea, while leaving a huge space on the other side with the oceans filling it . Over hundreds of millions of years, Pangea slowly divided into the seven continents that we recognize today. This is exactly what scientists say today. Again, how could this have been written four or five millennia ago? Modern science didn’t even know about all the planets in our solar system until about a hundred years ago.

The Sumerian creation story includes descriptions of life on a planet in our solar system that we have yet to discover. Its name is Nibiru. It has an oval orbit that takes 3,600 years to travel around our sun. Around 500,000 years ago, Nibiru’s atmosphere was badly damaged and diminished by a cataclysmic heavenly disaster, and those who lived there had to find a way to repair it in order to survive.

They knew that by returning enough gases and dust to their atmosphere, this damage could be repaired. The metal that worked best for this purpose was gold because no other substance can be pulverized into such a fine powder and caused to remain in the atmosphere. It is also inert and does not combine with any other substance.

It is interesting to note that NASA launched a rocket in the early 1970s that was destined to search for extraterrestrial life. It included a gold disc that identified the Earth and many of its characteristics, including humanity. This gold disc is estimated to have a lifespan of two to four billion years.

Gold was extremely rare on Nibiru, but they had remarkable technology and could “scan” the solar system for the presence of gold. They first found it in the asteroid belt and tried to extract it there. They lost many astronauts and spacecraft, and their efforts were a failure.

The leader of the astronauts, Anu, re-scanned the solar system for gold and obtained readings from Earth. They landed on our planet about 445,000 years ago. Their story about the trip to Earth is really important. When they first saw the details of the Earth emerging from the darkness of space, they describe it as a “white top and a white bottom with blue around the middle,” clearly identifying the Arctic and Antarctica with the oceans around it. temperate zone.

The creation of mankind

The Sumerian creation story states that there was a lot of gold on Earth, and the Annunaki began to extract it from the ocean. But this was too slow. They realized that in order to obtain the large amounts they needed, they had to obtain gold from within the earth. They brought 50 more astronauts from Nibiru to help with the mining efforts.

The colonists on Mars hated working there and eventually rebelled. One of the extraterrestrial rulers, Enki, decided to create a class of worker beings by manipulating DNA. He chose an existing species of hominin that had the potential for success. They created a breeding area known as Edin. This is where they created an entirely new species specifically designed to mine for gold. They combined the hominin DNA with their own DNA. The result was the beginning of humanity.

The creation of DNA was a success, but the new beings were hybrids and therefore were sterile and unable to reproduce. After several failures, they finally succeeded, and the new race was called “Adamu”, which were the first humans. Their number multiplied rapidly. This is what the original Bible says. Our modern Bible was plagiarized from this Bible, but why was this information omitted? That is only a small part of the story of creation. It was carved in stone almost 5,000 years ago. How can all these words be explained? It is impossible to deny the existence of these writings. They are authentic. They have been translated by numerous scholars, a task that has taken three decades, and that is what they clearly affirm. But it is certainly not what religions and governments necessarily want to hear.

The Sumerian Bible even reveals the cause of the great flood. We have been led to believe that the flood was the result of “God” getting angry or global warming for hundreds or even thousands of years. But this was not the case. They explain that about 12,000 years ago when their planet passed through our solar system, such an enormous gravitational force was exerted on Earth that it caused the Antarctic ice shelf to collapse and slide into the ocean. Experts in the field tell us that the aliens/gods, the Anunnaki, did not cause this weather event, but could have prevented it. They chose not to intervene because, at the time, humanity was everywhere and out of control, and in such disarray they chose to let them die and then start over. It was Enki, the physician/scientist and creator of mankind, who warned Ziusudra of the coming flood.

Ziusudra was the person who was renamed Noah a few thousand years later. They told him that he and his entire family should collect DNA samples from all the various species of animals and plants to preserve them for life after the flood. The story gets even more fantastic, but it involves too much detail to address in this article. Authors and scientists like Zecharia Sitchin and Michael Tellinger offer us much more precise and detailed accounts.

The good thing about science is that it seeks the truth through discovery and proof. Religion seeks blind obedience. Religion makes unsubstantiated claims that lack logic and then demands, under threat, that all followers believe them. This does not nurture spirituality in any way. It represses truths that could be immensely beneficial to humanity and all species and beings on Earth. If this information is finally universally accepted, the major religions could easily fall.

It is surprising that we, as a global society, lead our daily lives without any consideration of the actual existence of aliens. However, the evidence is everywhere. But the world seems fine with this worldwide denial. We act with skepticism because our governments say that they do not exist, therefore they do not exist. But sooner rather than later we will get the definitive evidence that they are, in fact, here.

Do you believe that the aliens created humans? or do you have a different theory? Please make sure to leave us your comments below?