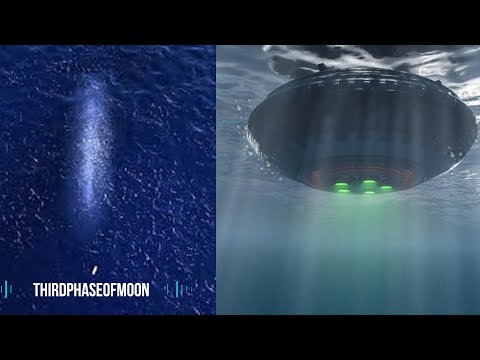 Undersea phenomenon isn’t new to Russian submarines as they have been encountering it since the days of the Soviet Union.

The files on the so-called unidentified submersible objects (USOs) are still not available for public scrutiny. However, some of the sightings about encounters with undersea creatures and massive objects have leaked out. Researchers Paul Stonehill and Philip Mantle talked about the secret conflict in a new book.

They believe Russian government has been preventing any witnesses to tell the public on the truth beneath the waves.

They claim these encounters range from UFOs duping craft into the sea, meetings with underwater lifeforms, and mysterious submersibles.

One of the most extraordinary is what they called “The Swimmers”.

These so-called alien humanoids stand at three-meter tall and live at 50 meters in the icy underwater around Siberia.

Stonehill and Mantle feature the testimony of Major General V. Demyanenko, a Russian commander of the Military Diver Service. He reportedly warned his crews on the unknown creatures after some encounters in 1982.

These creatures are reportedly clad in a silvery suit and wearing sphere helmets. Soviet Navy divers of seven were thrown to the surface by a mysterious force after they tried to capture one of the creatures in a net.

In another odd encounter, Steamship Raduga has seen a massive fireball emerging from the ocean while sailing in the Red Sea in 1965. The unusual thing allegedly hovered 150 meters above the surface with a gigantic pillar of water around it before it dived again.

Russia Chief of the Pacific fleet’s intelligence department, Admiral V.A. Domislovsky, claimed to have seen an estimated 900 meters long object floating above the water in the Pacific Ocean.

Rear Admiral and nuclear submarine commander Yury Beketov claimed to have witnessed a mysterious activity involving USO in the Bermuda triangle. Based on their radar, the object was moving 250 mph below the surface.

Mr. Mantle said that the Soviet Union’s military fleet commanders kept their secret about the USO subject, and those witnesses who tried to share their experiences were debunked and ridiculed.