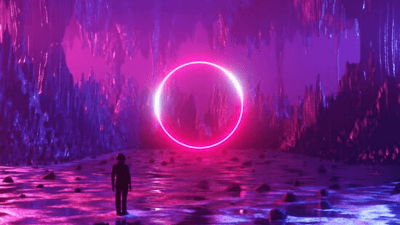 Scientists are saying that evidence for , has been found on Earth in 2013 officially – but it was initially discovered in 2008.

It was only discovered to actually be a virus in 2013 because this particular one was thought it to be a bacteria! It’s the absolute biggest kind of virus that has ever been discovered, and it’s Alien according to many scientists.

And guess where it was discovered,

“in the contact lens of a woman with Keratitis.”

Does it get any stranger than that because why the heck was “they” even looking in a woman’s contact lens for it though in the first place, lol. 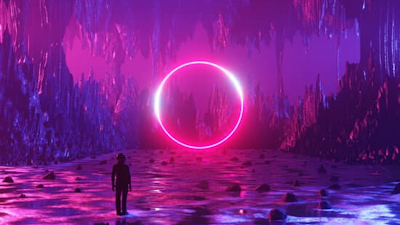 Image Credit Canva
Simply put, some scientists and the History Channel’s TV show Ancient Aliens have even done an episode covering this which is very eye opening – excuse the pun.
They are (collectively) are saying that the Pandoravirus is not even of this Earth (which means many different things) and as such it is then invading this woman as we know it to be an Alien invasion – of sorts, taking over her eye socket at least?
It might not be taking over a country or a city and there might not be any visible Motherships in Earths upper atmosphere with UFO mini-drones but possibly this is even scarier because we can’t see it. 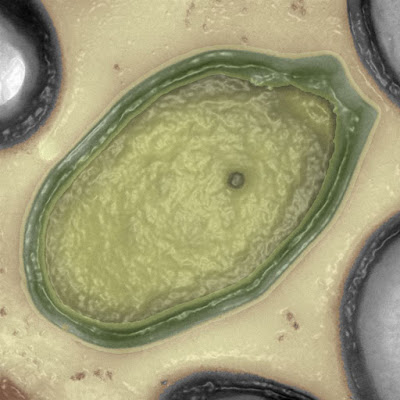 Image credit Science Journal.
Meet the Pandoravirus, the biggest known virus ever discovered and it is considered to be the fourth branch of life.
Even though it’s in the eye of a woman, we will not be able to see it and that’s probably more scarier come to think of it?
Or is it?
Anyways, some of the immediate questions I’ve got regarding this exact incident, event or whatever it’s called are the following:
What, just having Keratitis is enough to warrant a examination of contact lenses?
I really don’t think so, but who knows…
There’s got to be a lot more to this story but the articles and videos I’ve seen and read about this all indicate to a couple of things which are new.
It could turn out to be a new branch of life evolved unto itself in a unique way, in a unique habitat i.e salt water and the other is in fresh water?
Scientists in Paris, France have discovered a microbe that is unlike any other organism but shares the same DNA as life on earth – It begs the question though, why now and “how did this Pandoravirus get into this woman’s contact lens?”
History video:
Initially these viruses was called endocytobionts and was considered to be a bacteria but again, these are like nothing else found on Earth and are even going to (possibly) be considered for another branch of life.
Dahboo77 video.
Dahboo77 explains in detail alot about this that is really making a lot of people think otherwise about Alien life not only been as big as a human but also as small as a amoebae or a simple bacteria and also how it could be this that is where life on Earth came from, I mean we do behave like a virus, right?
It could also be because Scientists are saying that the Pandorvirus isn’t from Earth and that it is a  with 2.5 massive mega virus base lines.