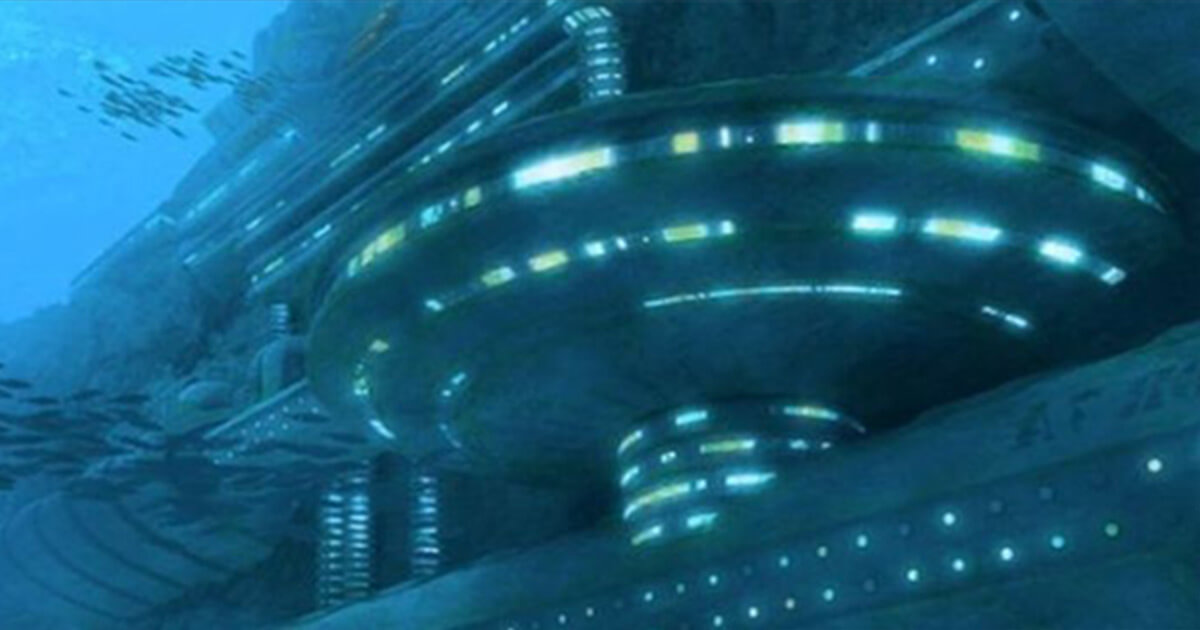 Scott C. Waring has made plenty of discoveries over the years but this one might as well be one of his most important ones yet. As the title suggests, he came across what appears to be a massive extraterrestrial base near the Mexican coastline. He talked about it on his blog, discussing how inside of this base you can clearly see the outline of what appears to be a 1.8-mile-wide crystalline UFO.

Despite the fact that the circumference of the ship is quite massive, it still pales in comparison to the base itself which was all built right underneath the surface of the water here. Scott stated in his blog that in order to actually keep their existence hidden from us they had to hide underneath the surface of the water, but that in order to make sure that nobody stumbles across their secret base they also protected themselves with a protective shield which pushes away any of the fish, sharks or whales that could get in their way. He also stated how the base could have all been in fact the lost continent of Atlantis, or at least what was left of it by now.

He believes that the original inhabitants used a blue crystal to essentially extend their life expectancy which came from the UFO that exists inside of it.

There are plenty of believers and nonbelievers out there. Do you think Scott is onto something here?