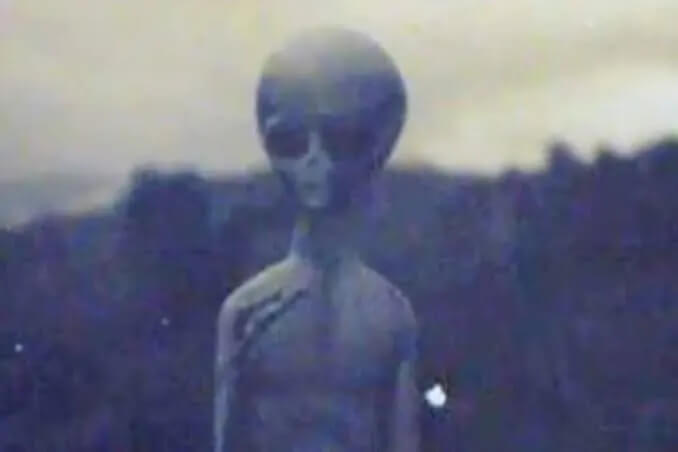 Mount Shasta has been associated with certain mysterious disappearances for quite some time now. This specific incident highlight mysterious figures in Mount Shasta, California. The incident was reported on various paranormal sites for years However, it is impossible to trace the original source of the story.

It is believed that David Paulides , a research writer who became perplexed by the strange disappearances of people in the United States looked into this matter as well. He has published several books that narrates the sudden and enigmatic disappearances of humans.

Books written by Paulides are dedicated to the people who disappear into the forests of the United States under extremely strange and unusual, if not mystical, circumstances. Most often they are never found, and if they are found, then these people either practically do not remember anything about what happened to them, or they tell explain some really unbelievable experiences.

This story is of a 3-Year-old boy, who is referred to as ‘John Doe’. He disappeared into the forest for several hours and was found under strange circumstances. However, the most captivating part of the story are the things that the little boy revealed to his grandmother.

The mountain anchors the northern end of the Nevada Sierra Mountains chain. It is located in Northern California, approximately 33 miles from the Oregon border.

Several legends have been associated with this mysterious mountain, also it is believed by many that Mount Shasta hides an alien base inside it and mysterious lights are often seen on its slopes.

Shasta is steeped in legends and mysteries, and is worshiped by the natives of California. The mountain is idolized by new Americans, and spiritually advanced personalities from all over the world are drawn towards it. The commune residing in the mountain consists of representatives of the most diverse religious trends, spiritual societies, sects, brotherhoods.

All of them are united by the desire to join the secrets and power hidden in Mount Shasta. Each person attempts to accomplish this task on their own, silently climbing up the impassable road through the windbreak and stones to the eternal snows – in the hope of getting their share of revelation.

What happened to John Doe is quite different from the existence of a divine power. It can be said that John’s abductors were technically advanced.

The enigmatic tale of the disappearance of a 3-Year-Old took place on October 1, 2010. The family along with a 3-year-old, John Doe, came to enjoy fishing and trekking in the forest near Mount Shasta in California. While setting up the tent and preparing to go fishing in a nearby lake, the family got distracted which was “literally for a second,” and then they discovered that the child was missing.

It was six o’clock in the evening and it was already getting dark when the disappearance took place, so a quick search in the thickets yielding nothing was not surprising at all. After a couple of hours, the family decided to call the police and report the boy’s disappearance.

Rescuers began to search the forests in the area of ​​Mount Shasta and five hours after the disappearance of the boy, they found him lying in the bushes very close to the path, which they had repeatedly examined before. The child was alive and did not sustain any wounds on the body, but he was in a semi-conscious state, as if he had survived a severe shock.

The child’s parents considered the trauma as a strong fright due to the fact that the boy got lost and wandered alone in the forest for several hours. They thanked the rescuers and after a short examination of the child in a nearby hospital, they drove back home.

Several weeks passed after this incident, and the boy remained silent about what happened to him. One day, his parents left “John” at the house of his Grandmother Kathy, whom the boy called “Kappi”, and the grandmother sat down to play with him. During the game, the boy looked at his grandmother and said that he didn’t like “ANOTHER Kappi”.

The grandmother bewilderingly asked him to explain what he meant. To which the boy responded that when he was in the forest, when a woman appeared on the path, disguised as his grandmother. The woman held his hand and took him into a deep cave under the mountain.

She took the child into a dark, cold room, where there were a lot of spiders and “Robotic Figures in Mount Shasta. Those robots stood motionless, and several things such as wallets, pistols etc were scattered on the floor of the room.

There was another man there, whom “John” initially thought was his grandfather. After he witnessed several robotic figures in Mount Shasta, he went back to the woman he took as his grandmother. What he saw next shocked him to the core as the “grandmother’s” head was glowing. At that moment, he realized that his grandmother was not real.

Then something began to happen that turned out to be even more difficult to give any logical definition. The disguised grandmother showed “John” a piece of something that looked like paper and asked him to go to the toilet “big” on this paper. The boy was embarrassed and he began to refuse and resist, while they kept insisting him.

After a couple of constant persistence, the woman stopped and began to tell him that in fact he came from space and was transplanted into his mother’s womb. Then she took him out of the cave and brought him to the path, ordering him to wait for the appearance of people.

After hearing this frightening story, his grandmother called the boy’s parents and began to scold them for allowing her young grandson to watch all kinds of trash on TV. When the boy’s dad asked what she meant, she told him what the child had told her.

Hearing this, the boy’s dad said that he had heard a similar story somewhere, but could not remember where and under what circumstances. Despite of it, both the boy’s father and his grandmother reached to a conclusion that he had actually watched something on TV, and this set his imagination running.

However, after a certain period of time, the boy’s grandmother started pondering over the incident and eventually came to the conclusion that one TV show was not enough for her grandson to start composing something that happened to him in those hours when he was lost in the forest. The thought of a woman disguised as her luring her grandson into the cave creeped her out.

The creepy incident with her grandson led her to recall an occurrence that happened to herself, that too, only a year before the disappearance of “John”. John’s grandmother also loved outdoor activities and that year she went with a friend to the same forest near Mount Shasta. Interestingly, one evening she seemed to “pass out”, and in the morning she found herself lying face down in the mud.

She did not consume alcohol or drugs before the expedition, however she still could not remember anything about how she got out of the sleeping bag and carry her away from her tent. At the same time, she felt a piercing pain in her neck and, upon examination, saw two small punctures there, around which the skin was reddened and inflamed.

Her friend also had the same punctures on her neck and initially, both of them thought that they were attacked by spiders. Both of them fell ill and caught the flu. They were sick to an extent that they laid in the tent for several hours, and could not even gather the strength to merely pack up their things and leave the forest.

Being sick, Kathy took a nap and had a strange dream about some creatures that surrounded her and looked at her with glowing red eyes. Once again, she convinced herself that nothing unusual had happened and it was just a dream. Soon they got better and they left the forest, but only after a few months Katie really recovered from something that had traumatized her psyche so badly. She said that she would have completely forgotten about what happened to her if not for the story told by her grandson.