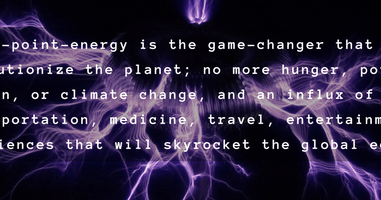 SciWorx
Jul 24, 2020
The recent UFO disclosures from the United States Department Of Defense and the US Navy’s Department Of Naval Intelligence, have settled a lot of questions and created more questions in their wake. Here I examine what we know (kinda) so far…and we know a lot! Robert Scott Lazar is an American conspiracy theorist who claims to have been hired in the late 1980s to reverse-engineer purported extraterrestrial technology at what he described as a secret site called “S-4”. Lazar alleges that this subsidiary installation is located several kilometers south of the United States Air Force facility popularly known as Area 51. Lazar claims he examined an alien craft that ran on an antimatter reactor powered by element 115, which at the time had not yet been synthesized. He also claims to have read US government briefing documents that described alien involvement in human affairs over the past 10,000 years. Lazar’s claims resulted in bringing added public attention to Area 51 and fueling conspiracy theories surrounding its classified activities. In 1993, Steven Greer founded the Disclosure Project, a research project whose goal is to disclose to the public the government’s alleged knowledge of UFOs, extraterrestrial intelligence, and advanced energy and propulsion systems. The Disclosure Project was founded in an effort to grant amnesty to government whistle-blowers willing to violate their security oaths by sharing insider knowledge about UFOs. In mid-1947, a United States Army Air Forces reported a crashed flying saucer then recanted to state a balloon crashed at a ranch near Roswell, New Mexico. Following wide initial interest in the crashed “flying disc”, the US military stated that it was merely a conventional weather balloon. Interest subsequently waned until the late 1970s, when ufologists began promoting a variety of increasingly elaborate conspiracy theories, claiming that one or more alien spacecraft had crash-landed and that the extraterrestrial occupants had been recovered by the military, which then engaged in a cover-up.
Share on social media Share on FacebookShare on TwitterShare on LinkedinShare on PinterestShare on XingShare on Reddit