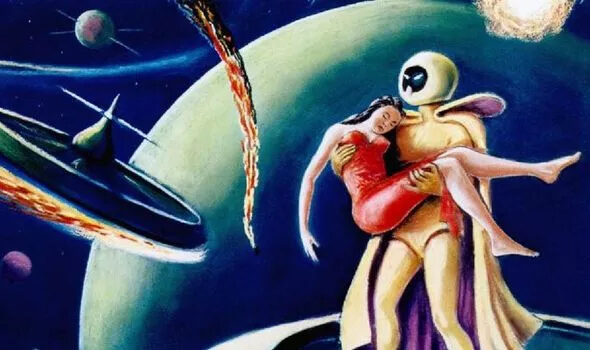 The space visitor reportedly climbed out of its spaceship and strolled down streets in the Monteagudo neighborhood of the city. The unconfirmed alien was said to resemble a “chupacabra”, a mythical folkloric creature, and was approximately 30 centimeters tall.

“Furthermore, the characteristic of this object is as if it were throwing fire.”

After its walkabout the alien returned to its space ship and departed for a destination unknown, the eyewitnesses believed.

The only traces that remained of its visit were circles in the grass, from where a UFO took off, they said.

Sightings of UFOs have increased dramatically during the coronavirus pandemic.

Peter Davenport, the director of the U.F.O. reporting center, known as NUFORC, told the New York Times: “It’s encouraging to many of us in the field of ufology that the government is willing to confirm that they are aware of these circumstances, that they are conceding that people are reporting these events.”

Mr Davenport, who holds master’s degrees in biology and finance, became fascinated by UFOs after seeing one as a child.

While watching a movie at a drive-in cinema in St Louis with his family, Mr Davenport saw “an amazingly bright fire engine red object that looked something like an English rugby ball.

“It appeared to be almost motionless, then shot straight up, and then down behind [a building]. All of that happened in five or six seconds.”