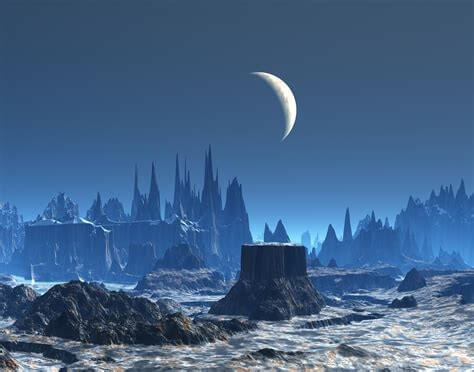 Where would blue-skinned aliens exist?

Joel asked: If you were to find aliens next to the sun, why would they be blue?

The only blue aliens I’m aware of lived on a moon called Pandora in a popular movie released in 2009. The foundation of your question is the more general question of why we observe a wide variety of colors “used” by life on Earth. Those colors are “used” by their organisms in many different ways. And there are a variety of mechanisms that generate the colors.

The colors of plants and animals have a variety of goals. For plants, the green of their leaves comes from the chlorophyll that absorbs violet-blue and yellow-orange-red light for photosynthesis. Some plants (like Japanese plum) have additional pigments for protection from ultraviolet light and appear dark red. Flowers have colors specifically to attract pollinators, but the colors the pollinators see may not be the colors we see.

Animals have colors to camouflage themselves and attract mates. Some plant and animal coloring is designed to warn off predators. The red eye you see in flash pictures of your friends is a reflection of their eyes’ retinas. Photographs of dogs show their retinas reflect greenish light. Is retinal color related to color vision? Most humans have color vision and dogs are color blind.

The colors we see around us are generated by different mechanisms, which can reflect (pun intended) on its use by an organism. The color of a pigment depends on the colors it absorbs and those it reflects. Chlorophyll is a green pigment, and hair and skin colors result from pigments as well.

Polar bears’ black skin pigmentation helps keep them warm. The bears’ white fur only looks white in bulk. Individual hair follicles are actually transparent, so that they carry sunlight down from the “top” of the fur coat to the bear’s skin, where all the colors of sunlight (you’ve seen them in a rainbow made by differential refraction, another mechanism!) are absorbed by the black skin, helping to keep the polar bear warm. The fiber optics we use to transfer data over the internet or between components in your home entertainment system carry light in the same way.

The iridescent color of bird feathers is produced by another mechanism, the same one that makes detergent bubbles and thin slicks of oil on water show colors. The structure of feathers and thickness of detergent and oil layers permits waves of light to “interfere” with each other. You’ve seen wave interference in a quiet pool or pond when you throw two small objects into the water and the circular waves move out from each impact point. When the waves cross over each other, their height is greater where the peaks combine and flat where a peak and a valley combine.

A similar thing happens with light waves in iridescent materials. In the feathers, waves of a particular color are reflected and combined before they are shunted out of the feather, while the other colors are absorbed by a black pigment. The colors come from the spacing of tiny reflectors, called lamellae, in the feathers: change the spacing and the color coming from the feather is different. In detergent bubbles and oil slicks, change the layer’s thickness and you change the color seen.

So where might we expect blue-skinned aliens? My answer is on an exoplanet orbiting a cool, red star. Why? Because the alien probably wants to absorb as much stellar energy as it can from its star, and blue pigments absorb red light. It would be well-camouflaged in the blue vegetation trying to absorb as much energy from the red sun as it could.