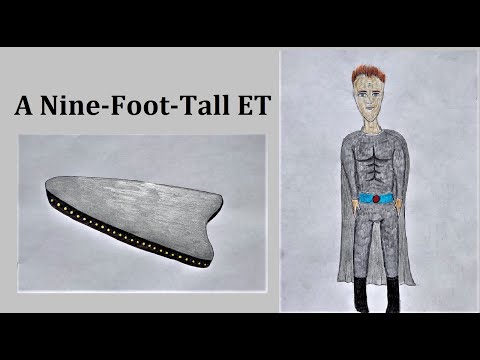 Preston Dennett
Born in 1960, Jill Wheeler (pseudonym) had her first UFO encounter when she was only five years old. A group of three-foot-tall figures dressed up like teddy bears entered her home and told her to follow them. A closer look revealed them to be typical grays. A short conversation ensued, at which point the ETs brought out a mysterious black box and set it up in the middle of her bedroom. A strange procedure followed, and after a little while, the grays left. That was Jill’s first experience. But it wouldn’t be her last. Around age nine, the grays returned, and began to teach Jill secret lessons. Unfortunately, Jill couldn’t remember what they taught her. The grays returned a few days later and shared more information with her. And over the next three years, they visited more than 100 times, always with the purpose of teaching Jill secret knowledge. The visits were always pleasant and fun, and Jill looked forward to them. In fact, the ETs showed her how to call them down using a special signal. Then, after three years, the encounters abruptly ended. And as the grays had warned her, she forgot about them completely. A short time later, Jill and her best friend had a dramatic close-up sighting of a huge metallic craft. It was an encounter that would convince her that UFOs were real. After that, Jill’s life returned to normal. She grew up, got married. She and her husband bought a home in a small town in Nebraska. She got pregnant with her first child, and shortly later had another kid. But it was shortly after she gave birth to her third child that weird experiences began to occur. She had been diagnosed with tuberculosis as a child, and she had to have annual lung x-rays to monitor her condition. One year, Jill went to the doctor, and they discovered a strange unidentified object in her lungs. Doctors were unable to explain it. More weirdness followed. Jill was changing her new baby’s diaper when a tiny object fell out her nose. She instantly saw that this object wasn’t natural. It was white and looked like a miniature spool. But what was it doing in her nose? Following this event, Jill’s health began to decline. She felt sick and dizzy, and rapidly lost weight. Her health slowly spiraled downward, and after three years, Jill was extremely weak, and was passing out multiple times daily. Doctors were unable to diagnose her condition. All they knew was that Jill was very sick. Then, one evening in 1995, Jill was walking across her living room when suddenly she found herself inside what appeared to be a huge underground base. There was a domed ceiling, hundreds of small cubicles, and Jill was inside one of them lying on a cold, steel doctor’s table. She was dazed and disoriented, and like other people who were there, was trying to figure out where she was. Suddenly, a strange nine-foot-tall humanoid entered her cubicle and said, “Okay, it’s your turn now, Jill.” Jill screamed in terror as the being began a mysterious medical procedure on her body. During the procedure, Jill lost consciousness, and the next thing she knew, she was back in her home. Only now, her family would not wake up. It took her more than twenty minutes of shaking them before any of them would wake up. Jill had no idea what had happened to her. But that evening, as she put her infant son to bed, he pointed at the moon and said, “Mommy! I went on a ship to the moon! Went on a ship to the moon!” Jill was shocked. Had her son been taken too? Even stranger, Jill noticed that although her body was very sore (a condition which persisted for two weeks,) she was feeling much better. In fact, the next day, she didn’t lose consciousness at all. And as the days passed, she never passed out again, and she began to gain her weight back. Had the ETs healed her? And if so, why her? She was just a housewife from Nebraska. Not long after that, Jill had another close-up sighting of a UFO that paced her car. And after that, she was taken again inside a UFO. This time she was shown a little baby who didn’t quite look human. The ETs told her, “This is your baby.” Jill could ignore it no longer. She began doing research about her experiences and learned that she was a UFO contactee. But still she wondered, why her? And who was that nine-foot-tall alien? Had she really been taken to an underground base? Was that weird-looking baby truly hers? She still has many questions. And these are only some of the many strange encounters she had experienced.