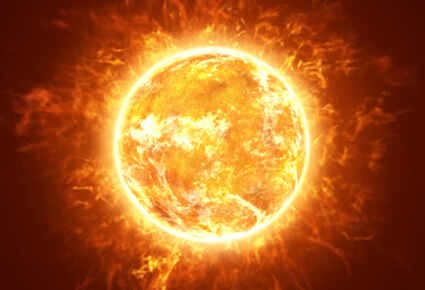 Researchers claim that Extraterrestrials are responsible for the amount of sunlight our planet receives.

The Russian U̳F̳O̳logist, who’s YouTube moniker is myunhauzen74, has seen what he believes are several U̳F̳O̳s travelling around the sun on 3 March, amongst the images sent back from the Solar Heliospheric Observatory.

There have been several claims of U̳F̳O̳s flying around the sun that affecting the Earth’s climate. In 2005, US meteorologist Scott Stevens stated that Hurricane Katrina had been generated by Russian scientists. He also accused NASA of concealing data relayed to Earth by the orbital solar telescope Soho.

Soho, a joint project by NASA and the European Space Agency (ESA) is positioned 1.5 million kilometers away from Earth. It takes pictures of the solar flares and prominence’s, as well as comets that fly past the Sun.

“I am confident that U̳F̳O̳s are flying in the vicinity of our star,” says Stevens. “I am talking about a fleet of U̳F̳O̳s operating near the Sun. I believe that both NASA and the US government are aware of the existence of a certain civilization whose spacecraft are capable of resisting extremely high temperatures. The powers that be are simply afraid to admit the fact. They haven’t yet decided on the tactics,” the meteorologist said in a U̳F̳O̳ digest report.

“I heard in a news story about six-seven years back about two Russian scientists that discovered that there were numerous U̳F̳O̳s around the sun at the same time, 24 hours a day, every day,” Scott C. Waring from U̳F̳O̳ Sightings Daily said. “They stated the U̳F̳O̳s would increase and decrease their speed suddenly for no reason and they would make sudden hard right 90 degree turns without slowing down.

“They are out there… around our sun, doing God knows what. They may actually be controlling the Sun, to keep a steady temperature here on Earth, or they could be harvesting a very rare and powerful heavy element. “Let’s hope they don’t make a mistake and barbecue our planet