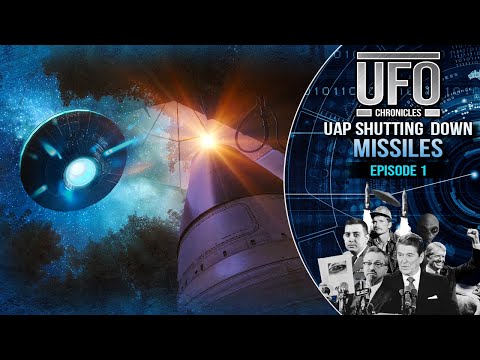 UAMN TV
In this Inaugural Launch of Richard Dolan’s UFO Chronicles Series, Richard examines reported incidents of UFO’s shutting down U.S. military missiles, along with Ronald Reagan’s UFO experiences, the incredible Travis Walton alien abduction incident, the U.S. governments attempt to remote view UFO’s and alien bases, strange UFO encounters, secret advanced technologies, the incredible UFO dogfight over Iran, President Jimmy Carter’s UFO sighting, information from whistleblowers on early UFO crashes, their occupants and an alien autopsy on film, the shooting of an alien at a U.S. military base, naval UFO sightings and a mysterious man who delivered a message of warning to Navy crewmen before vanishing and the strange alien visit to a school in Africa. Episode 1 – Richard reveals a number of shocking incidents when UFOs have allegedly appeared above highly sensitive military facilities and adversely affected nuclear weapons, such as shutting down inter-ballistic missiles. Incidents like this have seemingly taken place a number of times around the world. Richard explains that a thorough investigation as to why and how these weapons were affected took place, and no rational explanation could be found.