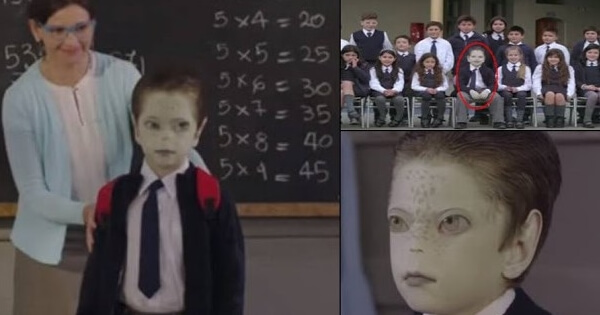 A Bizarre UNICEF Video Urging Kids To Accept Reptilian Aliens Published on April 29, 2020 A video released in Chile by UNICEF has sparked controversy around the world. In this video created and promoted by UNICEF (United Nations Children Fund) you can see how an alien child is integrated into a school with human children. As expected, this video shows how, at first, the alien child is mocked, but in the end after showing all his psychic abilities he is accepted by the other children. It should be noted that UNICEF has an agreement with one of the Vatican-owned organizations. This organization is called the “Scholas Occurrentes Initiative” and is founded by Pope Francis himself. The goal of this organization is to radically change the way children around the world are educated. Is this video proof that the Vatican and UNICEF are trying to prepare the collective mind so that the human race can more easily accept possible contact with an alien race? Watch the following video and see for yourself.

Very Interesting I desire to investigate this a bit further, just seems  like not a lot of Information on this so far.

WE ARE NOT ALONE AND WE ARE THE DISCLOSURE !!!