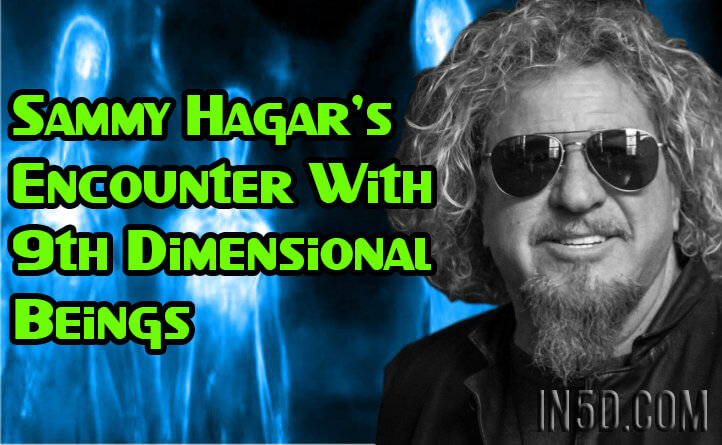 In an interview with Guitar World magazine, Hagar said:

“I’m a firm believer – have seen, have felt, have been contacted 3 or 4 different times. I have received information that has been valuable in my life from those people, and they have used me.

I’m gonna sound like a complete nut here, but they have used me in an experimental fashion. The easiest way to put it is that they downloaded my brain information. When I was about 19 or 20, they downloaded everything that was in my head. And I caught ’em doing’ it! I woke up in the middle of the night, thinking, ‘What’s going’ on?’ They were like, ‘Oh, my god, he’s waking up!’ But this was all telepathy – there were no words being spoken. And as soon as I woke up – it was probably 3 o’clock in the morning – my whole room was so bright that I could hardly keep my eyes open. I was wide-awake, I could not move, eyes open, white room, they were still disconnecting – and when they did, it just went bang!

Everything went back to normal, back to black. I was shaking, I almost passed out, I was sick to my stomach and almost had to throw up, it was so scary. It sent me on a course of curiosity.

I bought a telescope, and I started reading UFO books, and I just got into the whole thing. And since then, there have been 3 or 4 other contacts with the same group of people. I don’t know who the f–k they are, but I’ve narrowed them down to a people called The Nine, who are called that because they’re from the Ninth Dimension. I’ve named my publishing company the Nine Music after them.

It’s a crazy thing, man. But to me, anyone who thinks we’re the only ones here, despite the vastness of the entire universe, is f–king crazy. Those people gotta be put away – not the guys having these contacts.”

One must wonder if these are the same beings as Magenta Pixie calls, “The Nine”: