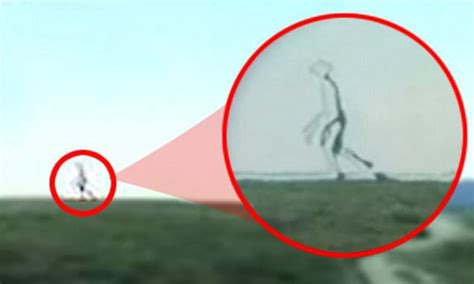 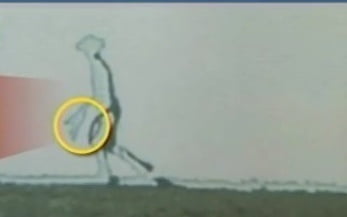 In 2012, a strange image started circling around the internet showing what seems to be an extraterrestrial being in Asia. And while scientists were trying to determine whether it’s real, the discovery of eight-foot-tall humanoid aliens from Proxima B came as a shock to them all.

Proxima B is probably one of the most remarkable findings of the universe. It’s an Earth-sized exoplanet that orbits inside the habitable zone of our Sun’s nearest stellar neighbor, Dwarf Star Proxima Centauri.

This exoplanet has become an even more important discovery since the release of a report that suggests there are eight-foot-tall humanoid aliens from this planet that visited Earth in the distant past and still do it today.

The European Southern Observatory has announced that the Earth-like Proxima B planet has the potential of sustaining life.

This was enough for many ufologists to claim that there are aliens living around Proxima Centauri. Moreover, they believe their name is the Cenos aliens.

As reported by CNET, ufologists connect the 2012 image of an alien in Asia with the aliens of Proxima Centauri.

Namely, they believe the mysterious creature is the proof that 8-foot-tall humanoid aliens from Proxima Centauri have visited and still visit our planet.

Alien hunters widely believe that this data became open by one of the supposed beings from Alpha Centauri who using hypnosis talked through the mouth of a human being.

However, the story of the so-called Cenos aliens goes far beyond that just a regular alien story. Read more to get to know it.

Back in 1957, a group of psychologists in California observed a woman under hypnosis. Through the mouth of this woman, the alien being ‘Hands’ talked to the doctors explaining how he originates from a planet in the Alpha Centauri System.

Further details of the conversation were published in a 1976 book called Hands: The True Account – A Hypnotic Subject Reports on Outer Space, by California psychologists Margaret Williams and Lee Gladden.

The being ‘Hands’ described himself as an alien which possesses eight hands.

Regarding his alien race, he said they are very strong, they have many hearts, don’t suffer from any diseases, don’t sleep and live about 120 years. Also, he described them as beings with elongated skulls and skins with large pores.

In addition, he described them as aliens who have grey spacesuits and grey helmets. They move around in spaceships that remind of a vast spinning tape recorder.

This alien civilization has come to our planet in the ancient time and during World War II. But ufologists go as far as to claim that Cenos aliens still live secretly among us people.

Dr. Barry Warmkessel is a B.A. in physics from Pomona College and a Ph.D. from Arizona State University. He considers himself as a specialist in alien technology and a source for Cenos alien knowledge.

According to him, Hand is a real alien creature that reveals himself through hypnosis. However, he claims the object of hypnosis’ identity remains secret up until today.