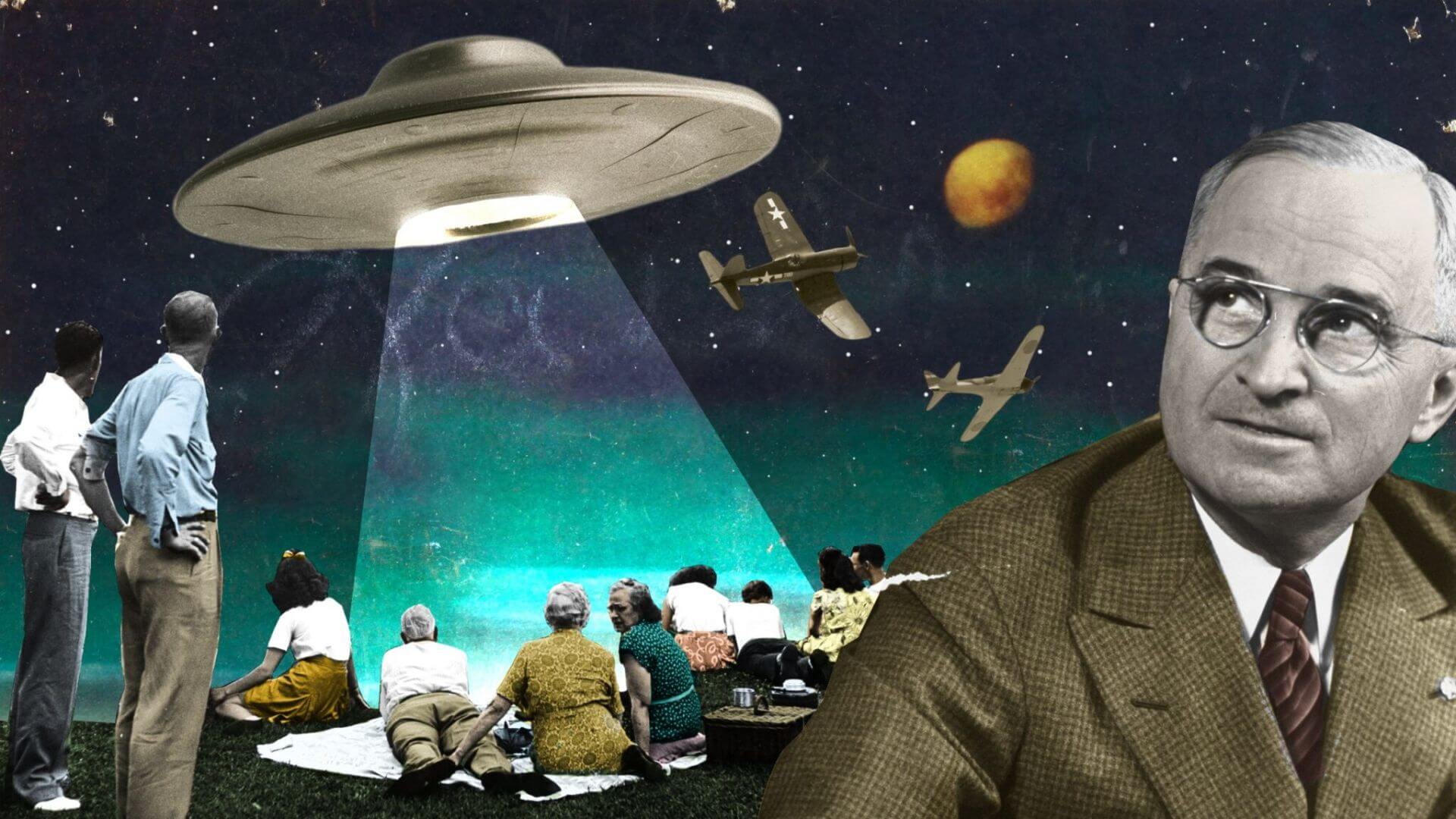 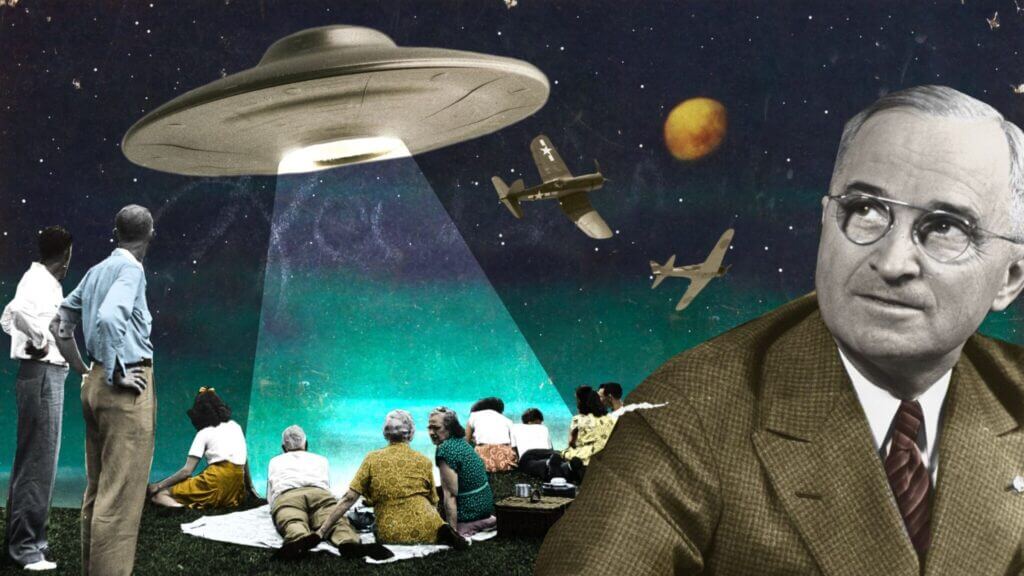 For more than 70 years, highly trained, credible people have reported interactions with some kind of intelligence that is, literally, out of this world. Yet, the mass of corroborated testimony from military pilots, commercial pilots, astronauts, cosmonauts, radar operators, air traffic controllers, sonar operators, military personnel, and police officers from all around the world have been largely ignored by governments, military and scientists and the academic world. Why? Because governments across the planet, supported by the mainstream media, have poured scorn on and trivialized the subject of UFOs since the early 1950s. As the late Stanton Friedman used to say, “It can’t be, so it isn’t.”

While the subject has opened up to the public in recent years, the manufactured stigma attached to the UFO topic makes it is still too ‘taboo’ for most. Scientists and academics still do not take the UFO phenomena seriously. It isn’t surprising, since for most of their lives they have been told that there is no evidence to support the premise that some of these reports are credible, cannot be explained, and may be of extraterrestrial/non-human origin.

Almost all of these scientists, professors and the public in general do not realize that they have been hoodwinked by a huge propaganda machine that was deliberately created by the United States. In January 1953, a group of scientists met to figure out a way to ‘strip the aura’ from ‘flying saucers’. They decided the best way to do this was to dismiss, trivialize, scorn and debunk all UFO sightings through the use of the media in all its forms – television, film, newspapers, books, and magazines. They commissioned the ‘Robertson Panel’ to begin the process of stigma and ridicule that has plagued this topic for decades.

Today, most astronomers won’t even consider looking at the mountain of UFO evidence, due to the perceived risk of ridicule and the effect on their careers. This has proven to be a powerful deterrent for those that dare to take the phenomena seriously. The message was clear to scientists and academics: stay away from UFO research or risk ruining your career.

Yet over the past months, there have been significant developments on the UFO subject that seem to be signaling the end to this policy of deceit and denial. A government investigative task force just submitted a nine-page preliminary assessment report to Congress regarding US Navy encounters with UFOs off the east and west coasts of America in recent years. It cited 144 cases recorded by the US military since 2004 and stated that 143 remained unexplained. Given the huge technological resources the US has, it is a staggering statistic. We’ve also seen people at the highest levels of government and the military speak out about the phenomenon, in complete contrast to what leaders have said on the matter before.

Said Senator Marco Rubio: “We have things flying around military bases and places where we’re conducting military exercises, and we don’t know what it is and it isn’t ours. …I’d say frankly if it’s something outside this planet it would actually be better than the fact that we’ve seen some technology leap on behalf of the Russians, the Chinese, or some other adversary…” Rubio later added: “We cannot allow the stigma of UFOs to keep us from seriously investigating these encounters.”

Former CIA Director John Brennan said to an audience at George Mason University: “I think it’s a bit presumptuous and arrogant for us to believe that there’s no other form of life anywhere in the entire universe… I think some of the phenomena we’re going to be seeing continues to be unexplained and might, in fact, be some type of phenomenon that is the result of something that we don’t yet understand, and that could involve some type of activity that some might say constitutes a different form of life.”

John Ratcliffe, a former director of national intelligence, recently said on Fox News: “There’s actually quite a few of those (UFOs). … [T]here are instances where we don’t have good explanations for some of the things that we have seen. When we talk about sightings, it’s not just a pilot or just a satellite, or some intelligence collection. Usually, we have multiple sensors that are picking up these things.”

Former director of national intelligence, James Clapper, told CNN: “I don’t know why we haven’t been more transparent about (UFOs) in the past, and I’m part of that crime I guess… I didn’t insist on more transparency with respect to this issue.”

Even former President Barack Obama has talked in specifics about UFOs. On the James Corden talk show Obama said: “But what is true… is that there’s footage and records of objects in the sky that we don’t know exactly what they are. We can’t explain how they moved, their trajectory. They did not have an easily explainable pattern.”

These comments from such high-level individuals indicates the very real possibility that we have been witnessing UFOs in action around our Earth for decades, and that for the first time it will be taken seriously and investigated properly by the world’s top scientists. And this in turn is likely to have profound implications for humanity. In the second part of my article, I will detail some of the most astonishing unexplained encounters.

The policy of denial and debunking evidence of encounters with ‘alien spacecraft’,

that’s been in place since the 1950s, is crumbling. Even ex-US presidents and CIA directors admit there’s something out there we can’t explain.

It’s often said that when mankind acknowledges that ‘life’ in the universe has been confirmed and an intelligent civilization reaches out to us, that ‘contact’ will be the most profound moment in human history. So, almost everyone is in agreement as to the ramifications of such ‘contact’, but have we actually not had an ongoing engagement between humans and super-intelligent creatures from other planets for decades?

Today, on World UFO Day, as we approach the summer of 2021, the world is potentially on the brink of learning something that most people will be astonished and perhaps shocked by.

For more than 70 years, highly trained, credible people have found themselves involved in multiple witness reports and having an interaction with some kind of intelligence that is, literally, out of this world. These cases from all around the

world have been fully investigated and documented, yet have largely been ignored by governments, military and scientists and the academic world.

The explanation is simple and stark: governments across the planet, supported by the mainstream media, have poured scorn on and trivialized the subject of unidentified flying objects, or flying saucers, since the early 1950s.

As the late Stanton Friedman, a nuclear physicist and huge UFO proponent, used to

That phrase is particularly apt if we ask the question as to why the scientific and academic worlds have largely ignored the mass of corroborated testimony from military pilots, commercial pilots, astronauts, cosmonauts, radar operators, air traffic controllers, sonar operators, military personnel, and police officers etc.

In recent years, a new acronym has been created to replace the term ‘UFO’ – Unidentified Aerial Phenomena (UAP) – in the hope that science, academia, and the media would be more open to investigating the subject. However, such is the manufactured stigma attached to this topic that it is still deemed too ‘taboo’ for most.