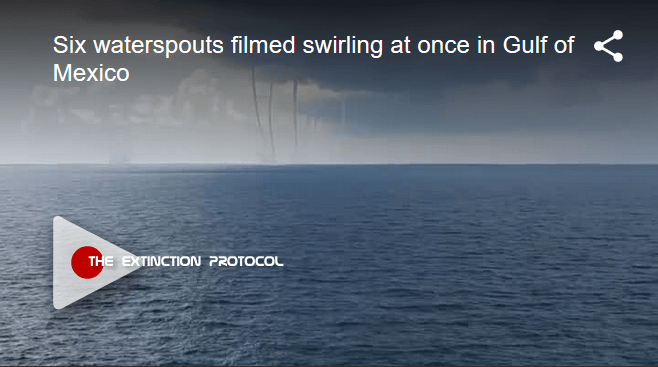 Posted on August 22, 2020 by The Extinction Protocol

Multiple waterspouts were spotted swirling simultaneously off Louisiana’s coast on August 20, as severe storms battered the region with hail. This footage shot by Frank Leday in the Gulf of Mexico captures at least six of the watery vortexes spiraling skyward against a blanket of dark storm clouds.

The storms came as the US National Weather Service predicted two tropical depressions — one in the North Atlantic and another in the Caribbean — could develop into hurricanes upon hitting the Gulf. According to US media, it would be the first instance of two separate tropical storm systems in the basin in over 60 years.  –Fox News NY