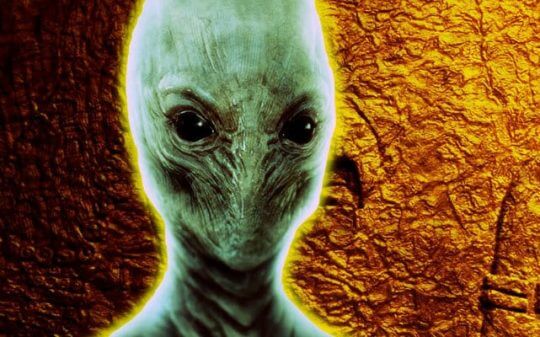 The discovery of ancient or even unknown civilizations has always fascinated archaeologists and scientists because such findings have added up to the known history by bringing in new episodes depicting the achievements of the old people who once dwelt on planet Earth.

However, when a team of archaeologists investigated this particular site, they couldn’t find a link between it and any other known culture. After carbon-14 was used in order to find the approximate time-period of the African remains, the archaeologists and historians were perplexed – the ruins were around since 160,000 to 200,000 years before Christ.

What makes this even more interesting is the fact that no advanced civilizations were thought to exist in South Africa in the past and that the first powerful cultures appeared in Sumeria, Egypt and other places.

When researcher and author, Michael Tellinger, teamed up with Johan Heine, a local pilot who had surveilled the area from above countless times, this mysterious settlement and its extreme importance was finally brought into discussion.

West of the port city of Maputo, about 150 miles inland, lies the remains of a colossal ancient metropolis that measures about 1,500 square miles and is considered part of an even larger picture measuring about 10,000 miles. Until recently, local people who encounters the strange stone foundations thought they were built by the indigenous people in the past and no one was attracted in discovering the exact origins, until Tellinger and Heine arrived.

When Heine first introduced me to the ancient stone ruins of southern Africa, he had no idea of the incredible discoveries we would achieve in the following years. The photographs, artifacts and evidence we accumulated, points towards a lost civilization that has never before been and precedes all others – not for a hundred years, or a few thousand years…but many thousands of years. – said Tellinger

The researchers were puzzled by the presence of so many gold mines remnants located in the vicinity of the ancient city. As Tellinger considers, this striking element shows how a timeworn civilization lived and prospered in this massive city while undertaking massive gold exploitations from the numerous mines around the settlement.

What they did with the gold remains a mystery because not much is known about a period so far away in time. Even though the site is only 150 miles away from an excellent port that could had facilitated a great way to ship their goods, we are still talking about 200,000 BC. Is it possible that they used the gold for trade or for sculpting statues and idols? Or could this enigmatic material possess a different, nobler value for these ancient people?

I see myself a fairly open-minded chap but I will admit that it took me well over a year for the penny to drop, and for me to realize that we are actually dealing with the oldest structures ever built by humans on Earth.

The main reason for this is that we have been taught that nothing of significance has ever come from southern Africa. That the powerful civilizations all emerged in Sumeria and Egypt and other places. We are told that until the settlement of the Bantu people from the north, which was supposed to have started sometime in the 12th century AD, this part of the world was filled by hunter gatherers and so-called Bushmen, who did not make any major contributions in technology or civilization. – Tellinger

The ancient ruins are scattered over an extremely large area. While most of them consist of circular stone circles buried in the sand, the climate change has blown the sand off, revealing other imposing structures with walls standing as high as 5 feet, while being over a meter in diameter; also roads were discovered, some extended over hundreds of miles, connecting the community and terraced agriculture.