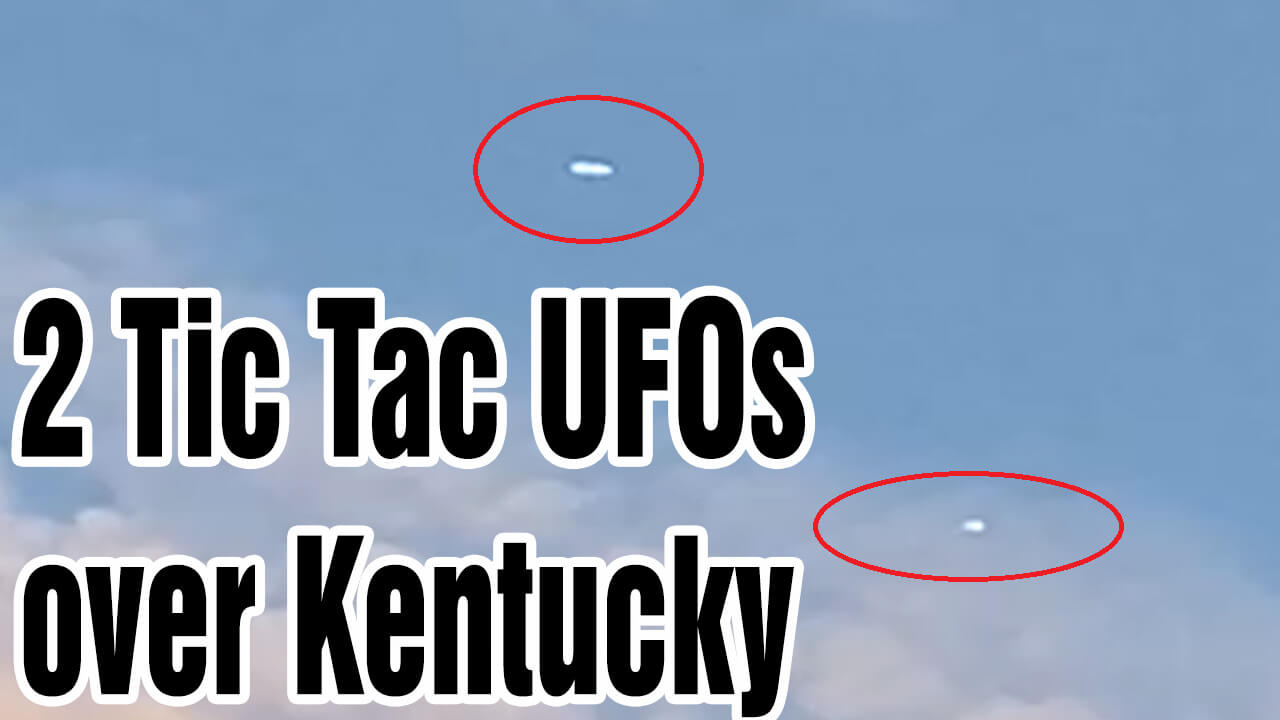 These two bright Tic-Tac UFOs were filmed flying over daytime sky over Fairdale, a neighborhood in Louisville, Kentucky. This happened yesterday (on 7th October 2021).

Witness report: My father first mentioned the objects while we were watching my kids (his grandchildren) play on my back porch and asked “what the hell is that”. This caught my attention as well as my 2 children. We observed the 2 pill capsule-like objects start very close together which is what prompted my father’s concern and for me to grab my phone to record. They gradually spread apart and continued on a straight path until they were no longer visible. They appeared as white/silver in color but was difficult to pinpoint because the surface appeared somewhat reflective. we didn’t observe any windows. We are used to seeing planes daily coming from the SW direction as well, but the shape and color of the objects are totally off. We also observed an airplane flying SW to W on the opposite side of my back porch where we were located immediately after the incident occurred and we could no longer see the 2 objects, which further attests the color and shape of the objects were nothing like an airplane. I included the video of the airplane also as comparison to show the difference. I also did not notice while I was filming but my video has a few glitches in the beginning.