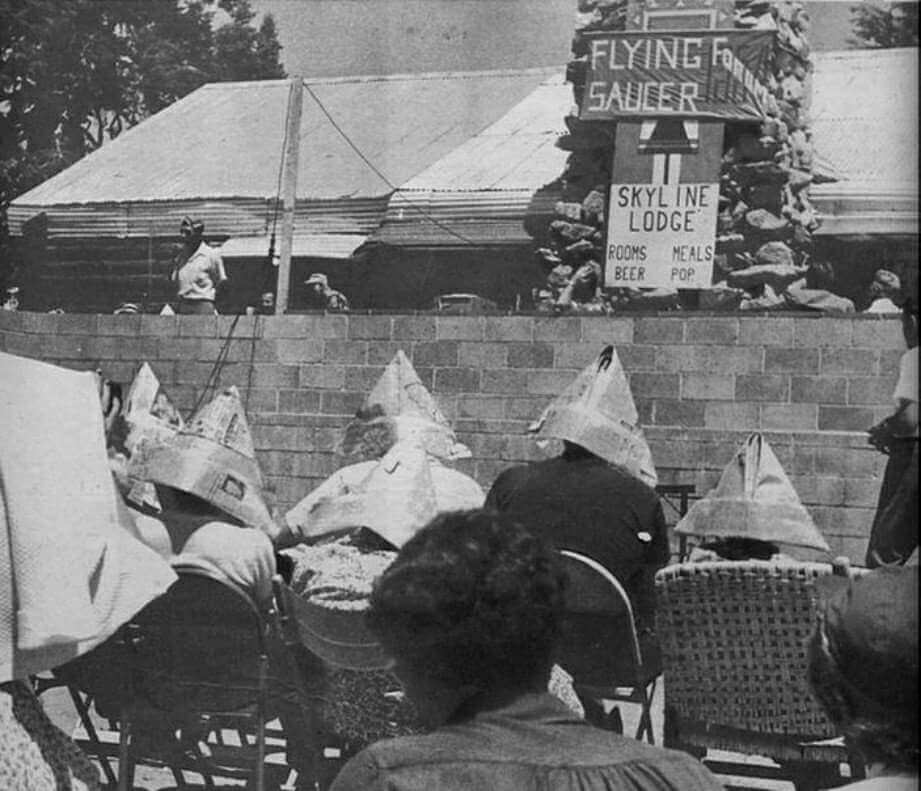 Is Venus a habitable planet? Currently, it is covered with thick clouds with over 864 degrees Fahrenheit surface temperature during sunlight. However, a study says it may once have been habitable. Seven years after the Roswell incident, a group of UFO researchers claimed that extraterrestrials from Venus arrived on Earth to learn what humans knew about them. Dolores Barrios’ case is the classic example that is often associated with Venus’ alien theory.

In August 1954, the most intrigued UFO convention happened in Mount Palomar, California, at an altitude over 6,000 feet, in front of the Skyline Lodge. The main promoters of this convention were George Adamski, Truman Bethurum, and Daniel Fry. All three of them have their own UFO experiences that provided a great upliftment to UFOlogy. There were thousands of people who attended the event including alien contactees, FBI agents, and UFO witnesses.

During the first day of the convention, each of the contactees shared their experiences. George Adamski is famous for his contact with aliens from Venus. He explained that Venusians looked like human beings. According to him, they had infiltrated our society and were living in big cities. He even showed a painting of the humanoid Venusian, very similar to blond caucasian humans with standard height and body structure, but not with so pale skin as the Scandinavians.

At the end of the first day, the audience was disturbed and confused by the presence of three pale-skinned people that included a beautiful woman accompanied by two men. The woman had blond hair and black intense eyes. She had the excessive cranial formation and a strange bone mark on the forehead. One of the men was in spectacles.

The place was stuffed with a rumor that they might be aliens from Venus as they resembled the match Adamski stated earlier. One of the people who seemed inquisitive asked the trio if they were from Venus. The woman smiled and said “no” to him.

They had a small conversation with the strangers. The trio said that they had come there in curiosity as they believed in flying saucers and the story shared by Adamski about Venusians.

A Brazilian journalist named João Martins, who came to attend the convention interviewed the three strangers. Upon researching, he discovered that the woman was named Dolores Barrios and she was a fashion designer from New York. The two men were Donald Morand and Bill Jackmart, both musicians living in Manhattan Beach, California. Martins was suspicious about Dolores as she looked exactly like a woman in the painting showed by Adamski. He even asked them if he could photograph them but they refused and were irritated at being called Venusians.

On the next day of the convention, Martins took the trio’s photograph. This scared them, so they ran to the forest and soon after it, a UFO was seen in that area, taking off. Unfortunately, no photos were taken.

Later, the incident was published in “O Cruzeiro,” a Brazilian weekly magazine in October 1954, and the story was narrated by Martins. He was the only person who covered this incident. On the other hand, Adamski did not like the whole scenario as he thought people called themselves Venusisns to harm his reputation.

Adamski claimed that he had met a Venusian named Orthon who came on Earth to deliver the message that humans should live in peace otherwise they would destroy themselves. This similar message was shown in the 1951 film “The Day the Earth Stood Still.” So, many people assumed that Adamski could have made up his own story.

Besides, throughout the 1950s and 1960s, he had shown several UFO photos which later proved to be hoaxes. There was also a huge controversy behind João Martins UFO photos.

One day, Martins and his friend Ed Keffel took a photograph of the blue-gray flying circular object while interviewing a couple in Rio de Janeiro in 1952. It is known as Barra da Tijuca UFO incident. Although the photos were found to be authentic by many officials, other members of the magazine’s staff came forward to confirm that it must be a joke inside the office.

There is always a conspiracy about Dolores Barrios, if she was really an alien from Venus or not. Some researchers believe that she was an ordinary person who died in 2008.