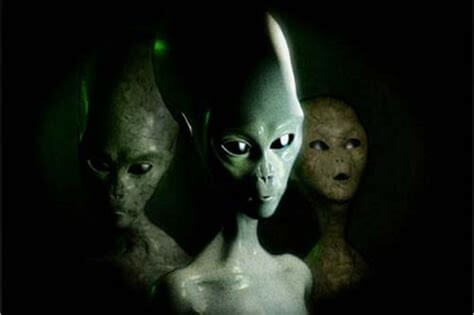 Some say an alien civilization existed before mankind was born on planet Earth. Other say aliens from another planet come on Earth and helped mankind to be born. They believe those aliens come to Earth from time to time, keeping a track on how humans are progressing, looming over us like gods. Here are, unknown to most of us, such alien races in contact with earth: 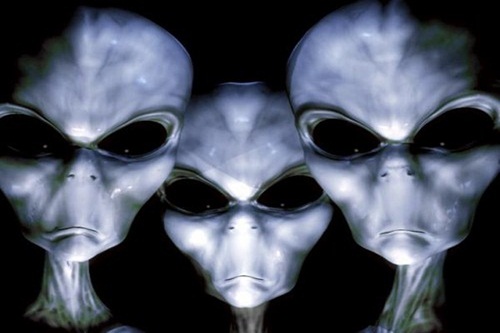 The Gray’s come from a star-system known as Zeti Reticuli which is a star system located somewhere in the southern celestial hemisphere and are thought to be one of the alien races in contact with earth. At a little over 40 light-years away they’re practically our closest neighbors, the type of neighbors that you conveniently forget to invite over for a dinner party.

If we had to pick out one particular race in the cosmos and call them the ‘bad guys’ it would definitely be these guys. Tall and humanoid with a long head, and distinctive grey features, they are the most commonly depicted alien life-form in our media and are also the beings that are most commonly described by alien abductees who have been returned back to Earth.

The Grays have the greatest tendency to be involved in abductions because they like to stockpile humans. They think of Earth the way that you would of a chicken farm; just brimming with genetic material that they can’t wait to get their hands on. They come to Earth to pick up a juicy selection then take it home to do cosmos-only-knows what. On the off-chance that they’re not happy with their selection then they bring it back and choose another. 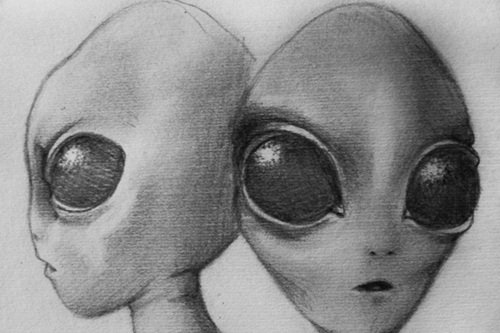 Hybrids are particularly common across the cosmos and are believed to be of the alien races in contact with earth. Some even believe that we humans are genetic hybrids ourselves but that’s a discussion for another conspiracy forum. The Sassani are a hybrid that was developed from reptilians and gray-humans. Their development was found to be necessary after the Grays mutated themselves through genetic experimentation to a point where they could no longer reproduce using conventional means i.e alien sex, and were only able to spawn new generations by cloning themselves. Cloning is well and good if you want to create new beings however it gives no genetic variation over successive generations which lead to problems.

So they came to Earth and ‘convinced’ a few people to share our genetic information with them. From this genetic cross-over the universe was blessed with an entirely new type of being; the Sassani who in a way are like our interstellar cousins. They were then given their own planet and allowed to roam free and evolve into the best beings that they can be.

The Sassani have a stronger connection with their higher selves and are believed to be where humans will one day be, although they are millennia ahead of us and are one of up to fifteen alien races that are actively engaged in humanity’s conscious awakening. 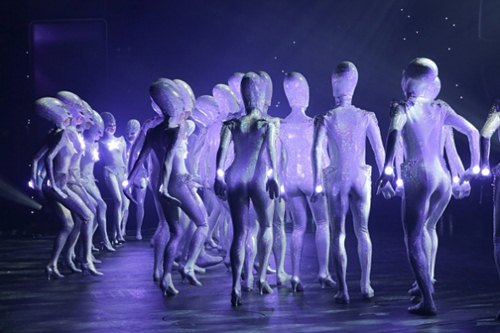 Of all of the species known believed to inhabit to the Milky Way, the Arcturians are the most ancient and the wisest. They are said to be one of the alien races in contact with earth. If Yoda came from any one of the alien species on this list, it would probably have been this one. Theirs was the first system to be given the gift of life in our galaxy and all of the other species, ours included, may have descended from them. They’ve mutated and evolved over their time and now exist in many forms. The main race of Arcturians stands to about 5 feet with green skin and large eyes that can see right through you.

Just like most nerds, this race’s development of their minds rather than their bodies made them small in stature so you could probably take one of them in a fist-fight however their advanced intelligence means that if any alien species out there knows how to use ‘The Force’ from Star Wars, it’s these guys so watch out. Thankfully they do have a reputation for being the most kind and loving beings in the galaxy so if you manage to piss of them off then you must be a douche-bag of galactic proportions. 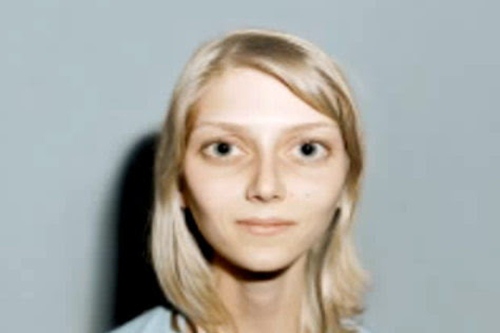 The Nordics look like Norse Gods; blonde with brilliant-blue eyes and the bodies of 6 foot tall, finely-toned athletes. You can see where the Scandinavian’s got their inspiration for Thor from. The Grays got a lot of attention when it comes to alien sightings but the Nordics are a species that come into contact with humans almost as much as they do. However they are more interested in the well-being of the human race than the Grays are, even though some eye-witness reports claim to have seen Nordics in the same alien craft as Grays. A possible explanation for this is that those Grays were slaves or servants to the Nordics as a Gray’s lack of empathy makes it an ideal butler. 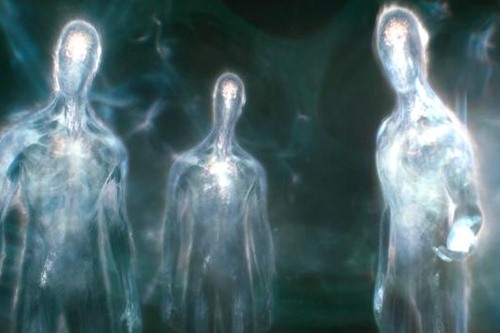 The Pleiadians come from a bright star cluster known as the Pleiades and are one of the beings in the Milky Way that closely resemble humans. They are thought to be one of the alien races in contact with earth therefore you could be sitting in a room with one right now and not even know it.

A major difference between us and them is that they are particularly sensitive to the physic energies that are constantly streaming across the universe. This means that the best way of reaching out to one of them would be by concentrating on sending out psychic messages. Put simply, if you really want to meet up with a Pleiadian for a cup of tea or a few brews, just sit down and meditate on it. Whether they choose to show up or not depends on how much they’re feeling your psychic energy so sending messages like ‘Get your interstellar b**ts over here, now!” are unlikely to work out well for you. 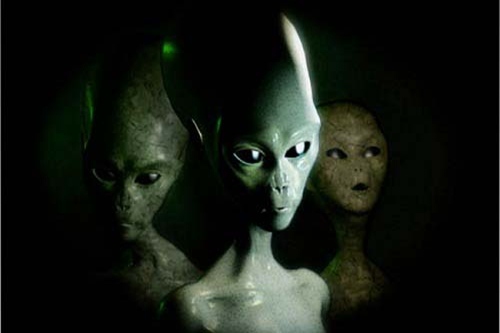 There’s been a lot a talk about which race will be the first to officially disclose their presence to Earthlings. The one that alien experts (assuming that you can call them that) all seem to agree on is the Yahyel.

This is one of the alien races in contact with earth and is known to be kind and loving and they have been touted as the best beings to make first contact with us due to their advanced and harmonious relationship with technology, something that we here on Earth are having a little trouble balancing out. Whenever a new invention comes about we weaponize it first, feed the hungry second.

The Yahyel know that we’re not the friendliest beings out there so they’re taking their time to make themselves known by easing their way in to our psyches with friendly UFO sightings such as the March 1997 sighting known as ‘The Phoenix Lights’ that they claim responsibility for. During that event they gave thousands of people across the State of Arizona in North America a spectacular light-show in the sky and there’s even video for anybody who missed it. 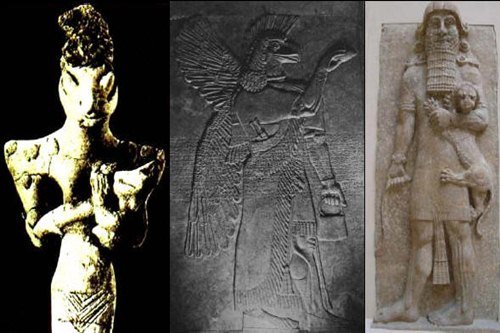 If human beings were able to successfully colonize another planet what would be the first thing we’d do? Pillage it for resources of course, which is exactly what the Anunnaki did when they arrived on Earth. They came from Planet X aka Nibiru, an almost mythical planet that some scientists believe rotates around our sun on a very wide elliptical orbit that takes it far out into the expanses of space before coming back in for a close shave with our sun. This crazy elliptical orbit is what makes its presence so hard to prove however the presence of the Anunnaki has been noted down in texts that date back to Mesopotamian cultures. They are believed to be one of the alien races in contact with earth.

Anyway, on Nibiru’s last brush with the planets of the inner solar system it crashed into another rock and the resulting collision created a planet that we now call Earth. While their planet was here a few of the Anunnaki ‘hopped off’ of their world and onto ours in search of a yellow element that they covet called gold.

Have you ever wondered why gold is so valuable? Yeah, it’s shiny but it doesn’t do anything useful like heal the sick or produce energy so why do we as a species desire it so much? We desire it because the Anunnaki desire it, and while they were here they enlisted us as their work-force to mine it for them. That’s right, out entire existence is based on working our socks off every day so that our alien overloads can have their fix of gold and other precious metals. Isn’t that grand? 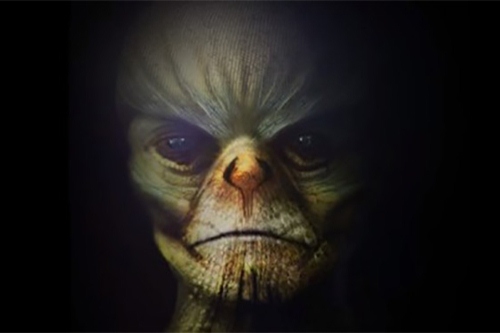 The Anunnaki was one of the alien races in contact with earth are were not the first race involved in the racket of mining minerals on our little blue planet. Before them came the Alpha Draconians. Standing at up to 22 feet tall these bad-ass beings are made up of pure muscle and resembled dinosaurs or dragons. As you can imagine, they were very unhappy when the Anunnaki showed up and took over however they are still active on our planet with puppets placed in the high echelons of government as they bide their time in an attempt to take over once again. 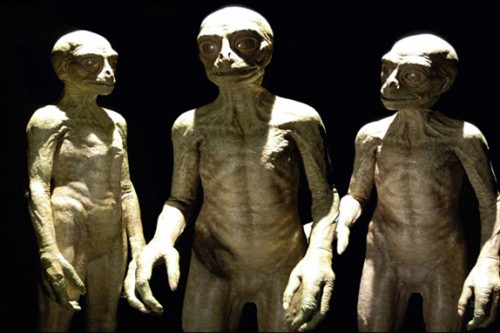 Before the Anunnaki stopped by and genetically engineered a bi-pedal workforce to dig up dirt for them, there was a race of intelligent beings who lived here and is thought to be one of the alien races in contact with earth. We know them as the Reptilians. Scaly and standing to about the size of a human being, they were driven underground by the Anunaki where they are said to still reside today in a network of complex underground tunnels.

Those that are open-minded and curious may be able to find these tunnels and pop in for a visit however considering that we’re the reason that they can’t come up for a breath of fresh air, it’s likely that they’ll skin you alive and leave you’re skeleton on a stick hanging outside of the entrance as a warning to any other scale-less punks who decide to invade their territory. You’ve been warned. 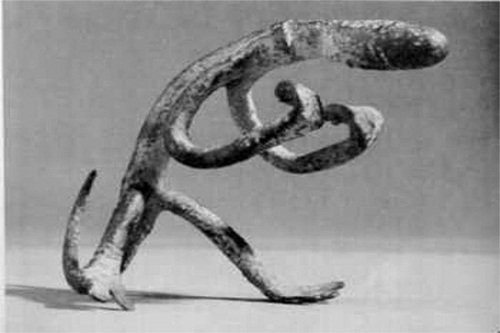 Some alien species chose to interact with certain tribes on Earth that they just happened to get along with better. The Scandinavians had the Nordics and the Dogon’s, a tribe indigenous to Mali in Northern Africa had the Nommos who hailed from the brightest star in our night sky, Sirius.

The Dogons knew centuries before modern science caught up that Sirius is actually made up of three stars and they even knew how long it took for Sirius B to go around Sirius A. Considering that they were millennia away from inventing devices powerful enough to see Sirius close-up, it makes sense that they had visitors from that section of the galaxy who told them about it.