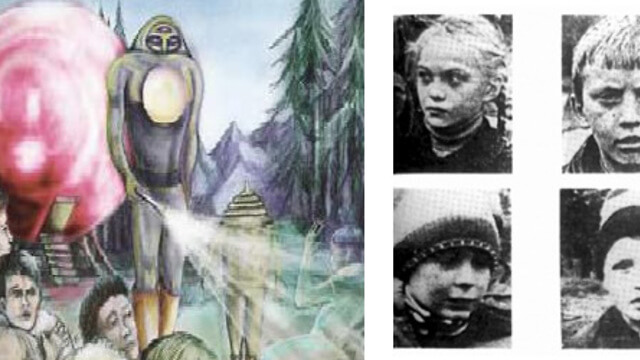 Think Anomalous
May 1, 2016
By popular request, I did my next case review on the famous UFO landing in Voronezh, Russia. The story is spectacular in its own right, and I tried to do it justice in my retelling, but I’ve also chosen to use it as another example of the way in which modern encounters with “aliens” resemble centuries-old encounters with fairies and goblins and the like. Here I’ve tried to compare the being’s paralyzing tube with the fairy wands and other hand-held devices of supposedly mythical peoples. Coincidence?

As the story begins, we find three children. Their names are given as Zhenya Blinov, Vasya Surin, and Yuliya Sholokhova. The girl and two boys all attended the local school. On that fateful evening of September 27th, the friends decided to go and play in the local park. It was about half-past six, and the weather was warm.

At about that time, they noticed something in the sky. Depending on who you ask, the description of the UFO varied. The children saw something that was banana-shaped. As a crowd gathered, some described a pink brilliance that turned into a red ball or sphere. Its diameter was about 10 yards. Everyone watched in stunned silence as the ball landed.

A hatch lowered. The actual number of aliens reported also varied, swinging between one and three. Another member of the crew appeared to be a robot. The aliens were humanoid, stood around nine feet tall, and had small heads. This next feature didn’t exactly help the story’s credibility—but each alien had three eyes.

At least one alien had a disk on its chest. They wore silvery suits, described as “overalls” and bronze boots. Their fashion was added in later editions, days after the story was first printed and people wanted to know more.

The aliens communicated with each other. Exactly how that went down is a little unclear, but they made a triangle appear in the air. The thing was described as being very shiny. Then, they activated the robot simply by touching it.

This was too much for one of the boys, who screamed. Apparently lacking sympathy for the natives of the world they just landed on, one of the aliens stared at the boy. This act not only silenced the child but also allegedly paralyzed him. Worse, they pointed some kind of tube at an unnamed 16-year-old boy and made him disappear. It wasn’t clear what the teenager did to deserve this.

The creatures seemed very interested in the park. They took a quick stroll through the area with their robot (described as a short entity). Once they boarded the craft and took off again, the vanished teenager reappeared. Reports about aliens leaving their spaceships often include eyewitness statements of the creatures taking samples. In this case, the beings left something behind.

Investigators identified the landing site—a circle with a diameter of around 20 feet. There were also several dents resembling “elephant footprints.” The creatures also discarded two rocks. According to the news articles, these looked like red sandstone or hematite. However, when scientists analyzed the rocks, they claimed the results showed the substance was not from Earth. 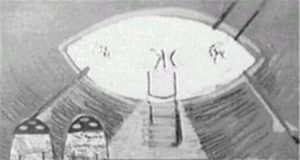