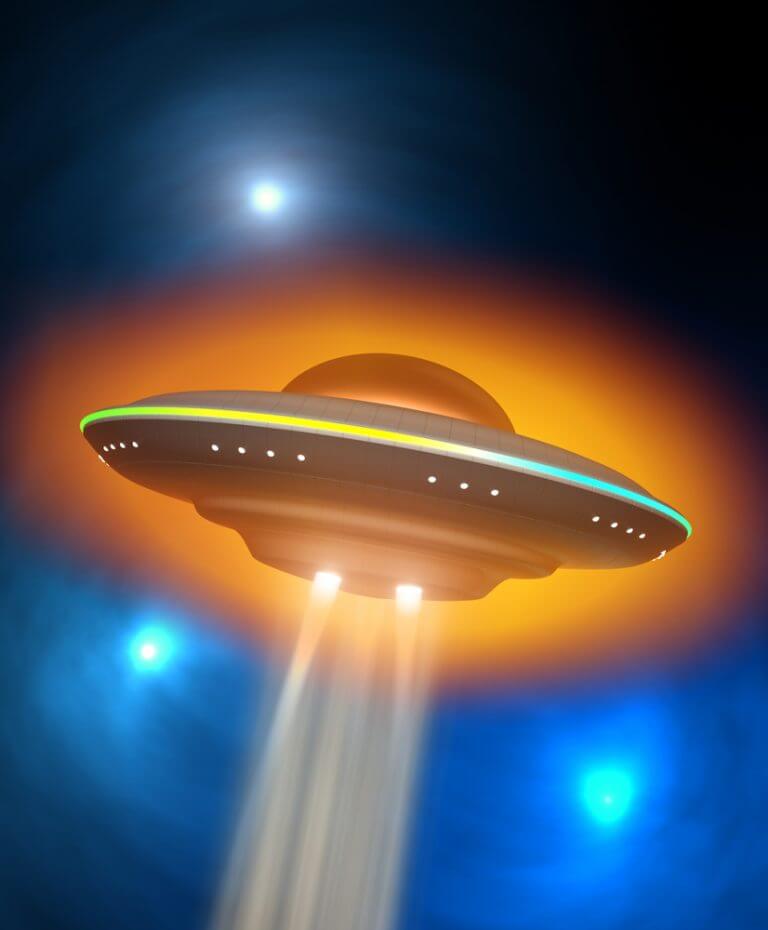 Just a few days ago, I had to deal with a certain, tedious UFO skeptic in the field of journalism who asked a question I often get asked when the matter of UFOs surface: “Why don’t credible people see UFOs?” Well, my answer to him was this: “They do see UFOs!” But, if a skeptic can’t even take the time to actually look into the subject before offering up such a stupid question, then it’s no wonder I treat such people with the contempt they deserve. As this was a phone interview, I pointed the ignorant journo in the direction of four cases that made my point. Three were well known, but one was far less so. And it’s this “far less so” case which I’m focusing on here, today. The reason: to show those of a skeptical nature that UFOs are seen by credible people.

It’s a story that takes us back to October 1953 and eastern England. It all began around 6:45 pm on the night of October 6 when John Smith (yes, that was his real name!) was traveling by motorbike along the A12 road from Wrentham to Kessingland, Suffolk. Kessingland being where Smith lived at the time. Smith became suddenly aware of an overwhelming “atmospheric vibration” which he described to me, in 1994, as a low-frequency hum. He slowed down and looked to the skies and saw, to his astonishment, four large rays of light moving inland from the direction of the coast. Smith took a keen and instant interest for one specific reason: he was a member of the Royal Observer Corps (ROC).

The ROC Association notes: “The Royal Observer Corps (ROC) being formed in 1925 gained a valuable role in being the ‘Eyes and Ears’ of the Royal Air Force. Later during the Cold War under the control of the United Kingdom Warning and Monitoring Organization (UKWMO) the ROC provided key monitoring, recording and appraisal of nuclear fallout if a nuclear attack had occurred in the United Kingdom.”

The odd lights, said Smith, were heading in the direction of nearby woods. As they grew closer, Smith could see they were emanating from a circular-shaped object, flying at a height of around 200 feet and with a diameter of around 50 feet. So close was the craft that Smith could make out a “dome” on top of the UFO. Smith looked on in awe, watching until the object vanished from sight.

Around twenty-five to thirty minutes later, what may have been the same UFO was seen over the English city of Norwich by one F.W. Potter. He, too, was a credible source: a member of the Norwich Astronomical Society. Potter watched the “very bright object” carefully through his telescope, telling the Eastern Evening News newspaper: “I focused upon it and found the light given from the object was not reflected sunlight, as I first believed, but an internal light being sent out from a fixed apparatus situated around a dome. The rays or beams of light could be seen distinctly from the dome and attached beneath it was a much larger and flattened dome with a protruding band running in a circumference around its edge.”

Potter continued: “This was clearly seen in the telescope by the rays of light thrown out from the apertures in the top dome. The underneath of the large flattened bottom dome was hollow and appeared to be glowing red, but there were no vapor trails or gases to be seen. It did not rotate but kept the same portion of the dome towards the telescope until it changed its angular course. Then it gave me a chance to visualize another of the apertures that previously had been hidden from view. It was then traveling to the north-east and disappearing from view.”

A colleague of Potter – also a member of the Norwich Astronomical Society – had the opportunity to see the object, too. As did half a dozen Norwich-based members of the British Astronomical Association. When the Eastern Evening News ran a story on the reports, it prompted others to come forward, including J.H. Gosling and the son of one W. Mace, who said they saw what they believed to have been the same object over Norwich at 8:15 pm and 9:45 pm, respectively.

While the matter was never resolved, it does demonstrate that credible people do see UFOs – in this case a member of the Royal Observer Corps and various members of two astronomical societies. It’s a pity, though, that certain journalists seemingly can’t be bothered to do a bit of research before they open their mouths and say something very stupid.