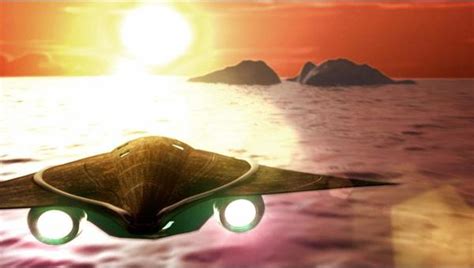 The UFO community has a serious problem – nobody takes us seriously. And for the most part, it’s our fault.

I’m a big fan of unexplained phenomena: aliens, UFOs, Bigfoot, you name it. I’ve been interested in these topics since I was a kid.

I remember watching the Alien Autopsy video on VHS and believing it was real. The film’s producer admitted the video was a hoax in 2006. Even today, however, many in the UFO community continue to claim otherwise. Why is it that way? Why do people ignore the obvious to hold onto their beliefs? I’m talking about smart people, professionals, and other adults who are capable of critical thinking.

Lately, there have been articles hitting the Internet with headlines like, “China admits aliens are real.” These stories get tons of attention in the UFO groups. They get hundreds of shares and thousands of views.

Unfortunately, they’re all fake. The stories may speak of events that occurred, but the headlines are categorically wrong.

I belong to a few popular UFO/Aliens groups on Facebook and I’ve noticed some disturbing trends among their members. Obviously fake stories seem to get the most positive attention if they promise something spectacular.

Administrators of the groups remove stories that show any amount of skepticism. I recently wrote an article about how the China story was incorrect and posted it to 2 of the most popular UFO groups on Facebook.

Some members stated it was refreshing to have a realistic point of view, but within 24 hours admins of both groups had removed the article. No explanation was provided.

These groups thrive on creating their own echo chambers in this way. The behavior fortifies members’ beliefs while sheltering them from anything that doesn’t follow the narrative.

Members strive for validation within the group by repeating the cycle while those who disagree begin to view the group with more scrutiny.

What the UFO community needs now more than ever, are individuals capable of critical thinking. Unfortunately, people like this can’t exist within the current echo chambers of the Internet.

While click-bait articles run rampant and websites infringe on intellectual rights, the community becomes more of a joke. Nobody takes them seriously anymore.

If UFO community credibility is to ever be repaired, people have to cut out the garbage. They need to actually read articles before sharing them with others. They have to confirm sources.

Most of all, they need to stop posting the same regurgitated stories over and over again. Don’t share something simply because the headline says what you want it to say. You could be doing more harm than good to the people who put their time towards searching for the truth.

If you want to be part of a community of critical thinkers regarding aliens & UFOs, check out Skeptical Believers in the Unexplained.