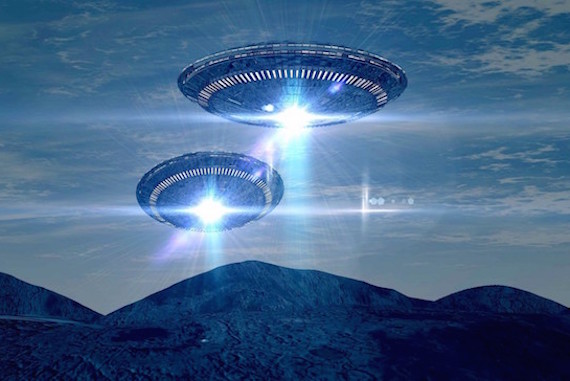 Located in the wilds of western Iceland is the magnificent glacier-capped stratovolcano called Snæfellsjökull. Lying on the westernmost portion of the Snæfellsnes peninsula, this 700,000-year-old glacier towers over the frigid landscape, perpetually covered in ice and surrounded by an almost alien-looking moonscape of lava fields, waterfalls, rocky tundra, and soaring cliffs, and it is perhaps this surreal and otherworldly quality that caused the glacier to be featured in Jules Verne’s classic novel Journey to the Center of the Earth (1864), in which is it the location of the passageway leading down to the realm of the title. This is also a land full of very real myths, mysteries, and bizarre accounts of UFOs, including one story that took the nation by storm.

The Snæfellsjökull has long had an air of mystery and folklore surrounding it. It was long known to be the lair of supernatural creatures known as the Huldufólk, or “hidden people,” said to be basically elves or nature spirits, as well as trolls and other creatures from beyond the world of humankind. These creatures have permeated Icelandic myths and legends for centuries, a surprising number of Icelanders believe they actually exist, and the glacier has become known as a favorite haunt of them, yet it has in more modern times also become ground zero for other strangeness. In modern times Snæfellsjökull has become rather well known as a hotspot of UFO sightings, with accounts a regular feature in Icelandic news publications, and one particularly bonkers tale along these lines happened in the 1990s.

Englishman Michael Dillon was a normal, mild-mannered family man who had never really been seen as particularly odd or interested in UFOs. He had been to Iceland a few times, but that was just about it, and he had little knowledge of the glacier Snæfellsjökull, nor ever expressed any particular interest in it. Yet one strange day he began to have intrusive visions of the glacier in his mind at all hours, driving him to near obsession. He would draw the glacier and make sculptures out of it without really understanding its significance until he saw pictures of Snæfellsjökull and realized that these bizarre visions of his were of a real place, and that they meant something important. And what was this important message that the images were telling him? Why, that aliens were coming, of course.

Over the coming days Dillon talked about Snæfellsjökull constantly, incessantly even, to the point that it began to worry his family, and what’s more he became absolutely convinced that he was being telepathically contacted by alien beings. According to him, the aliens wanted him to gather together a group of people and bring them out over the ice fields of the glacier, where on November 5th, 1993, an alien ship would descend from the heavens to make contact with humanity. He would even claim to have found an alien abductee who corroborated this date, saying that the aliens had told her about the rendezvous while she had been in their possession. Before long, others were coming forward out of the woodwork with their own tales of visions leading them towards the glacier, and Dillon gathered his crew together to go make history.

As soon as the Icelandic UFO community caught wind of this the story hit the mainstream news, and the whole thing turned into a freak show almost akin to the whole “Storm Area 51” fiasco. Stoking the fires of the UFO craze surrounding Dillon’s claims were various assertions from psychics who came out of the woodwork to say that they too had been contacted by the aliens, and corroborated the whole thing. For the believers the aliens were definitely on their way to Snæfellsjökull, although their purpose, intents, and reasons for choosing this place remained rather nebulous and vague. Nevertheless, a conference attended by 500 people was organized, and UFOlogists from around the country had high hopes that Snæfellsjökull was going to become the scene of a major, history changing event in human history.

The whole thing seems to have really taken on a life of its own and spiraled out of control, because on November 5th, 1993, the day of the predicted alien arrival, over 1,000 people made it out across that inhospitable wilderness, and according to the Icelandic web magazine Lemúrinn “among the guests, were members of the American army, the British police, the CIA, the FBI and other organizations,” as well as a news crew from CNN News. It was a pretty spectacular turnout considering that this wasn’t going down in downtown Reykjavík, but rather in a fairly remote lava field out in the middle of nowhere next to an ice covered stratovolcano. On this day there was live coverage, and if one were to turn on the TV in Iceland at the time on any given channel they were likely to see the events at the glacier unfolding on screen. Out on the rocky wilderness people were apparently rejoicing, singing, dancing, scared but giddy, basically partying, and while it is unclear how much any of these people really believed aliens were going to show up it seemed for the most part like a really great party and the place to be that evening, with partying and even fireworks displays going on. It all had gotten out of hand rather quickly, and was quite the circus for something that had begun when an image of the glacier popped into an Englishman’s head.

The wild gathering of revelers grew quiet at the twilight hour, at exactly at 21:07, when the ships were supposed to begin their inevitable descent, and all eyes were glued to the starry sky above. Those in attendance waited. Viewers at home waited. Then they waited some more. One can only assume some of the partiers had some more beers to take the edge off while they waited. They waited again. Nothing. After all of this build up and the media storm hyping it all up, the aliens were a no show at Snæfellsjökull that evening. In the aftermath, the true believers refused to accept that it had all been for not, dealing out excuses ranging from that the massive crowd in attendance and all of the noise had scared them off, to the idea that the aliens actually had arrived but had been invisible. Considering what a hotbed of UFO sightings the glacier has been known as, it almost seems odd that they were all out there on a night when one wasn’t seen, and one wonders what sort of chaos would have ensued if one had actually made an appearance.

Whether there were ever aliens who really planned to go there, or did so cloaked with invisibility, or not, the interesting thing here is how this got so hyped up and turned into such a big event based merely on rumors, hearsay, and some random guy’s insistence that this was all real. It is rather fascinating to see this evolve from some possible hallucination into a full blown news event based on nothing really, and seems indicative of perhaps something lodged in the human psyche. Sure many of these people might have really believed, but for others it was people who just wanted to believe, or simply those who wanted to be part of something, maybe quite a few who just wanted an excuse to party. The glacier continues to be a magnet for UFO sightings to this day, and has even been speculated to harbor an actual UFO base, and Snæfellsjökull certainly has its share of strangeness, but many people in Iceland who were around at the time are likely to remember the day when all eyes were on this place, and the giant party waiting for aliens to come who never did. Or did they?