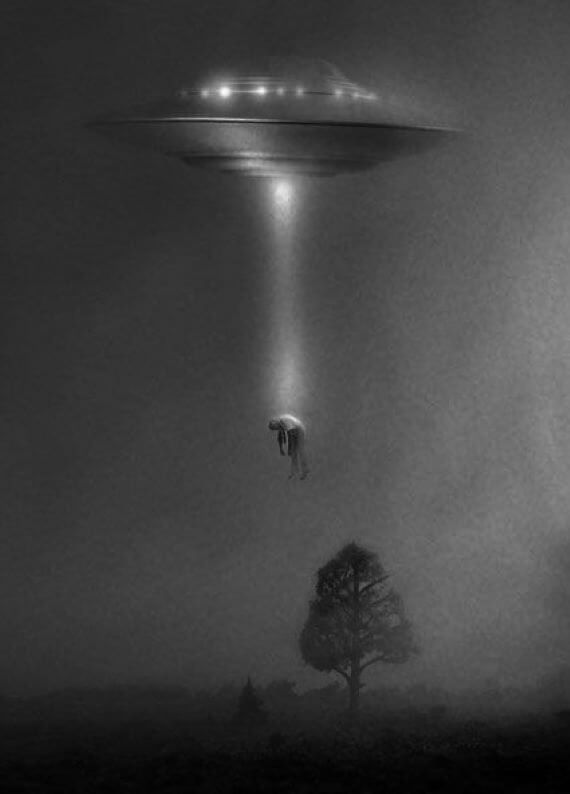 There have been many cases of what have come to be called “alien abductions,” in which strange entities from beyond our understanding seem to whisk away unsuspecting victims, who often come back with very odd tales to tell. Such cases have happened to people of all ages and all walks of life, and it is a pervasive phenomenon in the world of ufology. Some of these really seem to stand out, and here we will look at the bizarre case of a simple farmer who one day went out on a routine chore and had his life changed forever in an experience that would haunt him for the rest of his life.

It started in a rural ranching area of Venado, Tuerto, in the country of Argentina, where on the morning of September 6th, 1978, 12-year-old Juan Pérez went out to gather up some of their grazing horses that were wandering out in the fields. The boy dutifully rode his horse out into the nearby field where the horses were, passing some uncommonly thick fog along the way, and as he rode he would claim that he saw several silver, disc-shaped craft suddenly fly overhead. Not only this, by the strange objects then began illuminating the fog with beams of multicolored light and an eerie glow, which caused Juan’s horse to panic and buck, threatening to throw him off. This was all weird enough that the frightened boy returned home, but his father was angry with him for not fulfilling his duty and so sent him out again into that mist, and here is where things would get even weirder still.

Juan managed to get out to the field again without incident, but it was here that he would come across quite a strange sight, in the form of a large flying saucer sitting right there in the field as if it had every business in the world being there. The large disc was described as being domed, with round portholes lining its side, and although Juan was scared, he could not take his eyes off the otherworldly sight before him. As he stood there dumbfounded and gawking at the alien object, a door apparently slid open to extend a ladder and then disgorge a huge, 7-foot tall entity from within. This entity was wearing a metallic suit, oversized gloves, and a cylindrical helmet, with a tube extending from it to the craft behind it, possibly some sort of breathing apparatus, and it raised an arm to gesture for Juan to approach.

Amazingly, Juan did not run away, but rather got off his horse and approached the strange humanoid figure, with which he ascended into the bowels of the craft itself. The first thing the boy noticed was that everywhere he looked was covered with blinking and flashing instrument panels, and while this didn’t scare him at first that would change as he went deeper into the ship. He came across a room in which there seemed to be a dead animal lying sprawled out upon a table, either a cow or a horse, Juan couldn’t be sure which, half gutted, and hunched over this macabre carcass there was some sort of mechanized being, seemingly hard at work dissecting it. This was shocking enough that Juan ran back outside, where he was once again confronted with that tall humanoid figure. The being then offered one of his gloves as proof of the encounter, taking it off to reveal a clawed, reptilian hand, and as Juan took the glove it apparently pricked his arm to draw blood.

This seemingly aggressive action by the creature and the revelation that its hand was so freakishly inhuman caused Juan to freak out, hopping on his horse and riding back home as fast as he could. As he did so, the ship reportedly detached some sort of metallic orb, which chased the boy, hovered over him, and sucked the glove up into itself, after which it flew off. When Juan returned home, he did so without that physical evidence, but he nevertheless told his family all about what had happened. The mention of the dead animal was very odd, as the father had found a dead and mutilated cow on the property not even a week before, and making it even more mysterious was that the horse Juan had been riding would inexplicably fall ill and die just a few days later.

No one ever would really believe Juan’s story, and he would become the object of ridicule, ending up a recluse living out on his farm alone and with only some dogs to keep him company. However, it made the rounds in the news enough that it caught the attention of famed UFO researcher Jacques Vallee, who would investigate it all, interview the witness, and write of the case in his 1990 book Confrontations – A Scientist’s Search for Alien Contact. It would also become the main subject for a documentary by Argentinian filmmaker Alan Stivelman, entitled Witness of Another World (Testigo de Otro Mundo ), which has been widely touted as one of the best UFO documentaries out there. Stivelman would say of his film:

In the beginning, I proposed to make this film in order to decode the mystery behind the UFO phenomenon. This mission was overshadowed by the acute sadness that Juan brought with him and the desire to understand why he had to have lived through that supernatural experience that marked him for the rest of his life. It was there, as a filmmaker, that I had to make a crucial decision for the rest of the shooting. To continue with the investigation of the UFO phenomenon, to stay only in the phenomenological aspect, or to attend to Juan, to his suffering, and to look for a way to help him.

The case of Juan Pérez is especially interesting not only in its bizarre elements, but also who it happened to. This was a simple rancher out in Argentina, who was mostly illiterate and who just wanted to work hard in his own little world away from the big cities of civilization. He was far removed from the world of UFOs and all of that strangeness, had no reason to make up such an absurd tale, and indeed it caused him a great amount of trouble and ridicule, which made him pretty much a hermit for life. Why would he do this? It must be noted that despite the hardships it caused him, Juan has never deviated from his story and insists it is all true, and Vallee notably proclaimed that he found Juan to be a very sincere and reliable witness who at least truly believed what he was saying of his otherworldly experience. What happened to Juan Pérez on that strange evening? We may never know for sure, but it remains a remarkable case in the realm of alien abduction cases.