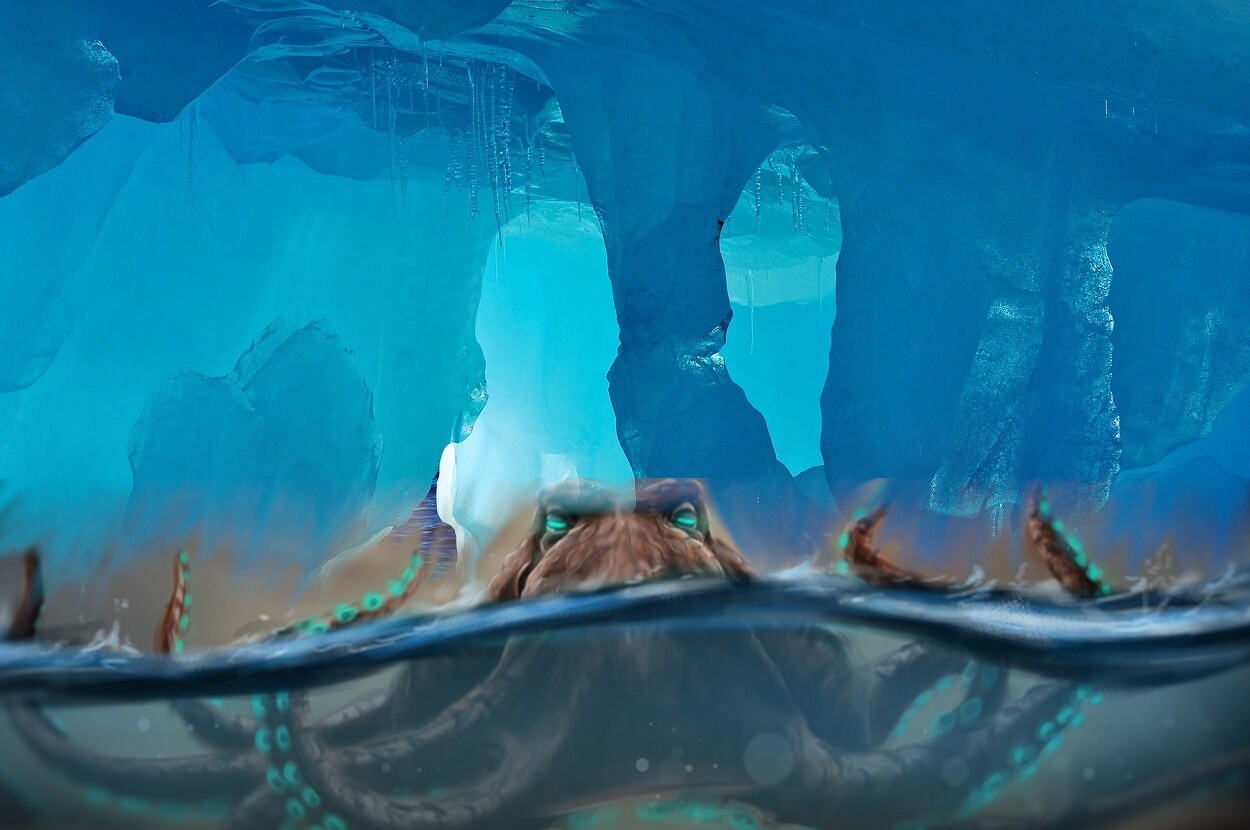 Antarctica is a place of mystery and conspiracy. And recent claims circulating around the Internet of a Russian mission in the region revealing “alien life” does nothing to quash these conspiracies. Particularly when part of those claims revolves around “weaponized DNA”, from a “shapeshifting aquatic entity” no less. Whatever the truth of the matter, there is no doubt that Antarctica attracts the attention of many across the planet and in different fields of interest. This mystery is cultivated, in part, by international powers that insist on secrecy and place the vast majority of the icy region “off-limits”. 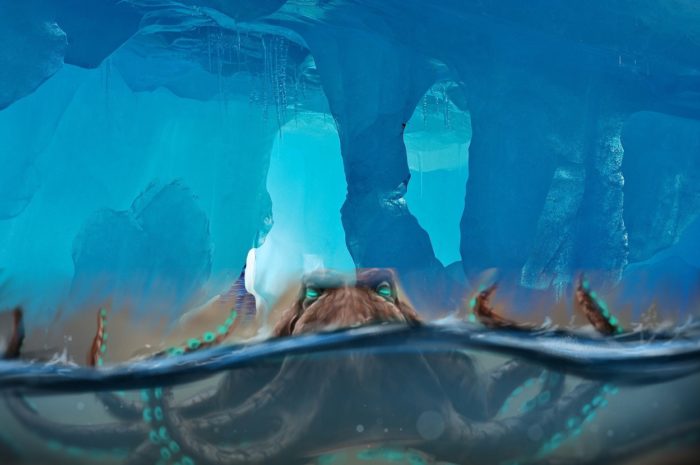 A depiction of Organism 46B

While the reasons for this are perhaps legitimate, even noble enough, and while the scientific work, for the most part, is equally legitimate and very much worthwhile, such secrecy simply plays into the hands of those who would prefer to muddy the waters of history. After all, it wouldn’t be the first time that shadowy governments of the world have stated one set of intentions and then discreetly carried out another. And ones far from beneficial for humanity in the long run.

Before we look a little further at some of the recent claims we will remind ourselves of just why, at least officially, Lake Vostok is of interest to scientists in the first place. Largely because it appears to emulate the potential conditions of somewhere much further afield.

Many scientists believe that conditions around Lake Vostok, and Antarctica in general, are likely very similar to those we may one day find on one of Jupiter’s main moons, Europa, and, to a lesser extent, those on Enceladus, one of the main moons of Saturn. This is due to the completely sealed-off, under the ice environment, that contains fresh water beneath the surface. Much like, if research is correct, the conditions on the aforementioned moons.

Furthermore, given the abundance of new life forms discovered in the region (over 3,500 species according to some reports), there is hope that similar life may be found on Europa or similar icy worlds throughout the solar system. And whether life already exists on these cosmic bodies or not, the possibility of human colonization rockets upwards with the presence of liquid water.

Russian geographer, Andrey Kapitsa is arguably the first person to suggest that such an environment may exist under the thick sheets of ice during visits to Vostok Station (which the “lake” is named after) in the early-1960s. He would measure seismic activity and soundings below the surface. Both Russian and British scientists would continue this work, and such a watery environment was confirmed in 1993. As scientists in other fields learned more about Jupiter and its moons, specifically Europa, the findings in the Antarctic region of Lake Vostok, came flooding to the forefront of their minds. Here was an almost identical place where not only could their theories be tested, but so could a certain amount of logistics in actually penetrating the ice in the first place. 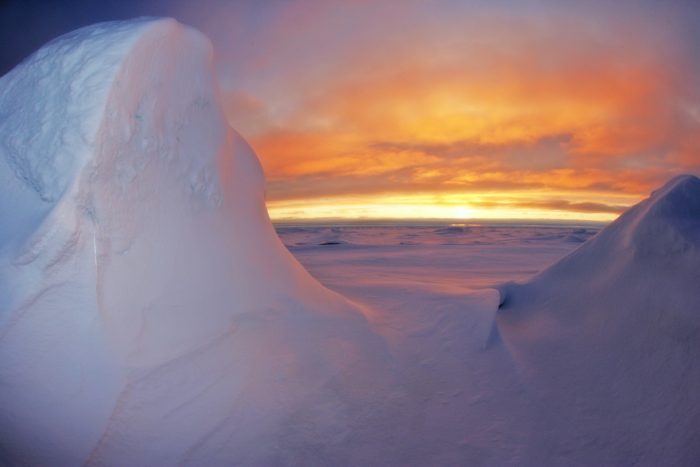 Just what is going on in Antarctica?

A Place Of Needless Secrecy And Self-Imposed Suspicion

Of course, given the “off-limits to all but a few” nature of Antarctica, many conspiracy theorists suggest that Russian scientists, and indeed other high-ranking international figures, are likely aware of much more than the public can even begin to imagine. The only human presence on Antarctica is a collection of international scientists. And while it is the fifth largest continent on the planet and largely inhospitable in the long-term sense, visitation to the region is at an absolute “need to be there” basis. As you might imagine, this type of lockdown creates suspicion. Suspicion which only increases among such events as the 2016 international gathering of world political and religious leaders in the area. We will come back to this later.

More recently, apparent whistleblower-type information has come out of Russia claiming their government, and that of others around the world, most prominently the United States, are keeping the activities in the area under absolute secrecy. Furthermore, according to these rumors, there is “another continent” deep below the ice. One that hosts an “ancient civilization” unknown to the modern world. As well as this, there are “hundreds and hundreds” of lakes flowing below the icy surface. Indeed, as we know from the published experiments at Lake Vostok, there most certainly is water below under the ice.

According to this information, a specialized elevator was installed within the icy surface which allowed equally specialist and selected scientists to travel down to explore this previously unseen environment. Incidentally, this operation alone took over a decade to complete. However, once they did venture down below the surface of the Antarctic ice, they would discover something altogether deadlier. And potentially, something to weaponize.

A Deadly Octopus That Can Mimic Other Species!

According to reports and leaks from a former member of the project, Dr. Anton Padalka, a discovery of a 14-armed octopus would prove a breakthrough. And, for one unfortunate scientist, a deadly affair. Upon learning of the authority’s plans to use this discovery for military purposes, Padalka would seek sanctuary in Switzerland. Once there, he began to divulge what he knew of the secret activities taking place at Lake Vostok. This octopus-like entity would prove to be elusive, deceptive, and deadly. It was referred to and eventually cataloged as “Organism 46B”.

This newly discovered creature is similar to the glass octopus, its nearest “relative” in the aquatic world. However, Organism 46B is much more evolved. According to Padalka it has the ability to paralyze with its venom. And what’s more, it can do so from 150-feet away. Perhaps, though, its most remarkable ability is that of camouflage. Or more to the point, in this case, its ability to change its form altogether to mimic other creatures. According to their research, the creature has morphed into fifteen other “aquatic species”. It is the sixteenth one, however, that is the most intriguing, and the grimmest.

During an observation mission, Padalka and an unnamed marine biologist came across another member of their crew in the area. By the time the “crew member” had resumed the form of the octopus (46B) that it actually was, the biologist had been “ripped to pieces” by this deadly creature. Using their most agile crew member, Dr. Marta Kalashnik, as bait, the unit would eventually capture the creature. According to Padalka, though, as soon as they brought it to the surface, Russian security personnel took charge of it. Confiscating it for security.

As bizarre as the above account undoubtedly is, it is an intriguing one. Not least due to the apparent reasons for the confiscation of the strange creature. According to Padalka, Russian authorities plan to “weaponize” the paralyzing venom, as well as the “shapeshifting” properties of Organism 46B. Furthermore, as well as taking charge of the entity itself, all official press releases would completely leave out the incident. The entrance to the facility, one that took over a decade to construct was suddenly sealed shut.

What should we make of such claims? As we have mentioned Antarctica is a subject of conspiracies of wide-reaching variety. We have examined before the claims of the secret Nazi Base 211, a facility that housed a plethora of highly advanced technology. And we have mentioned on several occasions the claims of an entrance to the “inner Earth” at the South Pole (as well as at the North equivalent). Interestingly, the first of these claims by Admiral Byrd would elude to strange disc-shaped crafts with Nazi-type markings on them. Even stranger, within this inner Earth was another species, perhaps indigenous, perhaps extraterrestrial, but certainly not human.

The incident at Lake Vostok isn’t the first time Russian scientists and military have encountered underwater extraterrestrial life. Although it is extremely speculative, might we imagine that the Russian (and for a time Soviet) authorities are aware of some kind sub-aquatic species and presence? While such incidents are certainly not unique or exclusive to Russia, several significant incidents, if we accept for a moment their absolute genuineness, have unfolded below the surface of the water. Might it be that this presence is something the Russians “have a beat” on a little more than other authorities? 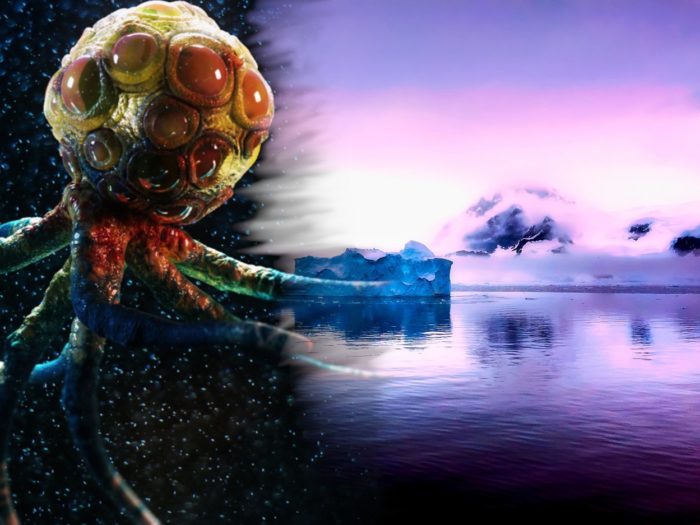 Artist’s impression of Organism 46B

“Someone, Or Something, Has Summoned The World’s Leaders!”

As we mentioned earlier, in late-2016, numerous political and religious leaders from across the globe would converge on Antarctica. However, the reasons for this, as well as the outcome of this unique meeting, were not divulged.

Some of the theories were bordering on outlandish. The fact that there is such a lock down around the icy continent, however, should perhaps concern us. One of those critical of the activity was researcher and author, Steve Quayle. In his book ‘Empire Beneath The Ice’ he would ask the blunt question “What really is going on down there?” He would follow this with, “I don’t think the Russian Patriarch Kirill is going down there to meet penguins”. While that sounds like a completely flippant comment, it is largely very true.

The fact that such powerful people on the planet were all asked to converge on this most inhospitable and off-limits terrain at the southern-most point of our world is perhaps telling of the importance and uniqueness of the situation. Again, quoting Quayle in his aforementioned book, “Someone, or something, has summoned the world’s leaders”. In our modern world of conference video calling, or several altogether more hospitable and welcoming meeting destinations only a short flight away, that “something” must have influence and power.

Quayle, like many others it should be said, believes an alien presence resides within the Antarctic region. And what’s more, this alien presence “gives orders” to the “religious and political leaders of our day”. Even more disturbing, and again a notion echoed by many, “The history of the world is not what it is. It is what the powers that be pretend it to be”.