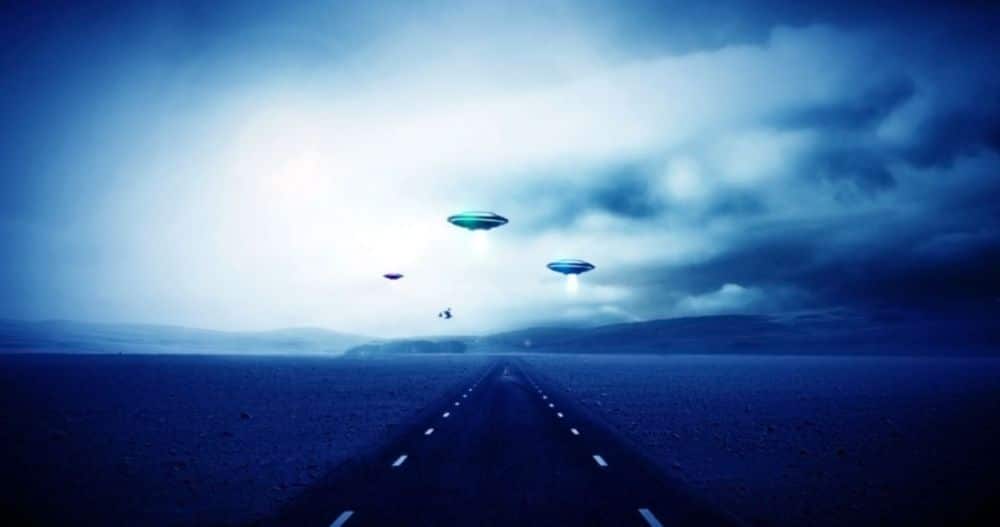 Many people make claims of alien abduction. Rightly or wrongly, most dismiss these claims without question. However, when those events happen to more than one person, the claims surely carry more credibility, to say the least.

There are more of these kinds of encounters than many people might think. These claims also counter, quite effectively, the argument from many skeptics, that alien abduction claims are merely hallucinations by the abductee, possibly the result of an undiagnosed illness. It would surely be impossible for more than one person to experience the same hallucination at the same time, right? 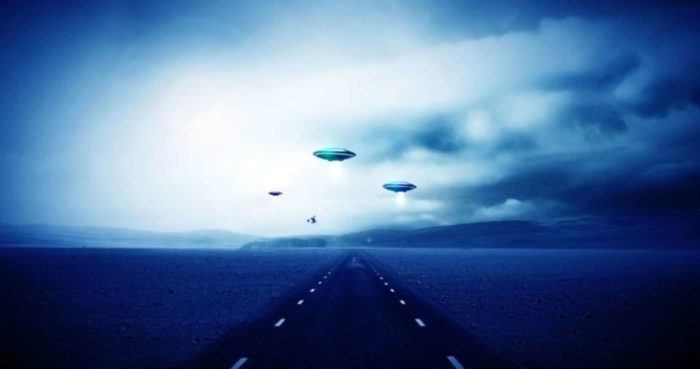 Artist’s impression of an alien abduction over a road.

Perhaps one of the strangest, and largely most credible, of these incidents is that of Carol and Helen Thomas. The mother and daughter would experience one of the most terrifying encounters one morning, while on their way to work. It is one of the many cases that the late UFO researcher, Tony Dodd, would investigate. He would document the incident in his book, “Alien Investigator”.

It is possible that Carol and Helen are not the real names of the people involved in this particular case. As Dodd states in his book, at the request of some of the people in the cases he has investigated, their names may not be their real ones.

Abduction In The Alley

The morning of 30th March 1988 would begin like any other morning in Birmingham, England for Helen Thomas. She would call at her mother’s house, and then they would make their way to the mill where they worked.

They would take the same route as normal, which included through alleyways in between the decades-old housing estates. While in one of these alleys, what should have been a quiet time of morning would suddenly erupt with a persistent humming. At the same time, a blinding light shined upon the pair from above, like “someone shining a bright torch!” Carol would later recall.

The light grew closer and closer until it was almost directly on top of the two women. Each began to feel dizzy and nauseous.

The next thing they knew, they were walking again through the alley, the light now gone. Helen’s leather jacket was soaking wet, although the pathway was bone dry. Confusion and disorientation permeated both women. They eventually arrived at work, both quiet and concerned about what had just happened. Only when the security guard at the gate relayed they were both “very late”, did they realize they could not account for several hours.

Over the following weeks, both women would experience random blistering on their face and arms. Each also suddenly began to suffer nosebleeds, and each noticed “strange discharge” from their naval.

The experience is something they would quietly live with for some time before telling of their account, and in turn, searching for answers to them. In fact, it would be six years before the pair would report the encounter to UFO researcher, Tony Dodd.

After listening to their account, and in light of the missing time, Dodd would suggest the two ladies use hypnotic regression to reveal just what did happen to them that morning.

Carol would recall that the light had seemingly swallowed them, and she found herself in a “white room!” She lay atop a table, and she could see Helen on a table next to her. The room appeared to have some kind of window that ran all the way around it. Her legs each lay under a “wet netted cloth!”

Strange creatures surrounded the table – not very tall and with large heads and equally large eyes. Long arms stretch from their frail looking body, with each sporting a three-fingered hand on the end. Their skin shone an “off-white” color and appeared “wet and wrinkled!”

Their touch had a cold feel to it when they pressed their hands on Carol’s body. They pressed in particular on her naval, before pushing a “glass tube” into her belly button. She could not feel any pain, although, for reasons she didn’t understand, she knew they had “taken eggs from me!”

Following this intense examination, one of the strange creatures showed her to a large screen on the wall. Strange symbols appeared on it, along with footage of war and conflict.

Perhaps the strangest of her memories was a taller being than the rest. This being was male, with long blond hair and blue eyes. He adorned a silver suit, and Carol could recall seeing a distinctive badge or emblem on it – a blue badge that contained a circle, a triangle, and two wavy lines.

Strange Connections To Other Cases

Helen, who would give her hypnosis testimony separately and independently, would be much the same as Carol’s.

As for the wetness of her jacket, Helen would recall that one of the creatures had taken a particular interest in the texture of it. So much so that it repeatedly clawed at it and rubbed the material upon its face.  As Carol had stated, everything around them was wet to touch – including the skin of the shorter creatures.

It is interesting that the pair would speak of footage of explosions and war. We have written previously about the experience of John Mann, who claimed their abductors were in search of a new planet as their world was ravaged by war. Both John Mann and his wife, Gloria, would also speak of “documentary-type footage” of wars and explosions. The beings that would show them this footage also adorned a “tight shiny, silver suit!” Might they have been the same beings on the same mission?

The Mann’s would also describe, under hypnosis, very similar procedures, carried out by shorter beings. They would also develop rashes and blisters over their skin following their strange encounter.

The encounters would also take place (relatively speaking) right on top of each other, with the Mann’s encounter happening around eighty miles south of Carol and Helen Thomas’.