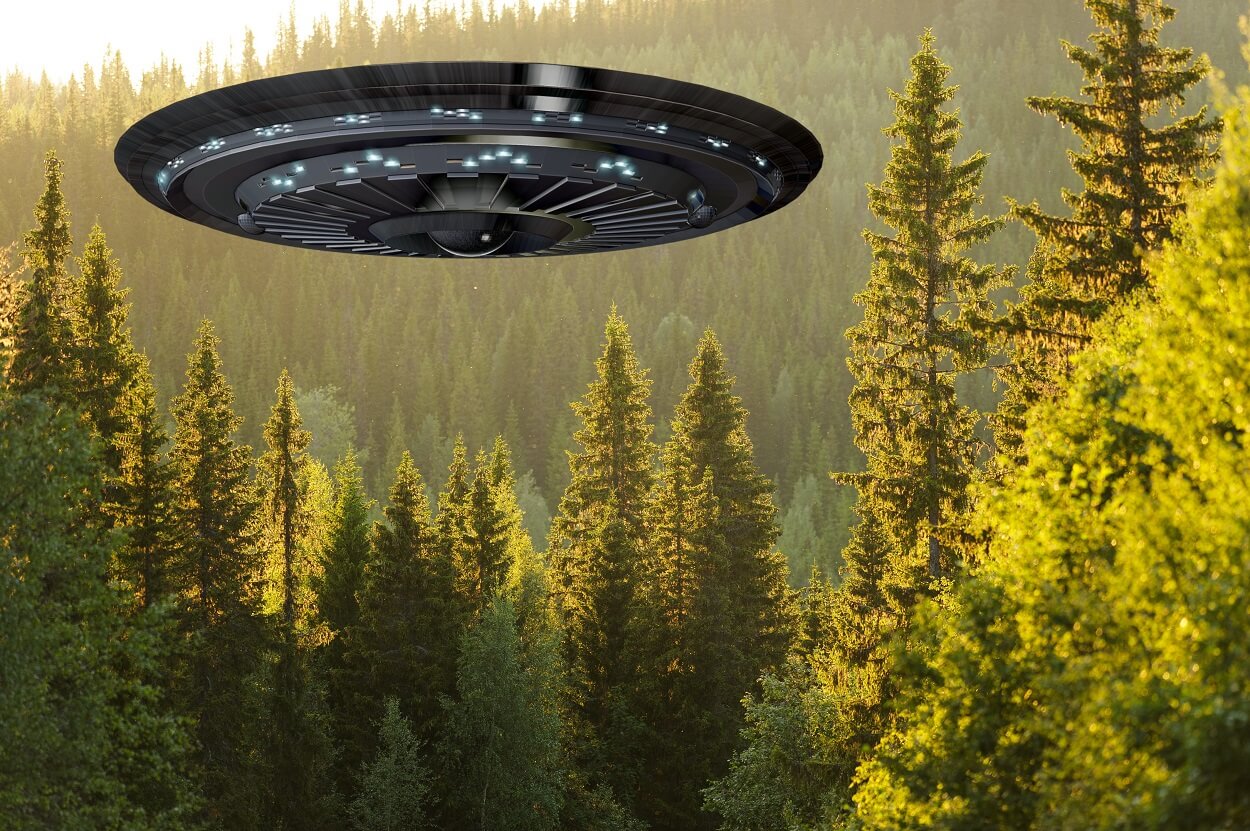 The encounter of Gerry Anderson is one of the most intriguing claims of alien abduction in the United Kingdom. Not least as he wouldn’t fully recall the incident that occurred in the early 1950s when he was a 12-year-old boy until decades later under hypnotic regression. 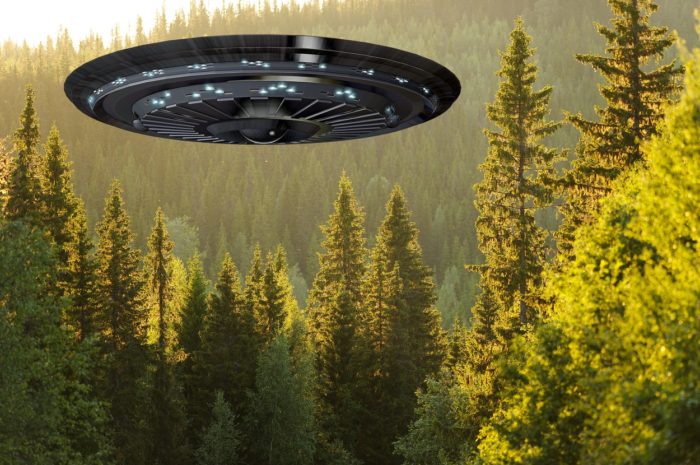 Just what happened to Gerry Anderson?

The account that was revealed almost a quarter of a century after it took place was fascinating and startling in equal measure. And what’s more, many of the details revealed match those of other apparent alien abduction accounts around the world. Some of which, incidentally, would happen years and even decades later.

How credible the account might be remains open for discussion. Perhaps not least due to the involvement of hypnotic regression, over which there remain significant questions as to its accuracy and authenticity, at least for some. It is, however, an account that if there was any truth in it, it should make us wonder what other reality is seemingly happening all around us without our knowledge.

The encounter first appeared in the book Without Consent by veteran researchers and authors Philip Mantle and Carl Nagaitis, from whose research we base the following account.

It was in the 1960s when Gerry Anderson witnessed a strange light in the sky while out with his wife in London. The brief but bizarre sighting, however, would unlock remnants of an incident in his mind that he had all but forgotten about. What’s more, he would continue to witness UFOs over the years that followed, something which would continue even when he moved to Canada.

When he was 12 years old, in 1953, during a summer camp when he should have been playing hide-and-seek with the rest of the participants and the teacher in charge, he had snuck off to a quiet area of woodland in order to lie down and smoke a cigarette. 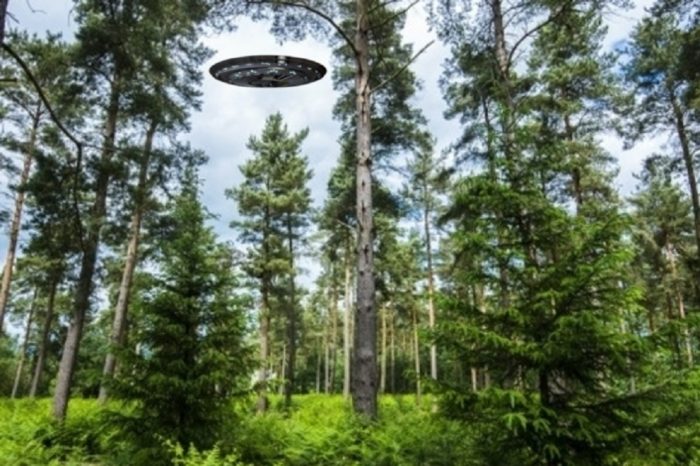 Was Gerry Anderson abducted by aliens?

As he lay there, however, he soon fell asleep. The next thing he knew, the teacher in charge of the group, Mr. Rice, was towering over him asking where he had been all this time. Gerry didn’t know it immediately, but he soon discovered that he had been missing for seven hours. The time was now 8 pm.

Mr. Rice would claim he and the rest of the party had been searching for him for several hours. Even stranger, they had previously searched the place where they had found him. Gerry, however, had no memory of having moved anywhere. He had simply fallen asleep.

He was taken to be overlooked by a doctor. Due to the redness on the back of his neck and his general feeling of exhaustion, it was suspected he had a mild case of sunstroke. It was only years later, sparked by the UFO sightings, first in London and then in Ontario, Canada.

By 1978, still unable to fully recall the events of that summer’s day in 1953, he would seek the help of a hypnotherapist who would agree to hypnotically regress Gerry back to when he was 12 years old. The revelations were fascinating.

Upon lighting the cigarette, Gerry did not simply fall asleep. Instead, he noticed a strange light moving in the sky overhead. He continued to watch it, noticing that it appeared to land in the woodland nearby. Several moments later, he would notice “two strange figures” making their way through the trees toward him.

It was around this time that he began to sense fear running through him. Even more so when he realized that he could not move from the ground. The fear turned to fright the more he struggled to free himself from paralysis. 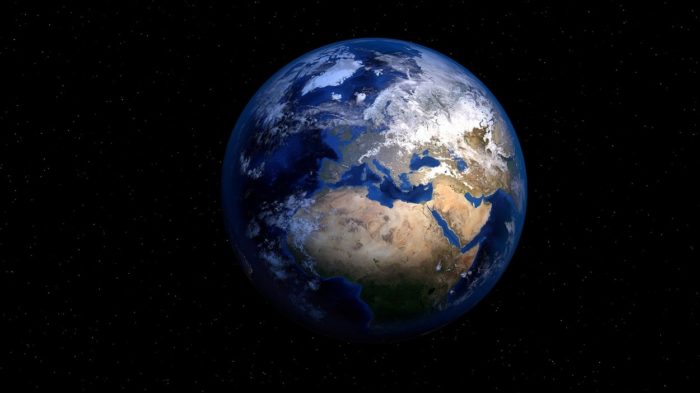 Anderson would recall his encounter through hypnotic regression

As the figures got closer to him, he sensed a voice in his head telling him there was no need to be afraid. The next thing he knew, the two strange creatures were on each side of him. Then, after they reached down toward him, he began to float through the air. As he did so, he could see the bright lights of the object that had landed only minutes earlier. By the time he was close to it, he seemingly had regained the use of his limbs. He was told to climb the ladder that waited, hanging out of the strange craft. Before he did so, however, he snuck a look at his captors.

His description was exactly as we would now recognize a grey alien. They were shorter than he, with pale-grey skins and large eyes.

He turned his attention to the waiting ladder.

It was as he began claiming that he suddenly felt a pressure on the back of his neck. He wasn’t sure what it was, but he sensed it was an intentional pressure somehow applied by the creatures that had brought him here.

He would find himself in a round-shaped room. Although it was brightly lit, he noticed that he could not make out where the light was coming from. It was both everywhere and nowhere at the same time. This is an interesting detail as it comes up often in such cases as alien abduction.

After several moments he was led to another room by the strange creatures. In this one was another strange figure. However, this one was dressed in red attire and would call Gerry “My son”. Gerry would later recall how he believed this figure was perhaps in charge of the others, and certainly appeared older. 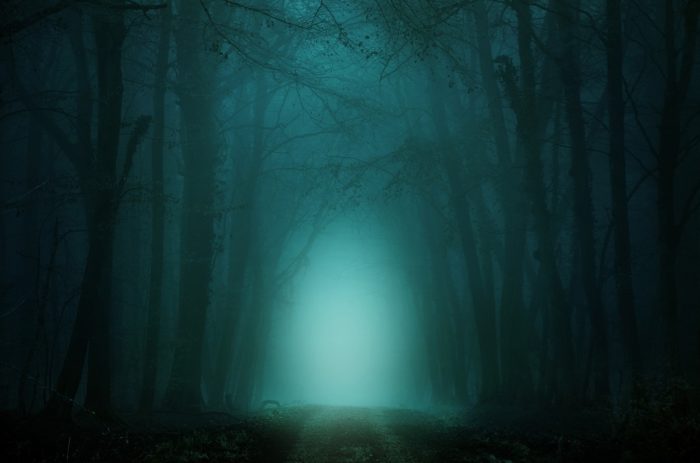 It was then that the figure dressed in red drew his attention to a screen, upon which was a small globe. When he was told that what he was looking at was Earth, the feeling of fear and uneasiness returned to him. As if sensing this distress, the figure in red would reach out and place a hand on his head. As it did so, an immediate feeling of calm came over him.

Then, while he was contemplating this sudden and serene feeling of calm, he noticed that the craft had seemingly come to a stop. The figure in red motioned to Gerry that he should follow. He did so, finding himself on a long ramp heading downward. He would continue down it. Upon reaching the bottom, a huge door opened revealing a domed shaped room beyond.

As he looked deeper, he could see that it was “full of children”.

Then, as he was staring fascinated into the domed room, the figure in red would hand him a strange globe. As it did so, the words “understand, be taught” entered his mind.

Then, he would find that he was alone and so would begin to look around the room. As he was doing so, he noticed a woman had appeared in the room. She approached him and took hold of the cross that was on a chain around his neck. He noticed that the figure in red had appeared once more. When he too studied the cross, the voice once more appeared inside his mind. It would claim that “it was not right to worship”.

He was then asked to watch a screen nearby, which he duly did. In what seemed like only moments, he was falling to sleep.

When he awoke, he would seemingly find himself back in the woods where he had gone to smoke the cigarette. He was, though, being carried by the creatures who had first approached him. They would calmly place him back at the spot where they had first found him.

He would simply fall asleep once more. The next thing he realized Mr. Rice was standing overhead asking him where he had been.

Just One More Strange Case Among Many

The account of Gerry Anderson is certainly one of the most intriguing on record. Not least due to the many details contained in it that appear in multiple other accounts across the years.

There are also several intriguing insinuations made. Perhaps most interesting that “it is not right to worship”. While there are several close encounters on record that do speak of a “supreme being” or “deity”, many UFO encounters and the details that come with them are often a contrast to organized religion and worship.

Indeed, many would argue that a civilization that has managed to conquer space would have perhaps moved beyond such worship of idols. We might suspect, for example, that their existence would very much be grounded in science, even if it were a science that we didn’t fully understand.

There is also the underlying insinuation of a hybridization program involving many children around the world. We might recall, for example, how the figure in red referred to Gerry as “My son” and the room full of children the young boy peered into. And while such notions sound bizarre and outlandish to many, there are many such claims on record.

Check out the video below. It looks at use of hypnotic regression in alien abduction cases.