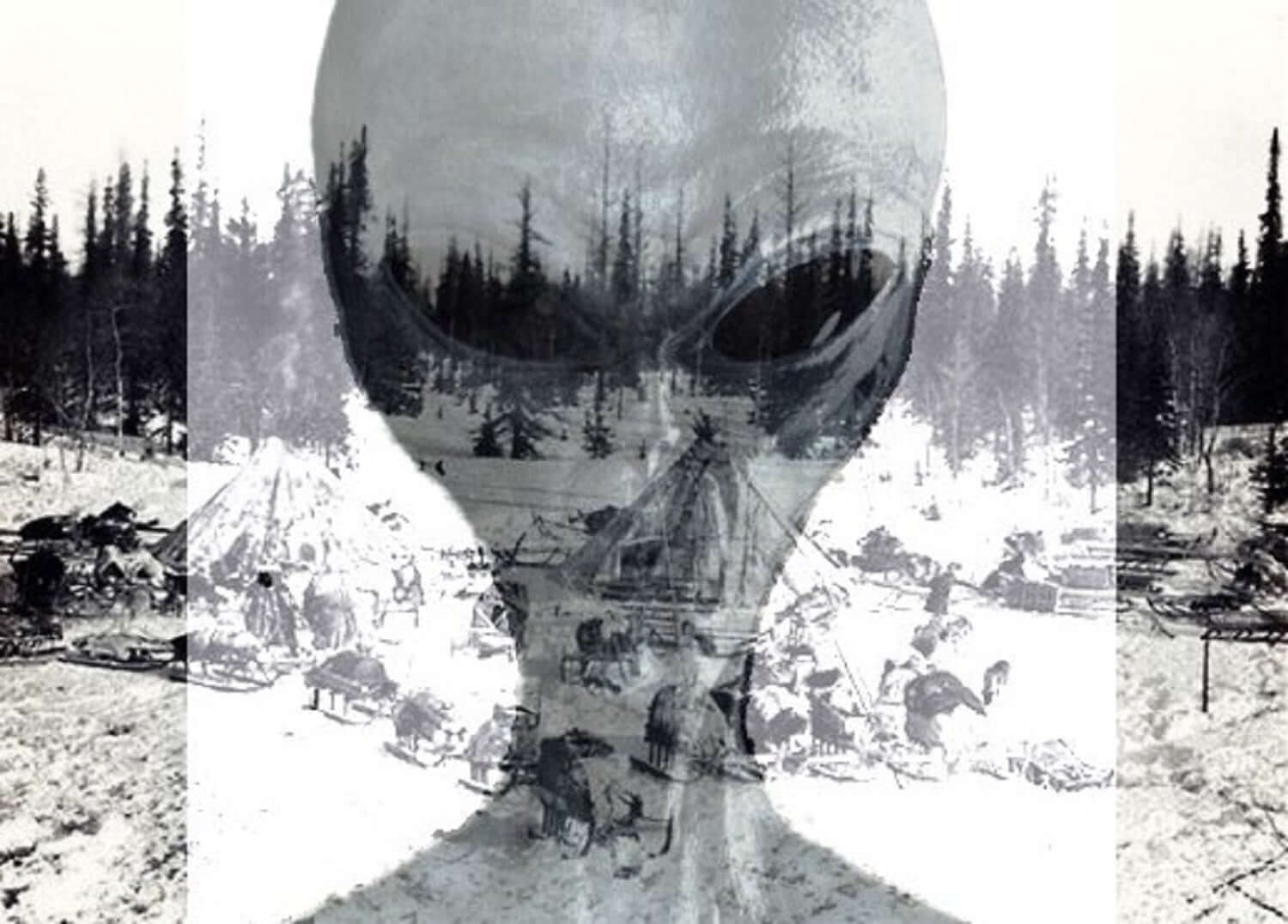 Paranormal Junkie
They just disappeared! The mass disappearance of the Anjikuni! Never miss a paranormal mystery!

People disappear never to be found every day. As grim as that sounds, it is a fact and has been that way since the dawn of time. It is perhaps easier to understand how an individual may become lost. Or even how someone could “vanish” at the hands of another. When entire villages or huge groups of people disappear without a clue as to why or where they might have gone, however, it is obvious that something spectacular has occurred. 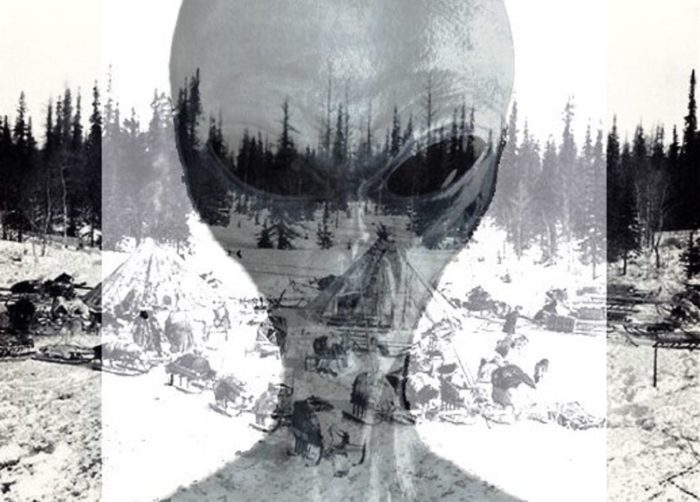 What’s more, these dark disappearances of multiple people have happened for hundreds, if not thousands of years. While they could be the result of some naturally occurring phenomena we are simply not aware of let alone know anything about, many researchers have noted reports of “strange lights” at the same time and locations of such bizarre vanishings. It is not too much of a stretch then to imagine such events are mass alien abductions.

If we accept that theory to be true, then the question becomes, what is the purpose of the abductions of entire swathes of people in one go? To some, it is a clear sign that humanity is nothing more than an experiment of extra-terrestrial intelligence. Before we look at that thought a little closer, we will look at one of the most baffling mass disappearances in more detail.

The Nunavut Territory in the most northern of Canada’s territories is also one of the largest. Perhaps not surprisingly it is also one of the least populated parts of the planet. Its harsh, frozen conditions make it a brutal host to human life. Some Inuit communities, however, have called the region home for thousands of years. Much like a small community in 1930 did – until they vanished without a trace.

A fur trapper, Joe Labelle, would make the discovery and bring it to the outside world’s attention. Looking for a place he could rest away from the bitter elements, Labelle sought out the small Inuit village he knew of from previous expeditions. Upon making his way through the settlement, he could see fires were still burning. Over them were the pots of food they were heating through, now morphed into a charred mess. All indications were that the small village was going about their business as usual when they seemingly up and left.

His experience was already telling him something out of the ordinary had taken place. A quick roam around the deserted community would seemingly confirm this. Every last corner of the settlement was devoid of life.

There were, however, no indications of any kind of a prepared journey. All the resident’s possessions, for example, were still in their respective homes. There was no trail to indicate which direction they had gone. Given that the flames of the fires were still present upon his arrival, it would suggest they could only have left a day or two previously at most.

Despite the increasing unease spreading through him (and he spent much of his time in dark regions of the menacing woodlands so didn’t scare easily), Labelle would go from hut to hut in the hope of finding someone who could explain what had happened. He would find no-one. The entire village was utterly abandoned and empty.

He would make quick checks of the village’s food supplies. Again, all were full with no signs of a predetermined plan to leave. One particular bone-numbing find was that of a child’s sealskin coat with a needle and thread piercing the fabric as though whoever was repairing it simply vanished in the middle of a stitch. Although many Inuit settlements would still roam from location to location from time-to-time, doing so without taking their food and clothing supplies, not to mention all manner of tools and hunting guns, was unheard of. As far as Labelle was concerned, it simply wouldn’t have happened.

Deciding that the same fate may await him should he stay, Labelle would make his way to the nearest telegraph office to report the find. By the time he arrived he was suffering from frostbite, on the point of exhaustion, and in desperate need of food.

A message reached the nearest office of the Canadian Mounted Police (RCMP), who several hours later arrived at the telegraph office to speak with Labelle, before venturing on to the apparent ghost-village. 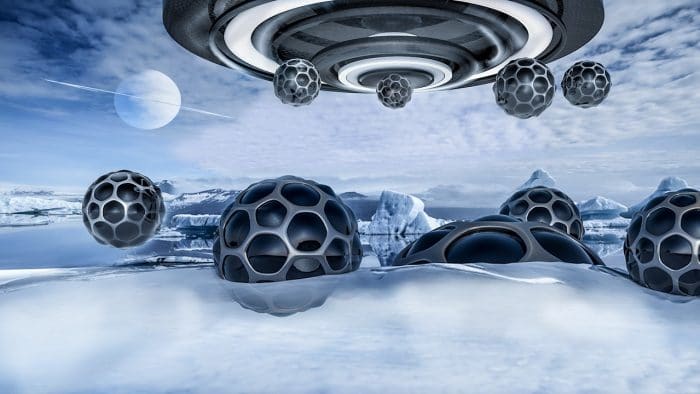 Why do entire communities vanish at once?

Sighting Of Bright Craft Over The Anjikuni Lake

On their way to Anjikuni Lake, the unit would stop for a short rest at the property of a trapper named, Armand Laurent. During their brief stay, he would inform them of strange sightings he and his sons had witnessed only days previously.

According to Laurent, a shining object had raced through the sky over their property. Furthermore, it even changed shape as it did so from a “cylinder to a bullet-shape!” Further still, it was heading in the direction the RCMP unit was heading now, to Anjikuni Lake.

When they arrived at their destination, they would confirm Labelle’s findings. Even more chilling was their additional discovery of the graves of the village’s dead. They had been opened with the bodies removed and seemingly taken with them. This in itself was baffling as the ground around the graves was solidly frozen. How had they managed to penetrate frozen earth so quickly? And why, given they didn’t have time to pack their clothing and food, did they venture to the outskirts of their village to perform this morbid task?

Stranger still was the stone grave markers. These were neatly stacked in two piles close by. It certainly didn’t appear to be the work of grave-robbers, and entirely rules out animal involvement. And if we accept it is a far stretch to imagine the community themselves would have done this, especially given the manner in which they themselves disappeared, combined with the sightings of Laurent and his two sons, the incident would indeed appear to be one of extra-terrestrial involvement. An alien abduction on a massive scale.

The video below looks at this particular incident in more detail.

1 thought on “The Disappeared “The Mass Disappearance Of The Anjikuni””