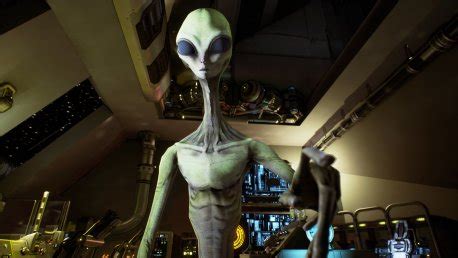 When someone says “UFO” do you automatically think “Alien Spaceship”? Or do you think “unidentified flying object”? There’s a major difference and it’s hugely important.

There’s a good chance you’re reading this because you saw the title and said, “what the what?” So let me explain the difference between UFO and “UFO”. Then I’ll explain why it’s important…

The true definition of UFO is understood by just about everyone: Unidentified Flying Object

An object appears in the sky, and it could be anything. However, until you know for sure what the object is, it’s a UFO. It’s unidentified or unidentifiable, and it’s flying.

Here’s an example: You’re driving down the road and see an airplane. The sun is bright so you can’t actually tell yet that it’s an airplane. During the time you’ve seen it right up until the time, you can confirm that it’s actually an airplane, it’s a UFO.

But Wait, There’s Another Definition

After decades of UFO pop culture, most of us either consciously or unconsciously associate UFO with a different definition: Alien Spaceship

The results from having two separate definitions of ‘UFO’ has been grounds for accidental and deliberate misrepresentation for a very long time. When Buzz Aldrin spoke about seeing UFOs on the moon, he was talking about unidentified flying objects. The UFO community, however, ran with the idea that Buzz Aldrin had admitted to seeing alien spaceships.

Consequently, Buzz Aldrin isn’t the only victim of such misrepresentation. The UFO community has made a habit of taking government states that use the term UFO and making the assumption that it means alien spaceship. The US military has begun changing the term for just this reason. They now call them “unexplained aerial phenomena” or UAPs.

Stop Taking the Term Out of Context

The UFO community and researchers who lead these misrepresentations must begin filtering them out. They’re destroying their own credibility by twisting the words of government officials. More importantly, by filtering out non-admissions, they’ll free up limited resources to study the real mysteries.

There are real government officials out there admitting that something is going on. Let’s focus on them instead of trying to find news that doesn’t exist.