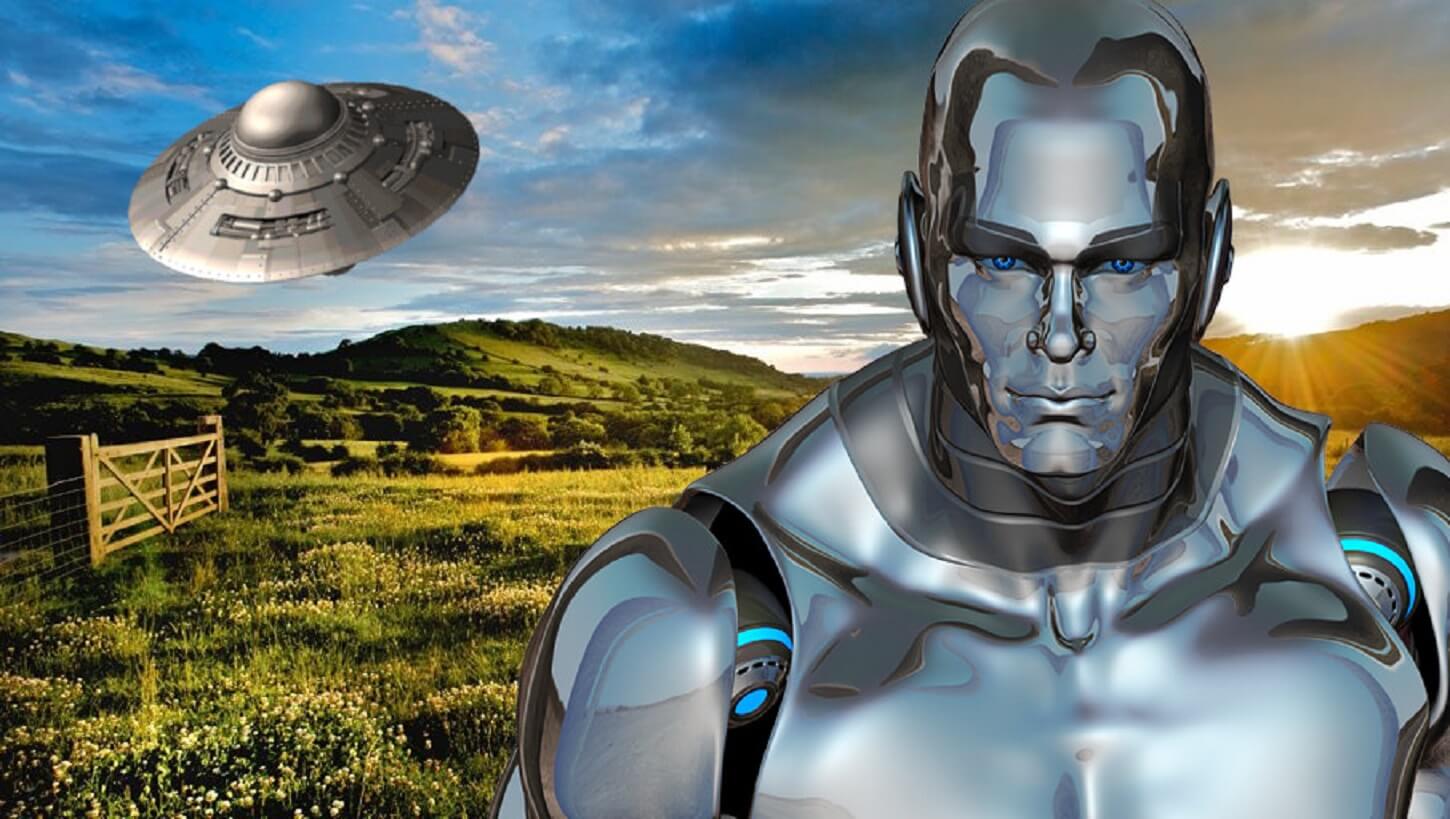 In the summer of 1976 in the Reddish Vale area of Cheshire, England, three young children would encounter a mysterious humanoid figure in a strange silver suit. What’s more, this figure would simply vanish into thin air, not once but twice, right in front of the astonished children. The incident would eventually find itself into the MUFON records although it remains unexplained. 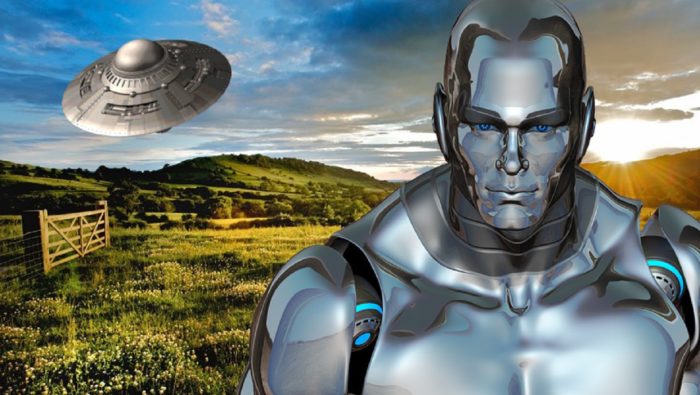 A depiction of the Silver Man

As bizarre as the details of “silver space suits” sound, there are relatively consistent reports of encounters with such attired figures. Encounters that are spread across the decades and around the planet. Perhaps, then, we should consider the apparently equally bizarre (to some) claims of the one-time Canadian Minister of Defense Paul Hellyer, who very publicly would state that anywhere from “two to twelve races of aliens” are regularly visiting the Earth. Or maybe we should consider NASA’s recent and discreet announcement that “aliens may have visited Earth” with a little more contemplation than we otherwise might?

Before we move on, however, check out the video below. It gives a basic overview of this silver-suited alien race that some call “The Nordics”.

“One Minute He Was There! The Next He Was Gone!”

One afternoon in August 1976, three children, brother and sister, Susan and John, and another anonymous boy, were playing near to their homes on wasteland. Although the destination was near the railway lines, a neighbor had built a small hut for the children, which is where they always stayed.

As the two boys played, Susan returned to the hut, so she could make orange drinks for everyone. Shortly after she left, the two boys noticed a sudden “flash of silver” from behind the bushes around the edge of the wasteland. At the same time, they could each hear a “crackling noise” coming from the same area. As each of them turned to look in the direction of the noise, a strange man emerged into the clearing.

He wore a “silver one-piece suit” and had a short grey beard, but long “yellowish hair”. Even stranger, though, was that the figure wasn’t stood on the ground, it was floating slightly above it. Each of the boys remained frozen to the spot watching the strange silver figure. Then, it simply vanished. John would later recall “It was like a light bulb being switched off. One minute he was there, the next he was gone”.

Susan, who was still preparing drinks in the small hut, was unaware the two boys had seen anything strange. However, as she finished the drinks and was about to carry them outside, a “rustling” sound came from outside the shed. She turned her attention to the small window. On the other side of it was a strange man in bright silver clothing, looking in at her.

There was only a matter of several feet between herself and this mysterious person. Susan could see the boys behind him, but they were looking towards one of the bushes. After several moments of staring at her, the man suddenly took a small hand-shovel from his belt and dropped down to the ground. He began to scoop up soil, placing these samples into different clear bags. Although he seemed no longer interested in the girl at all, a sudden wave of fear swept over her. Instinctively, she called out to her brother. As soon as she did so, the man vanished just like he had in front of the boys moments earlier.

After composing themselves, and now feeling a sense of safety in numbers, the three children would venture outside once more to look for the mysterious stranger. A school stood nearby. As the children approached the high fence that ran around the perimeter of its land, they could clearly see the strange figure once again. Like before, he was collecting samples of soil from the ground. Although the children continued to quietly approach him, this silver-suited man was apparently unaware of them.

When they were only several yards away, though, he would “go down into the ground” and then vanished. The trio would stop momentarily before continuing on in an effort to reach the location where the man had vanished for a third time. 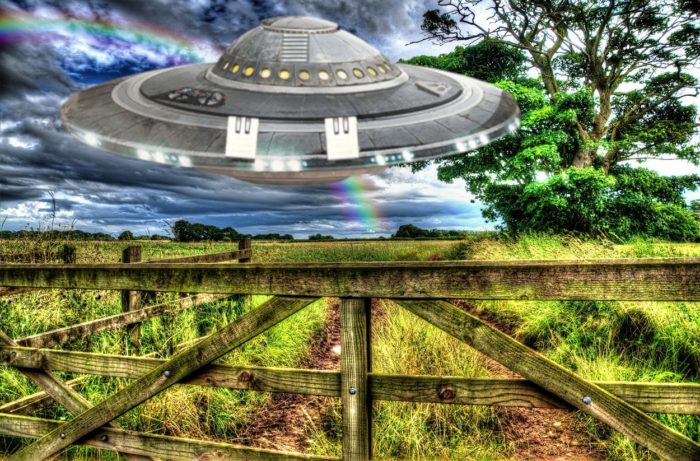 Just what was witnessed that day in Cheshire?

A Disc-Like Craft From Out Of The Ground!

Before they could reach their destination, however, they noticed a strange object rising, out of the ground, in the same spot where the mystery man had been only moments earlier. The “top” of the craft was a disc-shape with a distinct curve to it. The bottom, on the other hand, was almost perfectly flat. The craft was a dark, silver color, apparently metallic. There were, though, four dark “holes” in a row on the upper section. These were most likely windows or portholes. The children watched the strange craft rise high into the air before it disappeared out of their sight.

Both John and Susan would estimate the man to be of normal height (they would say the same height as their father – 5 feet 9 inches). They would describe the silver clothing as like a tracksuit with several “buttons” down the front of the top. On his hands were silver gloves and on his feet were boots with “thick black soles”. Aside from the bright attire, they would recall his skin was very pale. Furthermore, his eyes were a shape that was “like a cat’s”.

Did the three children witness a strange humanoid entity from another world? One who, judging from its actions, was on a non-aggressive fact-finding mission? As bizarre as it perhaps sounds, entities with “silver space suits” are remarkably persistent across the decades. Even apparent trivial details such as the shape of the eyes, pale skin, and in particular “long yellowish hair” all surface regularly in similar close contact encounters.

6 thoughts on “The Cheshire “Silver-Suited” Man! An Encounter With The Nordics?”