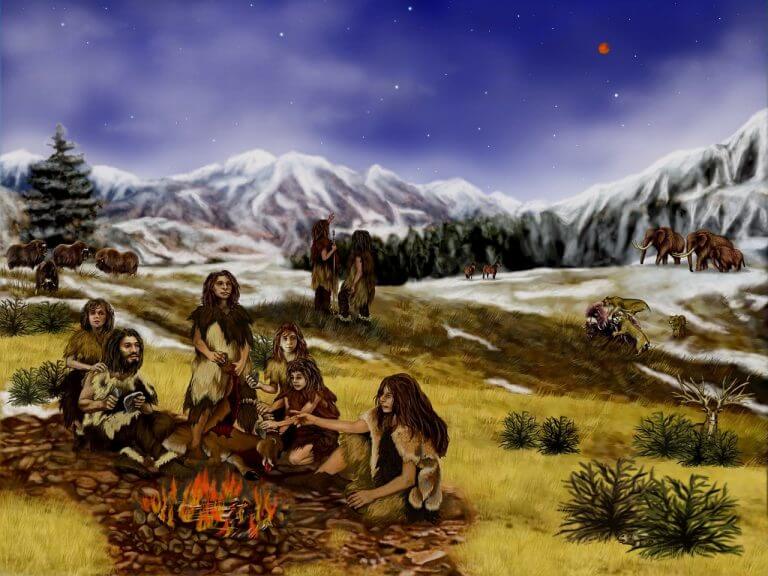 According to a new study, some people alive today carry genes from an ancient ancestor that has yet to be identified. In fact, this unknown species may have been around as far back as a million years ago.

According to the study, sometime between 200,000 and 300,000 years ago, ancient humans mated with Neanderthals – quite a long time before Homo sapiens migrated from Africa to Europe approximately 50,000 years ago. Adam Siepel, who is a computational biologist at Cold Spring Harbor Laboratory and one of the authors of the paper, explained to Live Science, “Our best conjecture is that an early group of anatomically modern humans left Africa then encountered and interbred with Neanderthals, perhaps in the Middle East,” adding, “This lineage [of humans] would then have been lost — either gone extinct, or absorbed by the Neanderthals, or migrated back to Africa.”

Understanding the complex history of our ancient ancestors is no easy task. It’s been known for a long time that humans and Neanderthals mated while they were both living in Europe and prior to Neanderthals going extinct about 40,000 years ago.

And despite being extinct for tens of thousands of years, some humans today still carry Neanderthal genes. In fact, according to a 2010 study, researchers found that between 1% and 4% of the genes found in people currently living in Asia, Europe, and Oceania belonged to their Neanderthal ancestors. In a more recent 2014 study, at least 20% of DNA found in today’s humans could be from Neanderthals.

And we can’t forget about Denisovans who, up until around 15,000 years ago, shared caves and mated with early humans. In fact, about 1% of the Denisovan genomes came from an unknown ancestor which points to interbreeding. Additionally, around 15% of the interbreeding sequences that the researchers located in Denisovan DNA have also been found in today’s humans.

As for this mysterious DNA that some humans carry today, it would have originated when Neanderthals mated with the unknown species, and then carried it along to when they mated with early humans and through the evolutionary line right down to today’s population. Siepel added that this mysterious ancestor could have belonged to Homo erectus, but since they have no DNA from that species to compare it to, it’s just a theory for now.

Based on this new information, interbreeding surely wasn’t a rare event. Siepel finished off by stating, “A picture is emerging of a series of distinct but related populations moving around the globe and frequently interacting with one another, with occasional interbreeding events that produced hybrid offspring.” “These hybrid offspring might in some cases have suffered from reduced fitness — this is an area of controversy — but apparently many of them were healthy enough to survive and reproduce, leaving a patchwork of archaic and modern human DNA in Neanderthals, Denisovans and modern humans.”