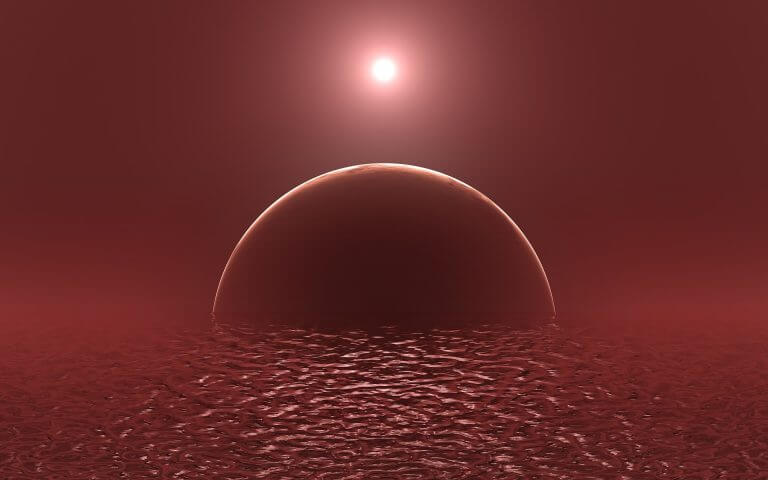 If there are in fact extraterrestrials in other parts of the universe, they may be able to spy on us depending on where they are living.

While this sounds like a creepy sci-fi movie, we’re actually doing the same thing by searching the universe for other intelligent life, so it’s very possible that other lifeforms may be doing the same. According to a new study, more than 1,000 nearby stars are in a great position to spy on our planet.

In a statement, Lisa Kaltenegger, who is an associate professor of astronomy at Cornell and director of the university’s Carl Sagan Institute as well as the lead author of the study, explained this further, “If observers were out there searching [from planets orbiting these stars], they would be able to see signs of a biosphere in the atmosphere of our Pale Blue Dot,” adding, “And we can even see some of the brightest of these stars in our night sky without binoculars or telescopes.”

Kaltenegger and Joshua Pepper, who is an associate professor of physics at Lehigh University and the co-author of the study, decided to think of Earth as a place for other intelligent life to study and they came up with some very interesting results.

By analyzing data gathered by TESS as well as Europe’s star-mapping Gaia spacecraft, they focused on stars that were located within a distance of approximately 300 light-years away from us and are positioned so that they can view Earth cross in front of our sun. They found 1,004 main-sequence stars (similar to our own sun) that may possibly have Earth-like planets orbiting them within the habitable zone. And 508 of those stars have a guaranteed “minimum 10-hour-long observation of Earth’s transit” when we pass in front of our sun.

Their study focused on just stars so the number of exoplanets that could be orbiting the more than a thousand suns with a decent view of Earth is yet to be determined. With the help from TESS and other technology, we’ll hopefully get an answer to that mystery in the near future. “If we’re looking for intelligent life in the universe that could find us and might want to get in touch, we’ve just created the star map of where we should look first,” Kaltenegger stated.

With 1,004 suns, there would most probably be at least a few planets orbiting some of them, so if there were aliens living on those planets, maybe they are spying on us. I wonder what they’re thinking…

Their paper was published in the journal Monthly Notices of the Royal Astronomical Society: Letters where it can be read in full.