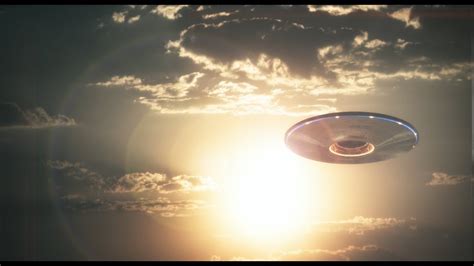 There are potentially serious consequences to ignoring UFO sightings.

It’s pretty clear that if advanced extraterrestrial life is regularly visiting us, we’d be at their mercy. Their technology would be so far advanced just in order to get here, that they could do with us as they please.

So when I hear stories of the world’s military forces opening fire on unidentified craft in their airspace, it makes me wonder, “what’s the point?”. Because if they’re alien, our weapons are useless anyway right?

The various military entities around the world must already be aware of this, so why does it happen? Well, most likely, they’re not firing on aliens, they do it just in case it’s not aliens.

…well, they’re at least not a threat we can control. Because aliens would be so advanced, we’d literally be unable to stop them from doing whatever they wanted.

So there’s really no reason to worry about something you have zero control over. Yet the world’s governments do take a very significant interest in UFOs, even if they won’t openly admit it.

Most people who believe in alien visitation believe that their motives aren’t so sinister. And they’re probably right – I mean, if aliens wanted to harm us, they would have done so by now and there’s little we as a species could do to stop them.

In reality, the reason UFO investigation is critically important comes down to who the real threat is…

That’s right. The true threat, one we can combat against, is other humans. Specifically, those who have technology that might give them the upper hand during a conflict.

And this is where our governments and military forces seem to be really focused. The US is scared to death that adversary countries like China or Russia could move past them technologically and be flying secret planes over their airspace with impunity.

One of the things that really riles up the UFO community, is that world governments are highly secretive about their findings. But once you take into account who the government really views as a threat, it makes sense as to why.

Because the real threat is other humans, you’d want to keep the information away from – other humans. Unfortunately, that leaves us where we are today; different arms of the same government don’t even communicate with each other about their findings. Everyone is afraid of everyone else.

Our governments have been hiding UFO research from the public for almost a century, and it’s not likely to change anytime soon.

Hopefully, as UFO research and information becomes more mainstream, our governments may be forced to open up in the future. For many hopefuls, this has been coined as ‘disclosure’.

While many believe that disclosure will come in the form of some major announcement, event, or one big push of information where all will come to be known, I suspect it will happen over a period of many years.

Disclosure may even happen happen over a few generations – and is likely happening right now. What we know today about our governments’ involvement in tracking, cataloging, & researching UFOs is much more than our parents knew.. and generations after us will know more.

Will we ever know the full truth? Possibly, but it might not happen in our lifetime.