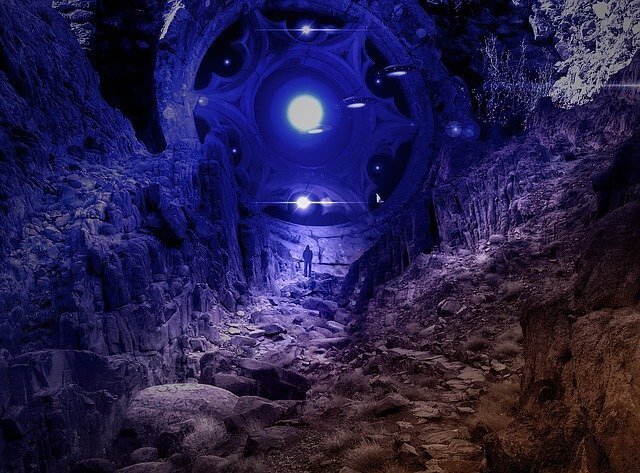 If you’re going to call yourself “Alien Mountain,” you’d better have some extraterrestrials, UFOs and other strange stuff. Welcome to Danigala Mountain in Sri Lanka, which has earned its nickname “Alien Mountain” because of its cylindrical shape, numerous UFO sightings, spiritual connotations and now … mysterious petroglyphs.

“In 28th July 2020, we have documented a new discovery of Petroglyphs that have been found in caves on the northwest slope direction of Danigala inselberg. Those bind runes are dominantly compared with other archeological sites in Sri Lanka and South Asia region. The type of symbols (bind runes) and petroglyphs found are quite new and for the first time discovered in Sri Lanka during archaeoastronomical and geological preliminary survey conducted by The Central Cultural Fund (CCF- Polonnaruwa-Alahana Parivena Project) with the corporation of South Asian Astrobiology & Earth Sciences Research unit of Eco Astronomy Sri Lanka.”

Heading for a hike on Alien Mountain?

In a new paper shared on the ResearchGate scientific networking site, Aravinda Ravibhanu Sumanarathna, an astrobiologist and exo-geologist at the South Asian Astrobiology & Earth Science Research Unit : Eco Astronomy Sri Lanka who is “researching fundamental of extraterrestrial life which corresponding to paleontological and pretological factors as a astrobiologist,” describes a new discovery of large petroglyphs on Danigala Mountain in the Uva Province of Sri Lanka. Sumanarathna calls it an “inselberg” because the cylindrical hill is isolated in a plain. The name “Alien Mountain” may have come from UFO sightings by local villagers, although specific accounts don’t appear in searches. However, it may also be because Sri Lankan mythology says Danigala was the location of the Royal Airfield of the mythical King Ravana – the demon king often depicted with 10 heads.

So, are these petroglyphs human, mythical or alien?

Oh, yeah … back to the petroglyphs. Sumanarathna describes Danigala as a place with “distinction of environmental elements relevant to archaeology, astronomy, biodiversity, and cultural factors makes this land unique.” That now includes the newly-discovered petroglyphs found in the Edakkal Caves, which were discovered in 1894 by British Officer F. Fawcett. Burial pits, pottery fragments and other artifacts put the age of the occupation of these caves at around 4,500-5,500 years ago, although the region itself was occupied as long as 125,000 years ago. The petroglyphs were discovered during a preliminary archaeoastronomical and geological survey conducted by The Central Cultural Fund (CCF- Polonnaruwa-Alahana Parivena Project) with the corporation of South Asian Astrobiology & Earth Sciences Research unit of Eco Astronomy Sri Lanka.

According to Ancient Origins, the petroglyphs are of humans, peacocks, plants, dogs, ladders, arrows, bow, and geometric signs and some measure up to 7.5 meters (25 ft) in length by 5 meters (16 ft) in height, and the paper states that they “are systematically not similar to any of the rock arts found in Sri Lanka.”

OK, we see where this is ‘headed’. The study concludes these petroglyphs are “a lost astronomical counting system” created by the Neolithic hunters, not aliens. While that’s not as exciting or game changing, it’s a big deal for the Sri Lankan government, which plans to open the area for “Geo tourism, Astro tourism, Archeo tourism and Adventure tourism via a multidisciplinary approach that enhances the well being of the local communities.”

And line their pockets with tax dollars?

Now you’re starting to sound like the demon king.