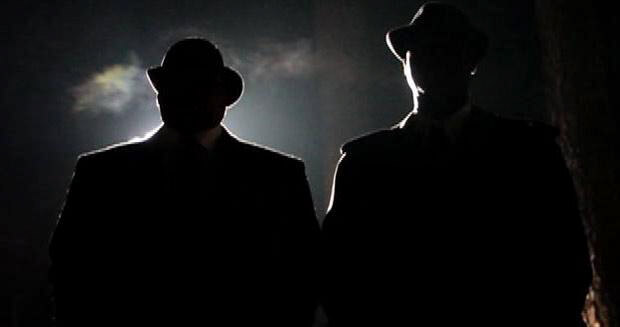 Today’s article serves to demonstrate the extent to which belief systems in the world of UFOs can change. You may recall that last week I wrote an article on how Gordon Creighton (a long-time editor of Flying Saucer Review magazine) came to believe, by the latter part of the 1970s, that the UFO phenomenon had nothing to do with real, living and breathing extraterrestrials. In his final years, Creighton was absolutely convinced that the UFO phenomenon was driven by the activities of the ancient Djinn. Rather than have me go over again what I said recently about Creighton, here’s where’s you can find that aforementioned article. After writing the feature on Creighton, I decided to take a look at the works of a number of friends and colleagues in the UFO field whose views on the nature of the mystery had changed to noticeable degrees. One of them was the late Brad Steiger, who died in May 2018. I had some correspondence with Brad back in 2010. Two years later, we were working together on The Zombie Book, for Visible Ink Press. It was a combined effort from me and Brad, one that proved to be quite popular. It was, after all, when The Walking Dead was flying high and zombies were big news.

It was during the process of putting The Zombie Book together that me and Brad really became good friends. And we stayed good friends up until when the tragic news surfaced that Brad had passed away. With that said, I’ll now show you another example of how a UFO-themed belief system can change – and change to a significant degree. And it revolves around Brad. Like me, Brad had a deep interest in the mystery of the Men in Black – those creepy, pale-faced, fedora-wearing creatures that began to surface in the UFO research field in the early 1950s. And who, to this day, continue to intimidate those who have had close encounters of the UFO type. In the early 1960s Brad was pretty sure the Men in Black were government agents – maybe our agents or, possibly, foreign agents. By the 1970s, however, Brad had come to realize there was something very weird about the MIB – namely, that they didn’t seem to be entirely human. At least some of Brad’s changes of opinions were provoked by the MIB-themed writings of John Keel in Keel’s The Mothman Prophecies. There’s more, though.

It was only a handful of years before he died that Brad’s views on the Men in Black controversy changed to a major degree. I’ll share his words with you. They show that when it came to the M.I.B., Brad had most definitely moved on from both secret agents and aliens. He said: “Now days whenever I review those days of encounters with the Men in Black, I am led to think of the mythological figure common to all cultures and known generically to ethnologists as the Trickster. The Trickster plays pranks upon man­kind, but often at the same time he is instructing them or transforming aspects of the world for the benefit of his human charges. Lost cultures view the Trickster as a primordial being who came into existence soon after the creation of the world. A number of Amerindian tribes referred to their Trickster figure as ‘Old Man,’ because they saw him as someone who was ageless, as old as time. The Trickster is usually viewed as a supernatural being with the ability to change his shape at will. Although basically wily, he may behave in a very stupid, childish manner at times, and may often end up as the one who is tricked. The Trickster lies, cheats, and steals without compunction. He seems often to be the very essence of amoral animalism.”

Brad concluded: “The Trickster figure is often credited with bringing death and pain into the world; yet, in some recitations, his own son was the first to die as a result. Perhaps one day we will learn the positive aspect of the MIB, the Trickster, the UFOnaut. As strange as it may seem, the MIB may merely be attempting to teach in their own strange ways the knowledge, or awareness, of powers that today exist only in our dreams of the future.”