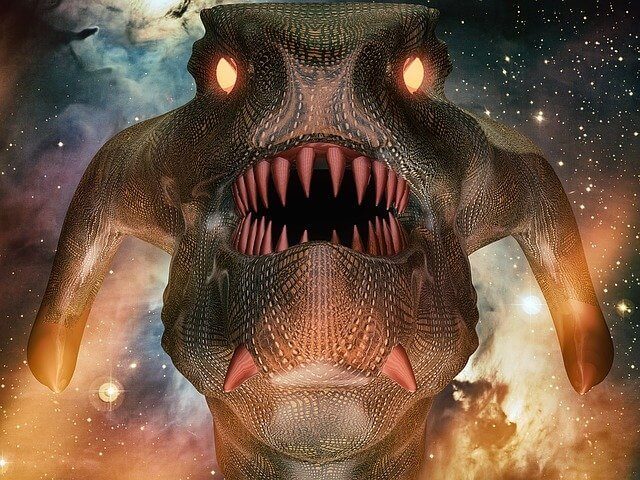 When most people think of sweat baths (the non-porn kind), they usually think of the ancient Romans or sometimes certain neighborhoods in New York City. However, archeologists trace the first (and possibly the best) steam rooms back to the Maya civilization which created the hot, steamy rooms in Mesoamerica somewhere around 900 BCE. Hot, steamy rooms in hot, steamy tropical lands? These rooms obviously had more ritual purposes than just cleaning out the pre-Columbian pores. A recent discovery in Guatemala reveals one unusual purpose of these steam rooms, the goddess associated with them and their connection to reptilian births. Wait … what?

“No other structure in Mesoamerica–sweat bath or otherwise–looks like this building. It would seem that when someone enters the front of the structure, they are entering the amphibian goddess who personified the sweat bath.”

You get the idea.

Smithsonian Tropical Research Institute (STRI) archaeologist Ashley Sharpe co-authored a study, published in the Cambridge Archaeological Journal, which described the discovery of this unusual Maya steam bath and the search for its unique purpose. Maya steam baths themselves are not unusual – they generally have vented roofs and a firebox and were often built outside the homes of the elite. However, some have been found inside other buildings and had attached rooms for changing or recovering. Most were built for cleansing the body and the mind, helping heal the sick, talking to the gods or members of the underworld, or for other rituals. This particular one was different.

“Linking notions of birth to reptilian figures, however, is not uncommon among the Classic Maya as they express the verb ‘to birth’ as an upended reptilian mouth glyph. What we see at Xultun is an example where this reptilian goddess, as well as the ideas and myths she embodied, are expressed as a physical place.”

Boston University archaeologist Mary Clarke, main author of the study, reveals in a press release that this bath, discovered at the Xultun archeological site in modern Guatemala and named ‘Los Sapos’, was used for birthing – a tool that midwives believed aided in the process and produced healthier babies. To aid in the process, the steam bath was dedicated to a Classic Maya goddess (name not known but possibly ‘ix.tzutz.sak’) who is depicted “squatting in a toad-like position with legs ornamented with iguanas and cane toads.” The steam bath appears to have been built around 250 CE and used for 300 years before being buried. It appears to have been discovered about 300 years later and put back into use – not for steaming but for making offerings to the reptilian goddess that further solidified the purpose of the original bath.

“Because of the iconography on the outside of Los Sapos and because we know it was a sweat bath, we have a rare case where we can associate the offerings–an infant, figurines of women, and frogs and iguanas–with the role the structure played in the community.”

“This supernatural figure is a ferocious embodiment of the Earth. When displeased, she may take revenge or withhold the things people need to survive. The offering at Los Sapos was both an attempt to appease this goddess and an act of resilience.”

The fire took place around 900 CE, at the end of the Maya civilization, so the people could have been negotiating with the gods to slow their demise. While the Maya are gone, their steam baths remain in the temazcal – round sweat lodges often run by shamans and popular in Mexico and Central America with tourists (when we could still be tourists … sigh).

Just be careful not to squat in one or you may get a surprise from the reptilian birthing goddess.