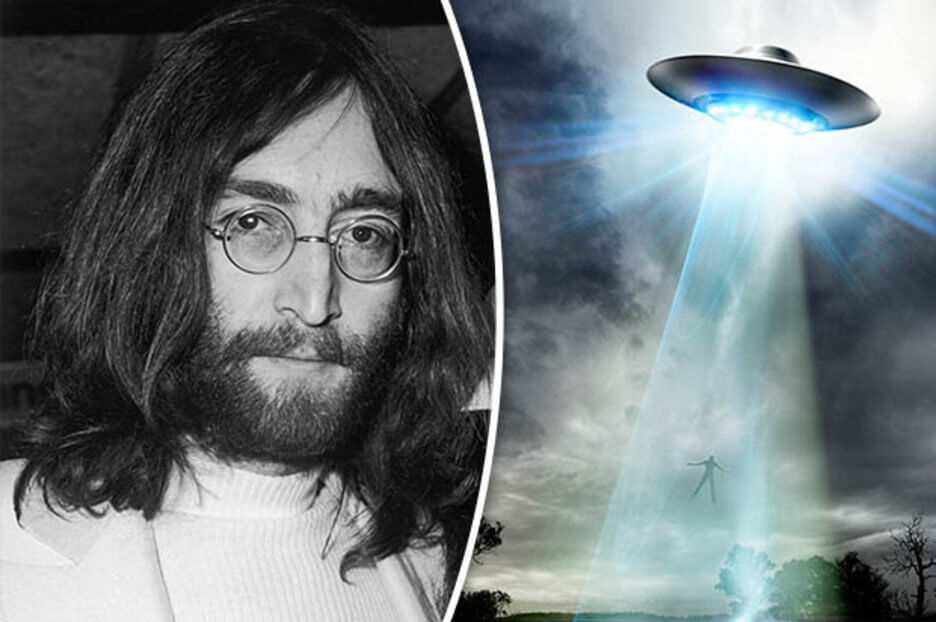 John Lennon would be as outspoken as ever as he approached his 80th birthday. What would he think our world today?

What if John Lennon had not been murdered forty years ago this coming December? If he’d kept his health, he would be turning 80 years old on October 9th.

Just like his band mate Ringo Starr turned 80 this year, and it seemed so right and normal.

If that octogenarian John were still with us today, he would be talking about Ringo’s favorite “peace and love,” but also the election, the coronavirus, Black Lives Matter, climate change, nuclear stockpiles, Unidentified Aerial Phenomena, and how our inhumanity to humanity was going to kill us all. He was the political Beatle and he would still rate that distinction.

Grow old with me

We all have our stories — those of us who were alive — just like others have had about the Moon landing, JFK’s assassination, and 9/11.

When Lennon died, I was a newly minted correspondent at CNN’s Hollywood bureau, probably the youngest network on-air journalist in the country at the time. In the office that day, his murder hung heavily over everyone. It was all you wanted to talk about.

The CNN assignment desk sent me and a crew to a high school in the San Fernado Valley to interview students who were probably nine years old when the Beatles broke up. But they knew what he meant to people, to society and to our culture. Kids were crying in the hallway.

The night before, right after the news broke, I called my brother to share my shock. His first response was that I was making too much of it so I hung up and searched for more sympathetic friends to call. A few minutes later, the phone rang. It was my brother. “I don’t know what I was thinking,” he said. “This is just horrible news.” It was just too much for him to process as real when I’d first told him what happened. It had to sink in.

The terrible irony was that the musician who wrote Imagine, and the activist who used his celebrity for bed-ins for peace, had been murdered. This meant that there were now going to be important moments in our cultural history that would never happen. The instigator of so much “good trouble” was simply gone.

Gone now for as long as he was with us

Three days before he died, Lennon sat down with Rolling Stone for an interview that went on for nine hours. In that time, he even speculated about how strange life was:

“I know we make our own reality, and we always have a choice, but how much is preordained? Is there always a fork in the road, and are there two preordained paths that are equally preordained? There could be hundreds of paths where one could go this way or that way — there’s a choice, and it’s very strange sometimes.”

The meme of John Lennon living out his life has been a strong one, witness the combined images of the meme at the beginning of this article. Recently, film hyphenate Richard Curtis used it to his full advantage in his film Yesterday.

A few years back, I spent about two years in a very deep dive into the break-up of the Beatles as research for my “what if” novel, Once There Was a Way: What if The Beatles Stayed Together?

While that doesn’t qualify me as an expert, it does give me enough perspective to have opinions. Here are just a few of mine:

Truth is, I can see John and Yoko cocooned in their Dakota Apartment even now, riding out the coronavirus. They would have an active Twitter account, and John’s would be some of the wittiest Tweets out there, like an angry Steve Martin. Whatever form he chose, I’d imagine him speaking bluntly about his feelings.

Let’s imagine John and Yoko sitting in front of their iMac doing a Zoom interview with a reporter, sipping tea, and fussing over whether the audio was being recorded from their USB mic or the main computer mic.

In the context of any such interview, taking place with an almost 80-year-old John Lennon in 2020, one thing would be absolutely clear. He would have come to hate Donald Trump and, being a fellow New Yorker, would likely have a story or two.

“Yoko and me, we saw him twice at parties. We actually thought he was hilarious, over the top from hello, but I never saw him as crossing over as a politician, you know? He was too vain. But now he’s just Mussolini with a hairpiece, and there’s nothing funny about him anymore.”

Something else Lennon could have provided us through his wisdom of eight decades is some perspective and analysis on the perfect storm of Trumpism, coronavirus and street protests for racial justice.

“It’s the 1960s all over again. People still have to march because the world won’t just end this insane human need to feel superior to someone. And we’re so divided we can’t even find common ground to fight a fucking disease that’s murdering a thousand of us each day. And, just like the Sixties, the only hope is young people and loud music.”

An older Lennon, celebrating his 80th birthday on October 9, would have told the story of his 1974 UFO sighting so many times he’d have lost count. He would still want to remind us that he’d seen one of the damn things, up close and for a long time, outside his New York apartment. His was not the passion of a liar but of a man who needed to bear witness.

“Why can’t the country just tell us what it knows after all this time? Gimme some truth, I said that fifty years ago. Have you seen those videos the U.S. Navy put out? The War Boys in the Pentagon say they don’t make them, and they don’t think the Russians or Chinese make them. Well, do the math, man. What are the options?”

Maybe I have his thinking down or maybe I don’t. We’ll never know, and we can all disagree. Certainly John Lennon had the power to surprise expectations.

In the last forty years, living his life in his own way, he might have had a few more changes in mind for us.

As we think about these anniversaries of his birth and his death, our thoughts go out to Yoko Ono, of course, who carried on bravely and with a wonderful spirit. A lot of Beatles fans had mixed or negative feelings about her, but she has won me over in these years where she lived without him. And to John’s sons, Julian and Sean, musicians in their own right, and sons who, like their dad, know how to speak their minds, we send our respect and love.

John Lennon could have had an entirely new second half to his life, something that was stolen from him in a few seconds by a lunatic with a gun in his hand and a chip on his shoulder.

What never was but could have been. You never completely get over that.