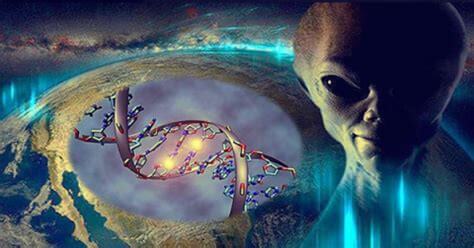 We have examined, on several occasions, various views of the Ancient Astronaut Theory, the possibilities of the Anunnaki, and the increasing evidence of advanced civilizations existing on Earth long before recorded history suggests. Civilizations that existed before The Flood, for example, which many researchers speculate has more truth to it, even if only in localized but significant events than just biblical legends. And as well we might. For such theories not only persist, refusing to be dismissed by “accepted” but disinterested scholars, but they have the potential to be revealing of the UFO and alien question, as well as our true collective origins.

Indeed, as we will look at briefly later, evolution simply seems to be at odds with huge parts of human history and provides little reason for our sudden actions and overly rapid development. And if we take out creationism (certainly the blind, dogmatic version offered by “religion”) then that leaves us to look at other outside influences. And furthermore, given that many ancient texts, traditions, and legends also suggest such outside influences, combined with the increasing number of researchers coming to similar conclusions, albeit at times hesitantly, it is something that would surely be detrimental to humanity to ignore. What are the real origins of the human race on Earth? Why did we progress so rapidly and to such advancements unlike any other animal on the planet? Ultimately, were humans brought to Earth hundreds of thousands of years ago? And if so, why, and from where?

Managing to answer these questions may prove as beneficial for our intellect and understanding as it would be for the general collective human psyche. Not to mention taking us a step closer to releasing, and realizing, the true potential of each one of us.

Perhaps one of the leading voices in the notion that not only are human beings, not the product of evolution (at least how we understand it) and instead subject to some type of inter-breeding (perhaps even geoengineered) is Dr. Ellis Silver. In fact, Silver even argues that human beings, or something close to, were likely brought or came to Earth from another planet, eventually interbreeding with Neanderthals resulting in the human race we know today. What’s more, Dr. Silver, offers several intriguing and scientifically documented reasons why this could be true.

His main point revolves around the fact that while Earth certainly ticks all the right boxes for humans to survive and even prosper, it isn’t an “ideal” home for us, certainly not as ideal as “whoever brought us here initially thought”. One would imagine if humanity had indeed evolved here it surely would be.

Silver compares the human condition with other species of animals indigenous to Earth. He cites, for example, how general chronic illness in humans, specifically chronic back pain, suffered by millions around the world, is a testament to humans’ disjointed relationship with the planet. Silver offers that this could be an indicator that the gravity on our “real” home planet was much lower than on Earth. This higher gravity is the cause of back pain, due to the relative tallness of humans, which results in strain on the back area as it supports the body. Ultimately, this results in chronic back pain.

Even the fact we stand tall, whereas most other creatures have a low center of gravity, have flat feet yet hands with opposable thumbs, and no body hair/fur (despite needing clothes for warmth) are all at odds with how our environment should have made us.