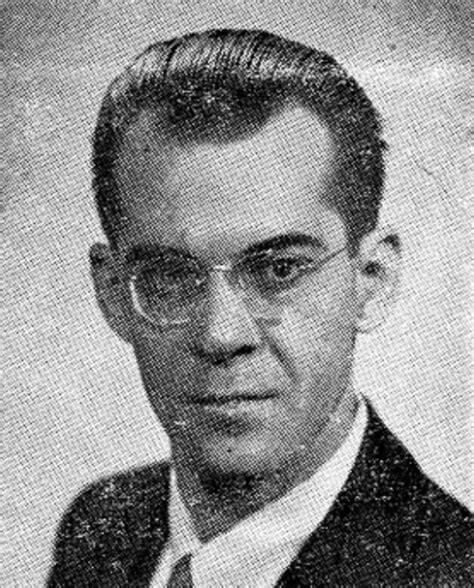 “There have been signs, symbols and objects in the skies of earth described as snakes, swords, lights and rockets. Slow-moving so-called meteors have zig-zagged their way above the clouds, and stratospheric explosions have rocked the land below. Mysterious rays stopped airplane motors over the world’s largest city as unidentified phantom planes puzzled the war departments of four nations. Ships and men were observed to drop from the heavens in isolated areas only to vanish.”

The rather bombastic passage above may bear a certain familiarity for some readers, particularly among those who have enjoyed the work of Charles Hoy Fort, that reclusive and often recalcitrant chronicler of all things “Damned” by the sciences. During the early part of the 20th century, Fort wrote of unusual phenomena in nature, penned in an idiosyncratic style of prose that paired florid passages with quick, jerky sentences. Ultimately, his unusual style of offerings would define an entire genre, and inspire other writers to seek out similar “forbidden” knowledge in the decades to come.

The quoted passage at the outset was not one of Fort’s offerings, however. These had been the words of one of Fort’s many admirers and imitators, although one that is perhaps too-often overlooked for his influence: Vincent Hayes Gaddis, an American writer who was perhaps best known for coining the term “Bermuda Triangle.”

Gaddis, born in Ohio in 1913, had worked as a writer in a number of career professions throughout the 1940s and 50s, before becoming a freelance writer. He also authored a number of books, among them American Indian Myths and Mysteries, a sensational contribution to the enduring genre of ancient mysteries, which was once described by Rutgers University historian William K. Powers as “histrionic and sensational, differing from Greek tragedy only in that it requires a deus ex machina beginning, rather than ending,” and an altogether “outrageous and intolerable book” similar in effect to the works of Erich Von Däniken.

In his article “Creators of the Paranormal,” Joe Nickel noted in the May/June 2016 edition of Skeptical Enquirer how Gaddis ultimately gave a name to the allegedly mysterious region of the Atlantic Ocean where ships and planes were said to go missing:

His article in the February 1964 Argosy landed on major American newsstands and gave the mystery area a definitive name and ominous tone: “The Deadly Bermuda Triangle.” Gaddis followed a year later with a book on sea mysteries, Invisible Horizons (1965), in which a chapter gave an alternate, even more ominous name for the area, “The Triangle of Death.”

It might be argued, however, that the Bermuda Triangle had not been the only paranormal concept that Gaddis had helped to develop with his writing. In the June 1947 issue of Amazing Stories, an edition of the popular pulp magazine famous for having put the so-called “Shaver Mystery” on the map, Gaddis contributed an article entitled “Visitors from the Void,” in which he described a number of instances of unexplained aerial phenomena. For example:

“In April a light was observed at Jefferstown, Ky., in the midnight sky. It was over Fisherville, to the east, size of a large cantaloupe, glowed and receded in brilliance like a heart throb, casting its light like a lampshade over the town. After ten minutes it vanished. On May 4 in the early morning there was a flash of light and an explosion reported over six states. Visible for three seconds. Buildings shaken.”

The emulation of Fort is obvious, right down to the sentence fragments and omission of copula (i.e. connecting words). However, what makes Gaddis’s 1947 article interesting apart from its unabashed Fortean derivation is the timing of the subject matter. In June of 1947, around the same time that his article appeared in print, the modern UFO phenomenon first entered the public zeitgeist with pilot Kenneth Arnold’s report of seeing “flying saucers” over Mount Rainer, Washington, on June 24th.

Obviously, Gaddis had to have written his article prior to June 1947 for it to have been included for publication in the edition of Amazing Stories for the month in question. Hence, his selection of subject matter could not have been influenced by the sudden media attention the “saucers” would be getting after Arnold’s sighting, which occurred just weeks later.

Another sample of Gaddis’s offerings from Visitors from the Void reads as follows:

“At 7:30 p. m. on the evening of June 1, 1945, something whizzed through the sky over Morganton, N. C, traveling northwest,” Gaddis reported in the article. “Tubular in shape, shiny, gleaming in the light as if covered with aluminum, five or six feet long, with a blue flame spurting from its tail. It disappeared in the vicinity of the mountains near Lake James and shortly later an explosive sound was heard.”

This description sounds almost reminiscent of the now-famous “Tic Tac” object or aircraft observed by Navy pilots in 2004, in association with the radar-visual UAP encounter reported by the Nimitz Carrier Strike Group at that time off the coast of southern California. With the exception of the “blue flame” the object produced, it is eerily similar in description to the object pilots Dave Fravor and others at the time of the 2004 incident described seeing.

It is also notable for the location, since Morganton, NC and the nearby Lake James are both near the area of Brown Mountain, which has long been associated with sightings of unusual nocturnal illuminations. This fact was not missed by Gaddis either, who noted the following:

“Near Morganton is Brown Mountain, scene of mysterious lights since the Civil War that are so puzzling that government geologists have conducted fruitless investigations. In my files is a long article on the Brown Mountain mystery that appeared in the Literary Digest for Nov. 7, 1925. These lights are about the size of a toy balloon, vary in color, move about, and appear and disappear abruptly.”

In addition to writing about aerial phenomenon in a way that seemingly anticipates modern UFOlogy (and only weeks before the appearance of flying saucers in the American media), Gaddis also notes a number of locations in his 1947 article which would later become staples of paranormal books and other media. For instance, Point Pleasant West Virginia also makes an appearance, as Gaddis describes an incident from October 11, 1931, where the alleged wreck of a dirigible was observed in the sky. “There were many witnesses who stated that the crash had occurred in the hills south of the city,” Gaddis wrote, noting that “White objects, believed to have been parachutes, fell with it,” as the mystery airship–of which no wreckage was ever found–allegedly went down.

More than two decades later, the town of Point Pleasant would become the famous epicenter of writer John Keel’s investigation into a mysterious “Mothman,” which became the focus of his 1975 book The Mothman Prophecies.

It is interesting (although very likely just coincidental) that Gaddis had managed to anticipate several aspects of the modern UFO craze, which would erupt in the months and years following his article in Amazing Stories. Thus, Joe Nickel’s acknowledgment of Gaddis as one of the many “creators” of modern paranormal subjects certainly appears to be accurate, and might even be extended beyond just his “naming” of the Bermuda Triangle.