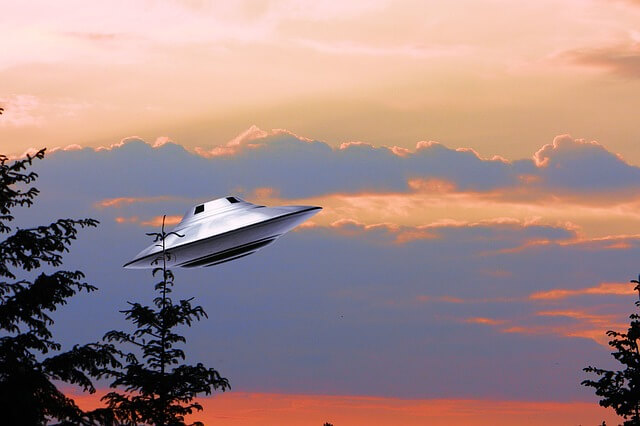 It was in the late-1970s when the FBI released into the public domain its UFO files. And, it was thanks to the provisions of the U.S. Freedom of Information Act. Around 1,700 pages of documentation were made freely available. Today, all of those documents (and, now, more) can be accessed at the Bureau’s website, . Contained within those files is one document that has largely been ignored or overlooked. Maybe, even, forgotten. It’s important, though, and dates from the latter part of 1957. Its title: “Reports of Flying Disks Foreign Miscellaneous.” It was prepared by a Legal Attaché at Havana, Cuba. And, almost inevitably, it wasn’t long before the story reached the media of Cuba. The FBI recorded the following: “The Havana daily newspaper ‘Diario de la Marina,’ November 12, 1957, carried a dispatch datelined November 11, 1957, at Pinar del Rio, Cuba, reporting that two witnesses who had just arrived in that town from the Matahambre Mines in Pinar del Rio Province, claimed that they had seen a flying disc in the shape of a man’s hat hovering over the general area of Matahmbre for several minutes. They claimed that this disc was larger than ordinary airplanes normally seen in that area and that it was completely silent in its flight. They said that it disappeared at a very high speed toward the sea. There was no further descriptive information furnished in this newspaper article. It is noted that Matahambre is located 90 miles west of Havana.”

Of course, as anyone with a knowledge of the UFO phenomenon will know, Flying Saucers were all over the place in the 1950s. This case is slightly different, however. A copy of the document was forwarded onto none other than the Central Intelligence Agency (CIA). As for the reason, it was because some CIA analysts were concerned that what had been seen was not a UFO but a U-2 spy-plane of the CIA, whose pilot was taking photos of Cuba. It was in 1955 – specifically in July of that year – that the legendary U-2 spy-plane flew at the Nevada Test and Training Range at Area 51’s huge runway at Groom Lake, thus cementing the range’s undeniable role in aviation history.

Richard M. Bissell, Jr., was a Central Intelligence Agency officer who, from 1961 to 1962, held down the job of the first co-director of the super-secret National Reconnaissance Office (NRO), which operates much of the United States’ satellite-based surveillance technology. Back in the early 1950s, and before his NRO career began in earnest, Bissell astutely realized that there was a deeply pressing need to keep careful watch on what the Soviets were doing, specifically in terms of constructing new military bases, atomic facilities, and aircraft that might pose distinct, serious threats to the security of the United States. So, a top secret plan was initiated to develop a fleet of aircraft – reconnaissance planes designed to fly very fast and extremely high – that could secretly spy on the Soviets, by penetrating their airspace and securing high-resolution photography of whatever it was that the Reds were up to. The aircraft was the aforementioned Lockheed U-2 and the operation was code-named Project Aquatone.

So, what does this have to do with UFOs? Well, let’s see. We have to turn our attention to a CIA paper written by Gerald Haines and titled “CIA’s Role in the Study of UFOs, 1947-90.” When, in 1997, Haines’ report became public, the media took a great deal of interest in its contents. For example, the U.K.’s Independent newspaper ran an article with the title of “US hid spy plane projects behind UFO hysteria.” In part, it stated: “Mr Haines, a historian at the National Reconnaissance Office, based his article on a review of CIA documents from the late 1940s to 1990. He described how the air force sought to deflect attention from development of its high-altitude experimental aircraft, the U-2 and SR-71. Early U-2s were silver and reflected the sun’s rays and often appeared as fiery objects to people below, Mr Haines said. They were later painted black. Air force investigators, ‘aware of the secret U-2 flights, tried to explain away such sightings by linking them to natural phenomena such as ice crystals and temperature inversions.’ By 1956 the air force internally had clear explanations for 96 per cent of UFO sightings, Mr Haines wrote, referring to the experimental aircraft. ‘They were careful, however, not to reveal the true cause of the sighting to the public.’”

Not only did the report state that 96 per cent  of UFO sightings had been solved; it also stated that a significant number of incidents could be applied to sightings of spy-planes, such as the U-2. When the report was released, some Ufologists scoffed. It has to be said, though, we know for sure that the CIA was informed of the UFO sighting over Cuba in 1957. Not only that: in the Project Aquatone files there is a brief reference to the newspaper story I mentioned in the first paragraph of this article. That would suggest the CIA really did, at times, use the UFO subject as a means to camouflage the activities of its high-flying spy-planes.